In the latest edition of Tennis Majors’ show Match Points, Marion Bartoli and journalists Ben Rothenberg and Simon Cambers discuss whether or not it should be required for players to talk about injuries during tournaments. 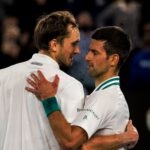 The ATP gap after the Big 3, and who can break through it? – Match Points #23
Next 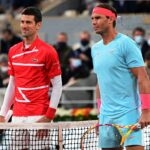 “Djokovic, Nadal and Federer are not ready to leave the place” – Match Points excerpt
The figures

After her loss to Jessica Pegula at the Australian Open, Victoria Azarenka aired out her belief that players should not be required to talk about their injuries.

“I truly don’t ever understand that rule of why, when somebody is sick, injured or whatever, they have to give their medical reason out in the world,” the two-time Slam champion told reporters. “I think that should be changed, unless players do want to talk about that, then they can. But it shouldn’t be a mandatory requirement for people to talk about their health issues. Even legally doctors should not release any information.”

Should injuries be public before matches?

Bartoli, a former Wimbledon champion, argued that players should not have to disclose their physical state prior to matches.

“As a player you don’t want to give away anything to your opponent, obviously,” Bartoli said. “So whatever is being reported is not going to be the truth. I don’t understand why we need to say, ‘I have this sort of injury.’ Let’s just keep it secret and that’s it.”

Cohen pointed out that for gambling purposes, it would be important, and Rothenberg gave his views.

“There is an integrity issue about injury disclosure,” Rothenberg agreed. “Inside information about someone being hurt or not hurt is a big factor in dubious betting things. You don’t want that becoming an even bigger market, for black-market information and reports coming from the training room about who’s got tape where and who’s feeling what. That would really intensify if there was more of an official blackout on health information…. If you’re playing with a sprained ankle torn abdominal muscle, it’s sort of relevant to the story of the match. If it’s something that’s going to affect performance, it’s something that the public is used to getting in sports and I don’t see a reason to eliminate that.”

Cambers agreed, but added that in addition to not being forced to disclose injury information, players also shouldn’t volunteer it if they don’t want to be asked about it by the media. That, Cambers claimed, was the problem with what Djokovic did at the Australian Open. The Serb said in an on-court interview that he had a muscle tear, but in the press room he backtracked and did not want to talk about it.

“I don’t think there’s any reason for a player to talk about an injury before a match,” Cambers explained. “You don’t want to give away anything to your opponent — I absolutely agree with Marion on that. The problem is what Djokovic did by saying on court that it was a muscle tear. It just led to a difficult situation. Fine, he doesn’t have to talk about. But don’t make a big deal about it on the court then.”