Change best-of-five format, but in what way? – Match Points excerpt

In the latest episode of Match Points, Noah Rubin, Ben Rothenberg, and Simon Cambers talked to host Josh Cohen about the debate between best-of-five vs. best-of-three in men’s singles at Grand Slams. 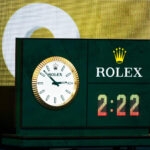 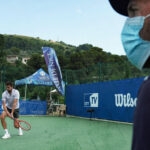 How should the tennis world handle a season with Covid-19? – Match Points #16
The figures

According to Noah Rubin, who has been vocal about changes that should take place in tennis, this opportunity should see the French Open take chances to drastically cut down playing times. They should not be catering to the traditionalists only, but also those who are watching on TV and the younger generation.

Simon Cambers and Ben Rothenberg hold rather similar ideas, with the best-out-of-three format being more in favour compared to the five-set format. Some points could be contended, like if the deciding set should still have no tiebreaks and if best-out-of-three should only be applied to week one of matches.

Cambers thinks that playing out the final set does not always reflect who the better player is, while Rothenberg considers a best-out-of-three with no tiebreak in the end to be the “best of both worlds.”

“But I think you could have a tiebreak, because the one thing I believe about this stuff is you hear the argument: ‘It’s a survival of the fittest; the fittest, the strongest must win,'” Cambers commented. “That’s not right. That’s not what it’s about. It’s about the best players coming through, it’s about digging deep when you need to. It’s not just about physicality that gets you through.”

“I think that marries all the best worlds,” Rothenberg noted. “You will get occasionally. some really crazy ones would go past 20-all but it maybe won’t happen once a tournament. And that would be epic. And I do think those kind of weird freak show matches are actually really good for the sport.”