Italy’s Matteo Berrettini is The Hammer, the man with the power and the game that is already making big waves in the tennis world.

At 1.96 metre and 95 kilos, Matteo Berrettini “The Hammer” is an imposing figure. When he enters the arena, he brings power and strength. On the court, the 24-year-old Italian hits the ball hard and leaves his opponents punch-drunk. He loves the big stage and in 2019 he entered the top 10 for the first time after reaching the semi-finals at the US Open. He also won two titles last year, on clay in Budapest and on grass in Stuttgart. With his weapons, Matteo Berrettini can crack any defence and he intends to use them to be the big winner of the Ultimate Tennis Showdown. 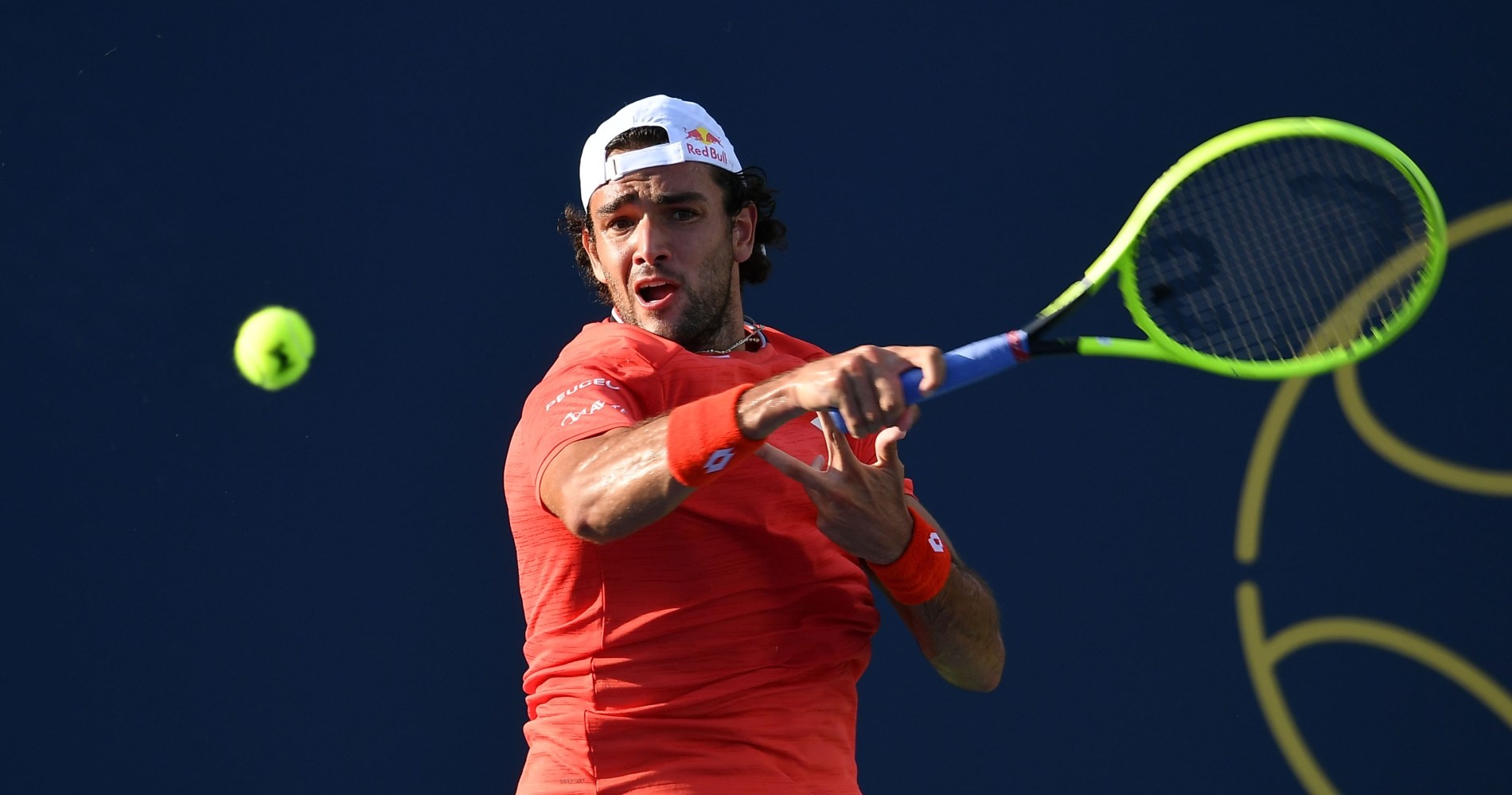 Matteo “The Hammer” Berrettini possesses a big serve and impressive forehand power. And when he steps inside the baseline, it is very difficult to stop the Italian.

“I like to put power on all my shots. I’m pretty big and tall I like to win the point with my strokes.”

When the ball arrives on the forehand of Matteo Berrettini, you can expect to receive a missile. “The Hammer” hits everything that moves with impressive force and slaps a lot of winners during his matches.

“I think it has a lot of spin and it’s tough to read, so you never know where it’s going. I can hit a winner from almost any position on the court.”

In 2019, Matteo Berrettini enjoyed good results on every surface. He won two titles, on clay and on grass, and reached his first career Grand Slam semi-final, at the US Open. “The Hammer” is a chameleon who can adapt himself.