The volley podcast #8: Wimbledon and the All England Club: pendulum swings between tradition and modernity

In the latest edition of The Volley podcast, Simon Cambers joins host Max Whittle for a deep dive into the fine line that Wimbledon walks between tradition and modernisation 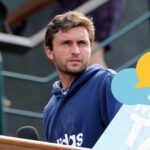 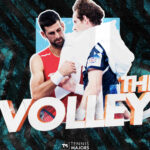 The Volley podcast #9 : Tokyo Olympic games and why it matters for tennis
The figures 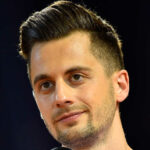 In the eighth episode of our podcast The Volley, host Max Whittle welcomes journalist Simon Cambers to talk about Wimbledon. The world’s most famous tournament has retained its traditions over the years, but is beginning to modernise.

KEY HIGHLIGHTS OF THE VOLLEY PODCAST #8

After the many slips in the first round, which led to Adrian Mannarino and Serena Williams dropping out of the tournament, Patrick Mouratoglou suggested putting pimples on the side of the shoes for better grip on the grass. But Simon Cambers explains that the All England Club will never agree to this because the most important thing (in their eyes) is not to damage the grass. (2’45 into the podcast)

In the early 2000s, Wimbledon changed the type of grass to favour the baseline game and not to see only serve and volley, which had been the case since the creation of the tournament. (5’40)

Wimbledon has managed to modernise over the years, with the arrival of the roof on Centre Court, but these changes are slow in coming and certain rules, which irritate the players, are still in place, such as the all white dress code. (9’40)

No more Middle Sunday from 2022. A big change because it had only happened four times in the history of Wimbledon, and now it is the new norm. The All England Club is shaking up its traditions and there will certainly be other changes, such as the dress code. (11′)

Simon Cambers takes us deep into the workings of the All England Club and its members (14′).

The All England Club wants to keep its inclusiveness while opening up a little more to another category of fans. (17’10)