How Thiem, like Nadal, has changed his game to win on hard – The Eye of the Coach #9

As Dominic Thiem prepares to face Alexander Zverev in the US Open final on Sunday night, we look back to episode #9 of Eye of the Coach, recorded in January, in which Patrick Mouratoglou describes how the Austrian has followed Rafael Nadal in evolving into a player who can win the biggest titles on hard courts. 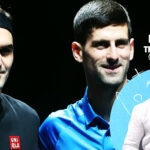 Federer has the game to beat Djokovic, who is ultra-favourite – The Eye of the Coach #8
Next 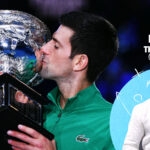 In The Eye of the Coach #9, recorded on the eve of the Australian Open final back in January, Patrick Mouratoglou describes how Dominic Thiem emulated Rafael Nadal‘s evolution to become a complete player who can win on hard courts. The Austrian had long been regarded as a clay court specialist but his victory in Indian Wells in 2019 and his run to the final in the Nitto ATP Finals that year, changed all that. After his win against Nadal in the Australian Open semi-finals, his first win against the world No 1 at a Grand Slam, Thiem was into his first hard-court Grand Slam final.

The Austrian has made some strategic changes in his game to be competitive on all surfaces, like Nadal. Thiem proved that he’s able to play really well on hard court by beating Roger Federer (Indian Wells 2019), Nadal (Australian Open 2020) and Novak Djokovic (Nitto ATP Finals 2019) on that surface.

“Physically, he is really a beast. He believes in himself because he won big tournaments. He beat the best players in the world. He is one of the few guys who are going to win Grand Slams in the next five years.”

Thiem leads Zverev 7-3 in their 10 meetings and has won their past three matches. While Zverev, who will be playing in his first Grand Slam final, has dropped six sets on his way through, Thiem lost just one and though the pressure is on him, having lost all three of his Grand Slam finals, he has the form and experience, which makes him the favourite.