Australia’s Nick Kyrgios completed a five-set victory over Ugo Humbert to reach the second round at Wimbledon. 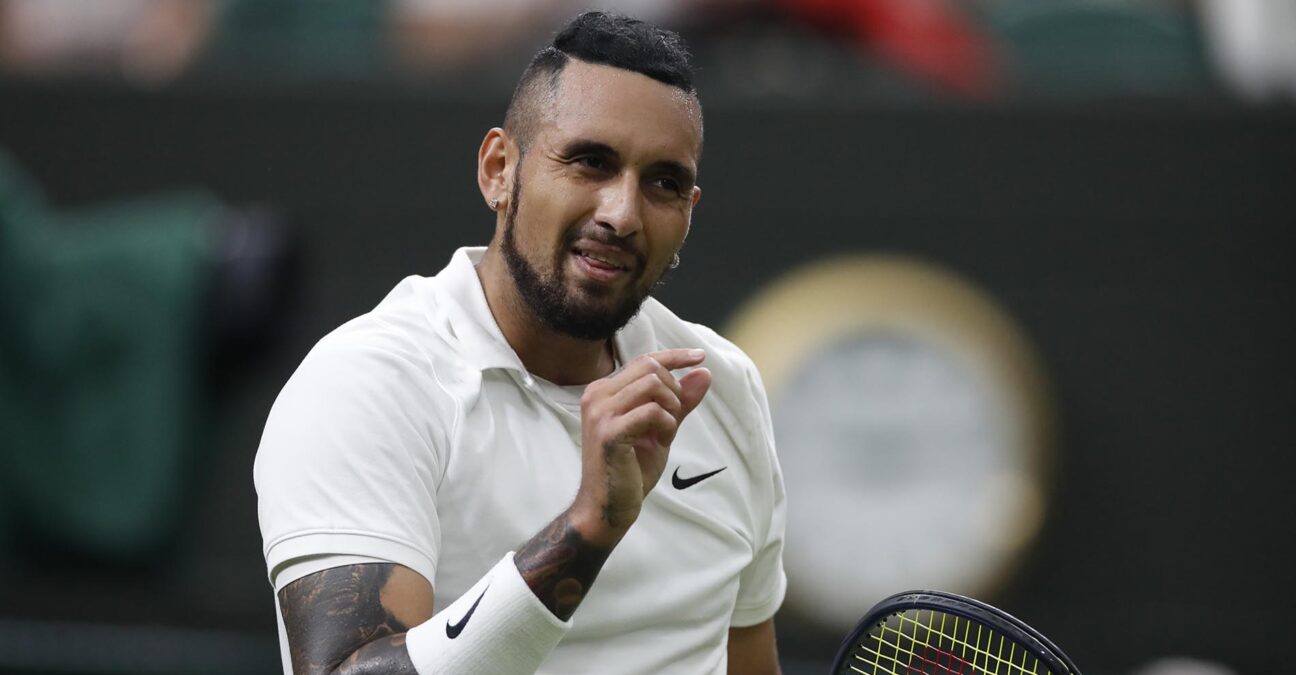