Ashleigh Barty did not make it easy on herself but she booked a spot in the last 32 at the All-England Club on Thursday. 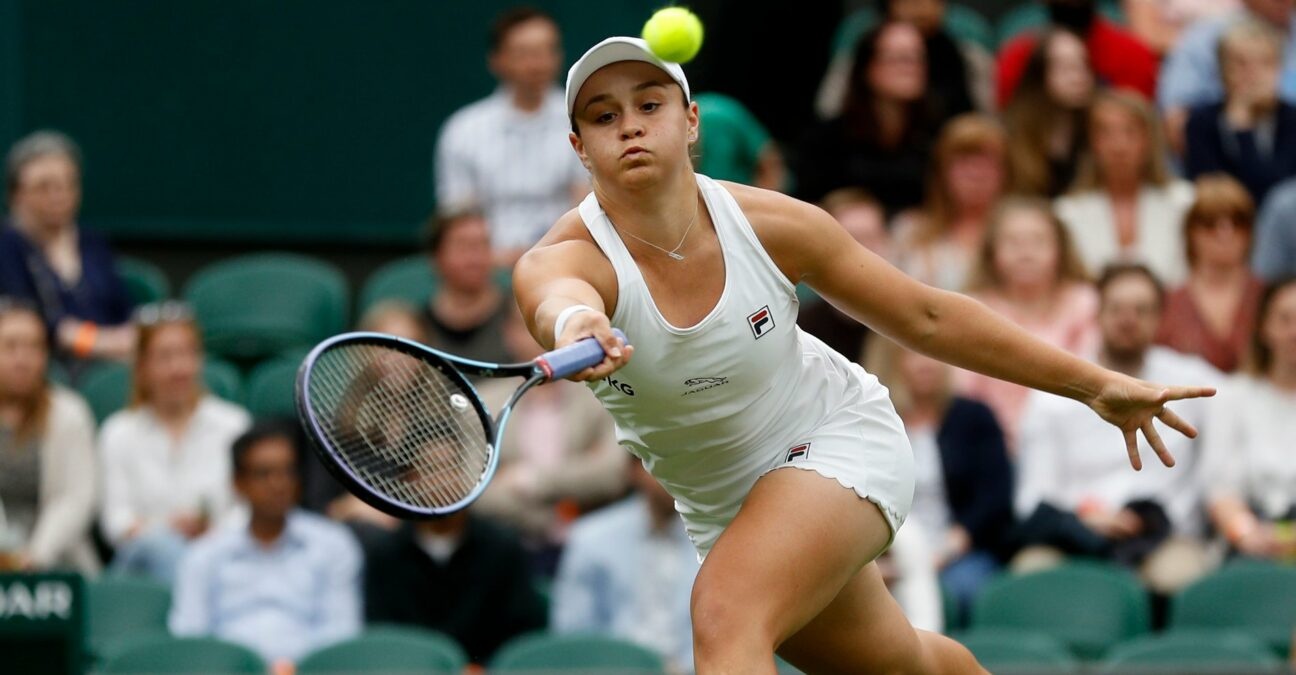 Ashleigh Barty at Wimbledon in 2021

Ashleigh Barty is through to the third round at Wimbledon after defeating Anna Blinkova 6-4, 6-3 on Thursday afternoon. Barty set up a meeting with Katerina Siniakova by prevailing in one hour and 29 minutes.

To say it was an unspectacular performance by the world No 1 — despite winning — would be a gross understatement. She double-faulted a ridiculous nine times and finished with a total of 33 unforced errors. Barty was broken three times, but she made up for it by converting five of 14 break-point opportunities.

“It just wasn’t quite there”

“It was a tough one,” the 25-year-old Australian assured. “A few things didn’t feel quite right today. That’s half the battle in sport — being able to find a way when it’s not feeling all that great. I felt like when my back was against the wall today, I was able to bring the good stuff. It just wasn’t quite there all the time. We have another opportunity to now go out on the practice court, work on it, try to bring some good stuff in the third round.

“I feel fine. I think it was just not a great serving day — certainly not something I’m going to blow out of proportion.”

Barty will have to raise her level as she continues her bid to reach the quarter-finals at the All-England Club for the first time in her career. Things could get a lot tougher against Siniakova, who is 6-1 on grass this summer and coming off a runner-up performance in Bad Homburg.