With just three grass-court matches under his belt, Carlos Alcaraz knows he has a lot of work to do before he can dominate on the surface. 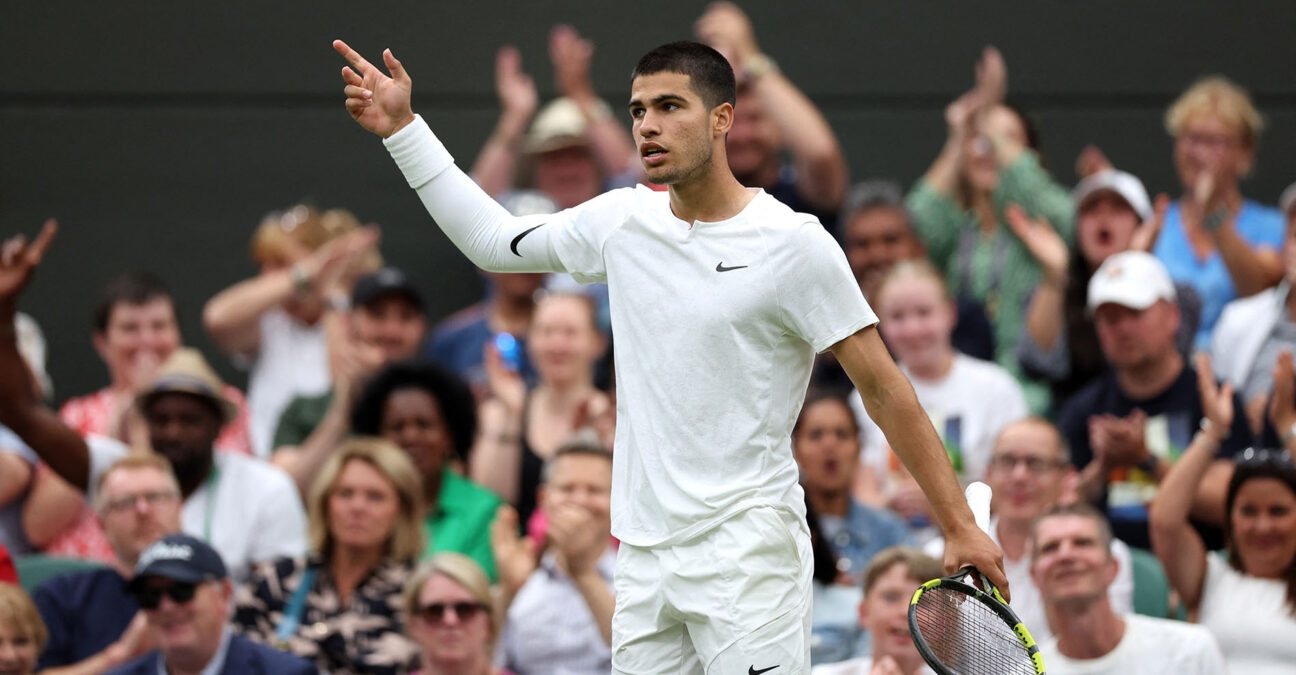 Carlos Alcaraz used pinpoint serving and his trademark grace under pressure to survive a five-set battle with Germany’s Jan-Lennard Struff on Monday at Wimbledon.

The 19-year-old believes it was a step in the right direction, and he knows he has a lot to learn about a surface that has only played three ATP-level matches on.

“I don’t feel the pressure because I rank myself not one of the favorites to win this tournament,” he told reporters on Monday. “Obviously if I play well, I have level to win the tournament. But there are a lot of more experienced player on grass, more players play better on grass than me.

“I don’t feel the pressure. Just still get experience play on grass and enjoy every match.”

Serve and volley not as easy as it looks

Serve-and-volley may be a staple of classic grass-court players like Pete Sampras and Roger Federer. Even Novak Djokovic, the six-time Wimbledon champ, has become efficient with the tactic.

But for Alcaraz, it is very much a work in progress. It was a project that he abandoned on Monday when it paid no dividends.

“I did a couple of times, and I lost every time that I did serve-and-volley,” he said. “I didn’t want to try again the serve and volley. I mean, for me is tough to do serve-and-volley. Here everything is going faster. I don’t go fast to the net, so is tough to hit the first ball not too close to the net.

“I mean, this one thing that I wanted to do in a match, but for me is tough.”

Alcaraz on grass – I will improve (the movement)

Alcaraz will try to reach the third round when he faces Dutchman Tallon Griekspoor in the second round. He’s at the stage of his career where every single match is another chance to grow his game and become more comfortable with the movement on the slippery surface.

More specifically, Alcaraz says he will target his movement, with the goal of become a more efficient and stable mover.

“The movement, you have to be more focused on that than the other surface.” 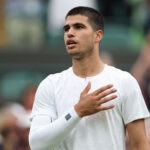 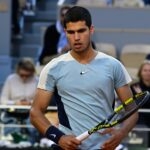