With two sisters in the LPGA’s top-15 and a dad that is a former Grand Slam champion, Sebastian Korda doesn’t need to look far for inspiration. 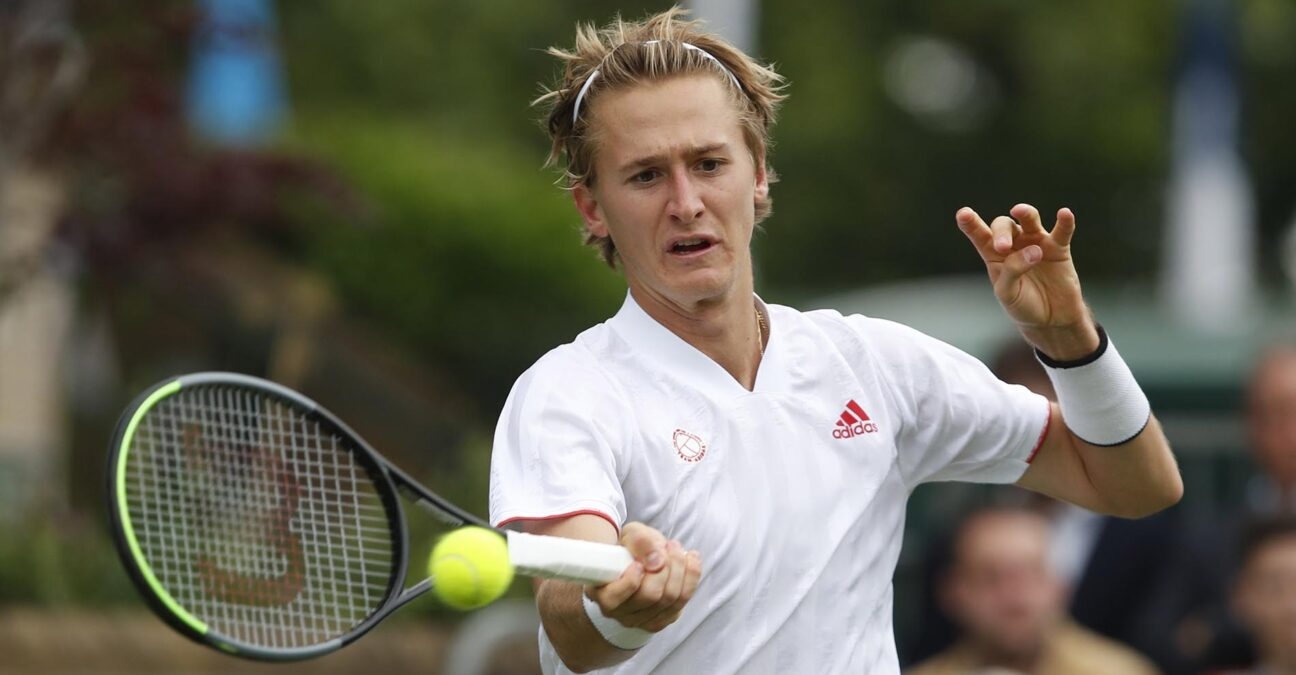 Tennis – Wimbledon – All England Lawn Tennis and Croquet Club, London, Britain – June 29, 2021 Sebastian Korda of the U.S. in action during his first round match against Australia’s Alex de Minaur

Just a few days after his older sister Nelly wrapped up her first major title on the LPGA Tour, Sebastian Korda is into the third round on his Wimbledon debut.

Does Korda take inspiration from his sisters, Nelly, ranked No 1 on the LPGA Tour, and Jessica, ranked 13? You better believe it!

“It was super big, when my oldest sister (Jessica, 28) won her first title of the year I was in Quimper (a challenger event in France), the night before I played my first round and then I won the title, it’s cool we always have this competitive edge and we’re always inspiring [each other], all three of us.”

Korda said he was with his father, Petr, the 1998 Australian Open champion and now his coach, in their hotel room in London, when they witnessed Nelly make history for the family.

“I was with my dad watching in his room, it was super nerve wracking, especially when my sister, on the 15th hole, she dumped it in the water, so it was definitely some stress there, but yes, she held herself so well and especially to close it out how she did, with such a long put and making par, both of me and my dad were super emotional and super happy for her.”

Forging his own path

He’s not in the top-20 like his two sisters, or his father, who reached a career-high ATP ranking of No 2, but Sebastian is clearly on the path to higher ground. He took out No 15-seed Alex de Minaur on his Wimbledon debut, which was a notable victory, given that De Minaur is excellent on grass and had just claimed the title at Eastbourne.

“I think my game is really comfortable on grass,” Korda said on Tuesday at Wimbledon, adding: “I think I move pretty well for how tall I am, I love to be aggressive, I love to come to the net, and I hit a pretty big ball so I think it works really well on grass.”

On Wednesday Korda took out France’s Antoine Hoang, 7-5, 6-4, 6-4, to set a mouthwatering clash with Great Britain’s Dan Evans in the third round.

Top-ranked American by end of 2021

Playing in just his fourth career Grand Slam main draw, the 20-year-old, who will turn 21 on July 5, is proving that he is a potential top-20 talent, perhaps even top five.

On Wednesday ESPN commentator and former world No 4 Brad Gilbert gushed when speaking about Korda, saying that he would be the No 1 American by the end of the season without a doubt. Gilbert knows a lot about Korda because he used to coach Andre Agassi, who is now a mentor to Korda.

Korda is currently the fourth-ranked American, behind No 32 Reilly Opelka, No 33 John Isner and No 40 Taylor Fritz.

Korda told Tennis Majors that he communicates with Agassi every day, and added the eight-time major champion had to take a nap after watching his first-round win over De Minaur from several time zones away, in Las Vegas.

“I’m always in contact with Andre, he’s special to me,” said Korda.

Wait and see on Olympics

Korda’s ranking is good enough to qualify him for the Tokyo Olympics, but he told reporters on Tuesday that he isn’t sure if he’ll compete. He has been selective about his schedule in the past, and skipped this year’s Australian Open in order to get more matches at the challenger level.

“I didn’t make a decision yet on Tokyo,” he said. “After Wimbledon, I’m going to see after this tournament I’m going to talk with my team, sit down and decide what’s the best move to do.”

He’s hoping he won’t have to have that sit-down for a few more days. Right now things are going well at Wimbledon.