Only Grand Slam on grass, Wimbledon is the main event of the grass swing on the tours. Here all you need to know about the 2020 edition of The Championships. 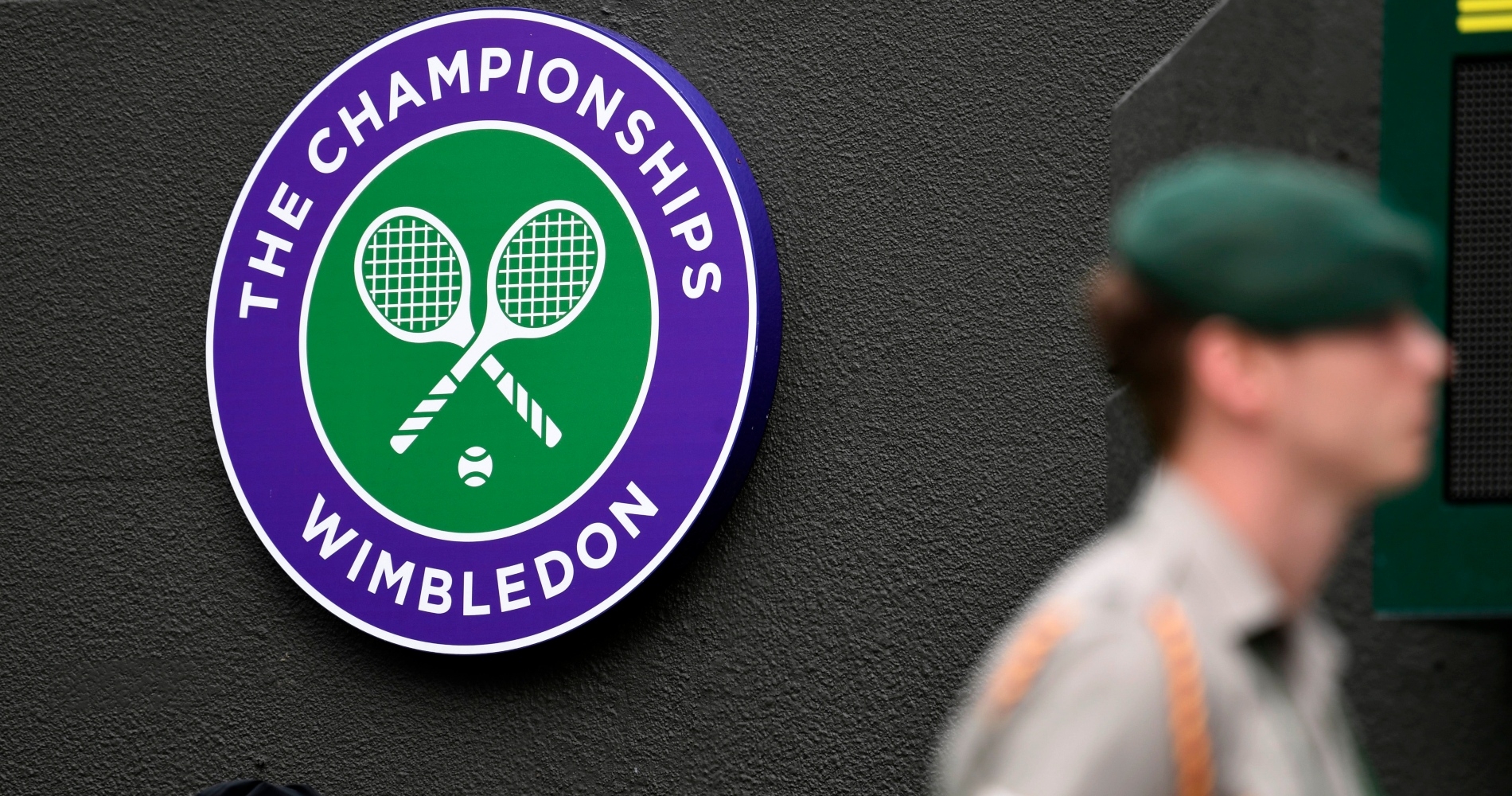 Where do the Championships take place ?

The tournament is taking place at the All England Lawn Tennis and Croquet Club, also called the All England Club, since the beginning, in 1877. He is located on Church Road in Wimbledon, a district from London. The tennis complex has 18 grass courts used for the tournament. 15 permanent ground staff work on site, as there are also 20 practice grass courts and 8 American clay courts. 28 staffers relay themselves during the tournament period. The main court is called the Centre Court (14 979 people). He has been equipped with an amovible roof since 2009. The other “Show Courts” are the Court N.1, also equipped with an amovible roof since 2019 and with a capacity of 12 345 people, and the Court N.2 (4 000 people). The new Court N.2 was inaugurated in 2009. The old Court N.2 is now the Court N.3. 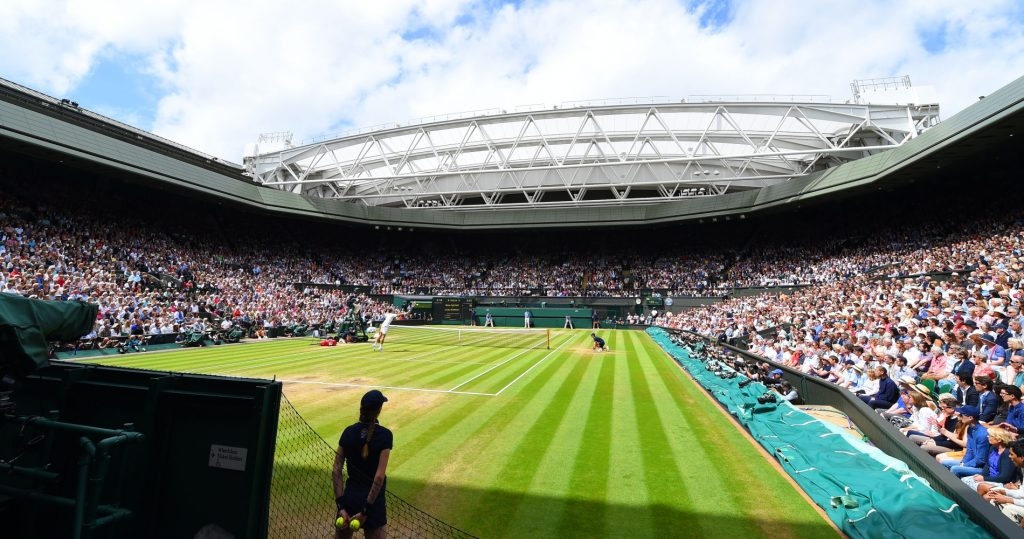 What are the dates for the 2020 Championships ?

The tournament was scheduled from June 29 to July 12 in 2020. Due the coronavirus pandemic and public health concerns related to it, the AELTC cancelled the 2020 edition in an April 1st statement.

It is with great regret that the AELTC has today decided that The Championships 2020 will be cancelled due to public health concerns linked to the coronavirus epidemic.

What is Wimbledon’s schedule ?

Here is the Provisional Championships Schedule, day by day : 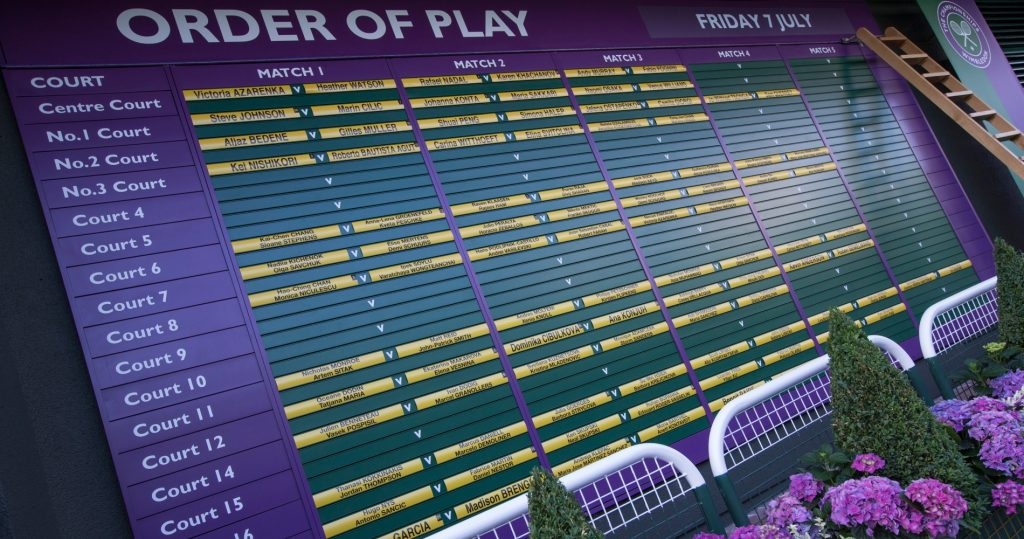 How to get tickets for the Championships ?

Several methods are used to get tickets for the tournament. The first phase is the Wimbledon public ballot, first launched in 1924. The registration period was from September 9 to October 21 2019, then the application period was from November 1st to November 30 2019. You can ask for a pair of tickets, two separated tickets or one single ticket. The ballots started in January 2020, with the single/two single tickets are balloted once all the pairs have been offered, Ballots will be run right up to The Championships. Returned or declined tickets are continually re-balloted right up to The Championships. It is not possible to request tickets for specific days or courts, as the day and court offered are chosen randomly by a computerised selection process. It is not possible to swap days and courts. The prices for the 2020 tournament on the Centre Court go from 70 pounds (around 82 dollars) for the first day to 240 pounds (around 280 dollars) for the last day.

There are two other buying options. “There are several hundred Centre Court and No.3 Court tickets available for purchase online, explains the official website. Returned tickets are on sale 48 hours before the day of play. Reserved tickets are on sale each morning for the following day’s play. There is a strict limit of two tickets per person/address/credit card for any single day of The Championships. These tickets can sell out in seconds and are sold on a strictly first come, first served basis”. 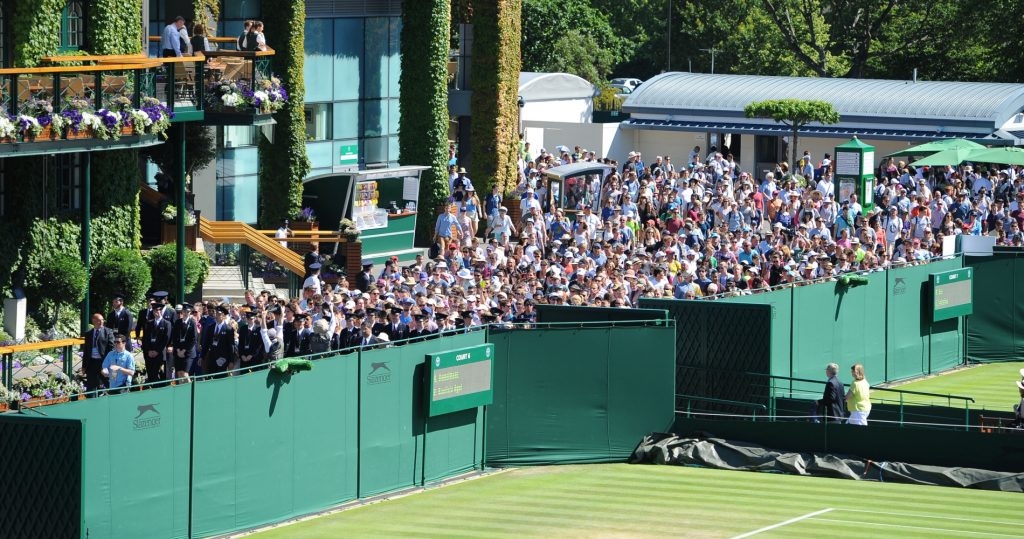 Last there is “ The Queue”. Wimbledon tradition, here is the procedure, as explained on the official website. Tickets are sold strictly on the basis of one per person queuing. “A limited number of tickets are available daily for Centre Court, No.1 Court and No.2 Court, except for the last four days on Centre Court, when all are sold in advance. In addition, several thousand Grounds Passes are available each day at the turnstiles entitling use of unreserved seating and standing room on Courts No.3 – 18.” You must camp in Wimbledon Park to have a chance to obtain tickets for the “Show Courts”, as stewards awake campers at 6am to enter “The Queue”. Finally, “subject to availability, you can purchase returned Show Court tickets, not before 3pm, for 15 pounds for Centre Court tickets and 10 pounds for No.1 and No.2 Court tickets, from the Ticket Resale Kiosk north of Court 18 near the top of St Mary’s Walk. The proceeds from Ticket Resale are donated to the Wimbledon Foundation.”

What are The Championships’ draws ?

Final draws are completed the last Friday before the tournament’s beginning. Here is the Gentlemen’s singles draw from 2019, here the Ladies’ singles draw and here all other draws.

Why do players have to wear all-white outfits in Wimbledon ?

Wimbledon tradition, this enquiry to wear all-white outfits for the players, or at least most-white outfits, doesn’t have a specific origin. The tournament specifies nonetheless on official website what’s authorized or not. The officials, ball boys and ball girls are dressed since 2006 in navy blue and cream uniforms from Ralph Lauren. 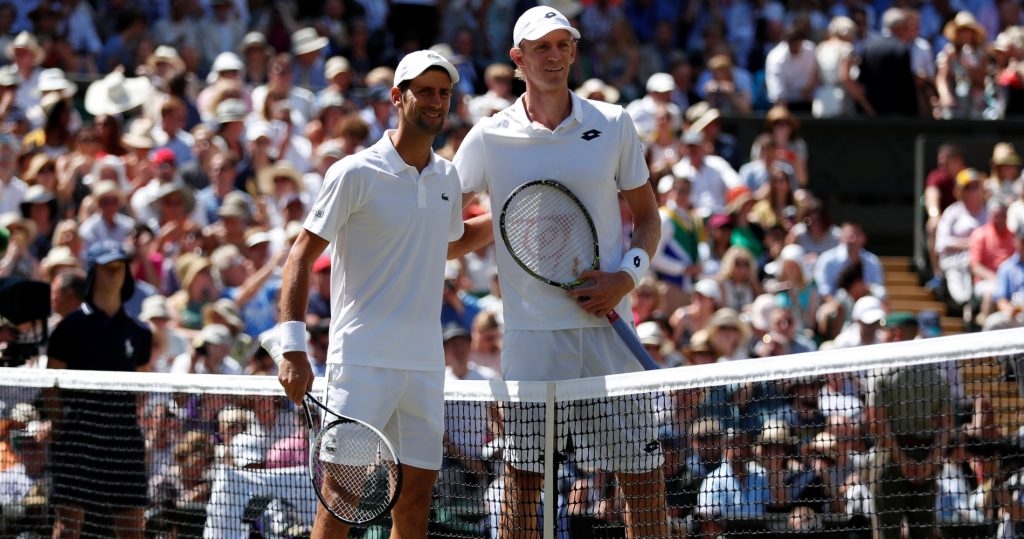 Who are The Championships’ holders ?

Novak Djokovic and Simona Halep have won respectively the Gentlemen’s singles and Ladies’ singles tournaments in 2019. The Serbian, no.1 seed, beat Roger Federer (N.2) in a thriller in five sets (7-6, 1-6, 7-6, 4-6, 13-12). This was the longest Wimbledon final in history (4h57). Halep crushed Serena Williams in the final (6-2, 6-2) and won his second Grand Slam, the first at Wimbledon, losing only one set during the whole tournament.

Who are The Championships’ winners ?

The tournament has been held since 1877 (1884 for ladies). The record-holder for most wins in Gentlemen’s singles is Roger Federer, with 8 titles in London, between 2003 and 2017. Wimbledon winner five consecutive times from 2003 to 2007, a feat also accomplished by Bjorn Borg from 1976 to 1980, the Swiss also lost four finals (2008 against Rafael Nadal, 2014, 2015 and 2019 against Novak Djokovic). The record-holder for the ladies is Martina Navratilova, the Czech who became American, with 8 titles between 1978 and 1990. She won The Championships six consecutive times between 1982 and 1987, and also won the ladies’ doubles seven times and the mixed doubles four times, for an all-time record of 20 total titles ! The complete list of winners is available on the official website. 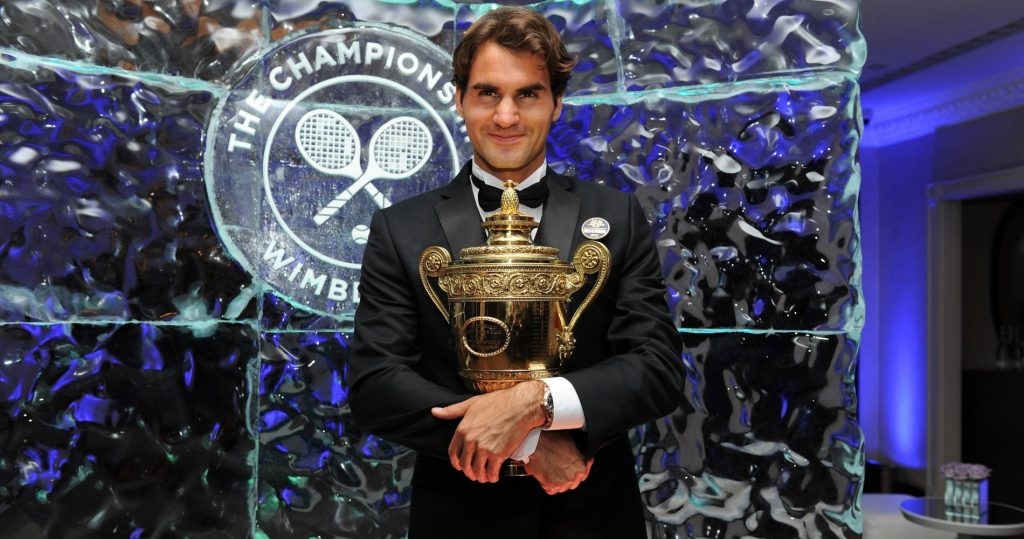 What is the prize money for The Championships ?

Here is the full prize money from the 2019 edition for the singles’ draws :

Which channel is showing Wimbledon ?

The BBC is the official The Championships broadcaster since 1927. The rights are running until 2024. In the United Kingdom, the Wimbledon Finals have to be shown live and in full on terrestrial television by government mandate. ESPN is the exclusive broadcaster of Wimbledon since 2012, making it the second Grand Slam with an exclusivement on pay coverage in the United States, after the Australian Open. The complete list of broadcasters all around the world is available on the official website.