American Amanda Anisimova was the big winner on day one of the Internazionali BNL d’Italia in Rome on Monday as she survived heat and blisters to upset No 16 seed Donna Vekic. 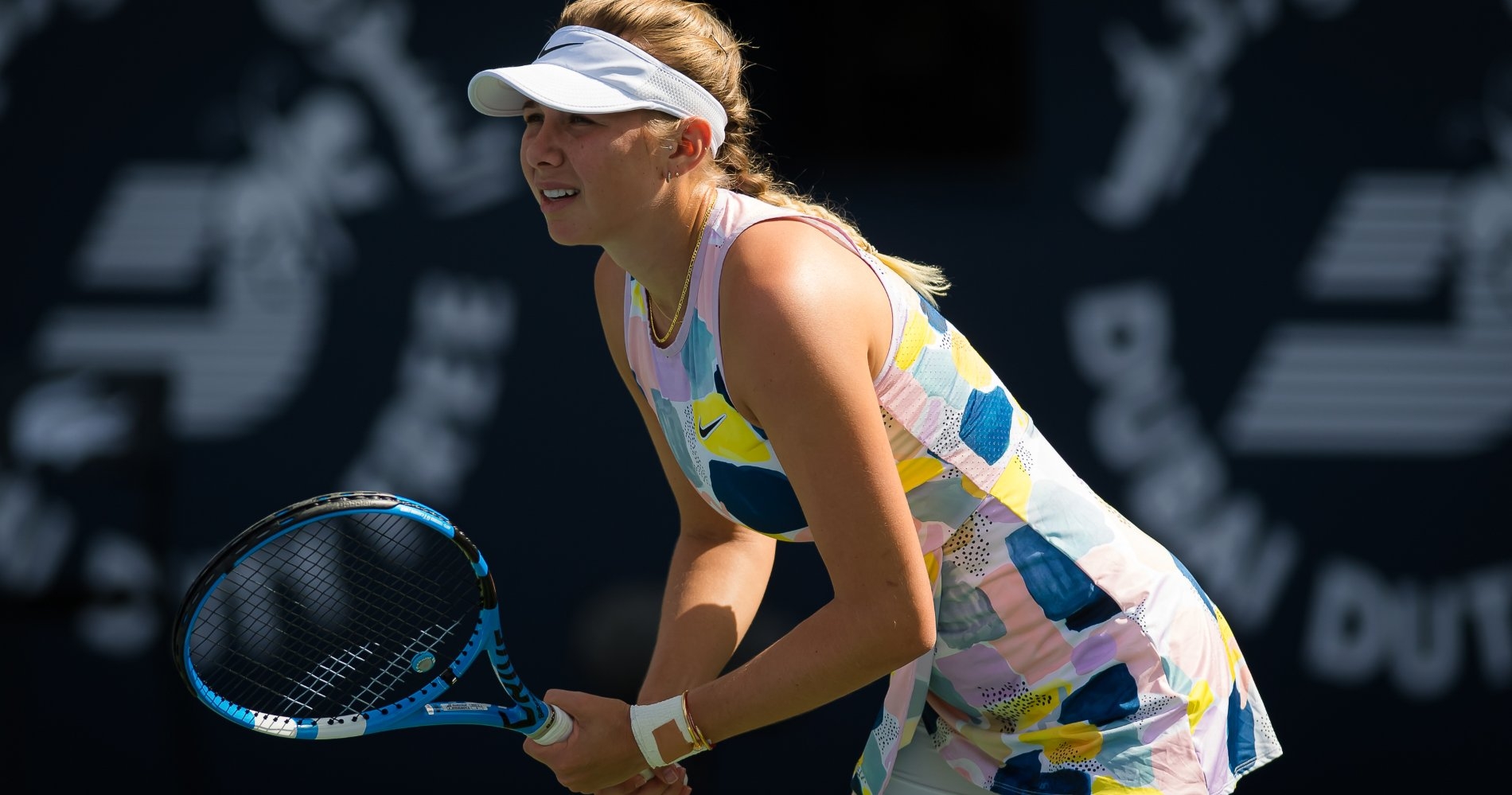 The 19-year-old American revealed on Instagram, in the comments section of one of her posts, that she had tested positive before the Abu Dhabi tournament in early January 2021

Elise Mertens, the No 11 seed who performed superbly in the United States, was too solid for Su-Wei Hsieh, winning their first-round battle 6-3, 6-1 while Barbora Strycova also advanced, ousting Veronika Kudermetova 6-3, 6-3.

The No 16 seed, Donna Vekic, was the first seed to go out in the women’s competition, though there is no shame in losing to Amanda Anisimova, the American teenager who reached the semi-finals at the French Open last year. Vekic had chances to take it to a third but Anisimova held on despite the pain of a blister that popped and the searing heat, which made life tough for everyone.

No 13 seed Alison Riske soon joined her on the sidelines. The American, at her best on faster surfaces, was beaten 5-7, 7-6 (4), 6-3 by Spanish qualifier Aliona Bolsova.

Anastasia Sevastova beat Coco Gauff in round one of the US Open but clay is a different animal and she was taken out 6-2, 6-3 by Jasmine Paolini, the Italian ranked 99.

Dayana Yastremska’s partnership with coach Sascha Bajin, the former hitting partner of Serena Williams and the man that coached Naomi Osaka to her first two Grand Slam titles, ended after the US Open, but the Ukrainian seems fine on her own as she battled past hometown favorite Camila Giorgi, 7-5, 6-7(5), 6-4, to book a spot in round two. The victory for the 20-year-old avenges a loss to Giorgi from a few weeks back in Palermo.

I would like to announce that after the Us Open, I decided to stop my cooperation with Sasha Bajin. I want to thank him for everything and wish him a good luck! It was a good experience for me.💪🏼 pic.twitter.com/siDNJ1rc3W