Karolina Muchova’s medical timeout dominated Ash Barty’s news conference after the top seed crashed out of the Australian Open on Wednesday. Muchova was trailing by a set and a break. 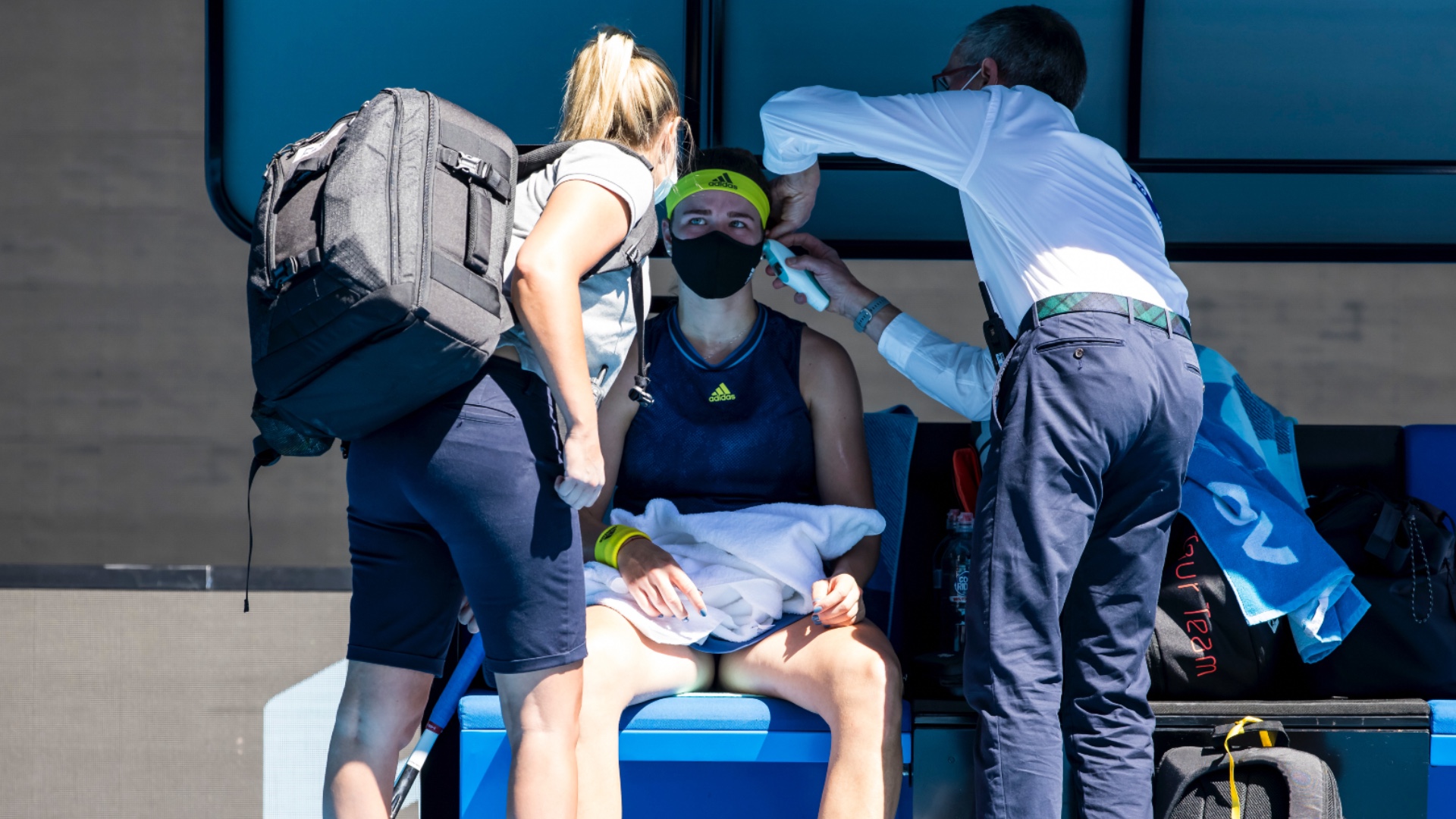 World No 1 Ash Barty refused to criticise Karolina Muchova’s reasoning for a medical timeout after she was surprisingly beaten in the Australian Open quarter-finals.

Barty’s bid to become the first Australian woman to win the Melbourne major since 1978 came to a shock end on Wednesday, upstaged by 25th seed Muchova 1-6, 6-3, 6-2.

Winner of the 2019 French Open, Barty raced through the opening set in 24 minutes and led 2-1 in the second before Muchova requested an off-court medical timeout in Rod Laver Arena. It was a turning point, Muchova returning reinvigorated as the unheralded Czech reached her maiden major semi-final in remarkable fashion.

The 24-year-old revealing during her on-court interview, “I was a bit lost [gestures at head] on the court and my head was spinning so I took a break. It helped me.

“It was more they just checked my pressure because I was a bit lost. I was spinning. So they cooled me down a bit with ice and it helped me.”

Asked about Muchova’s actions, Barty told reporters: “It’s within the rules. She’s within her rights to take that time. If she wasn’t within the rules, the physios and the doctors would have said so. That’s the laws of our game, is that we have those medical timeouts for cases that are needed. Obviously she needed that today. Completely within the rules for her to take that.

“From my point of view, I’ve played a lot of matches where there have been medical timeouts. I’ve taken medical timeouts myself before, so that shouldn’t be a massive turning point in the match. I was disappointed that I let that become a turning point. I’m experienced enough now to be able to deal with that. It’s a disappointment today without a doubt. But we learn and we move on.” 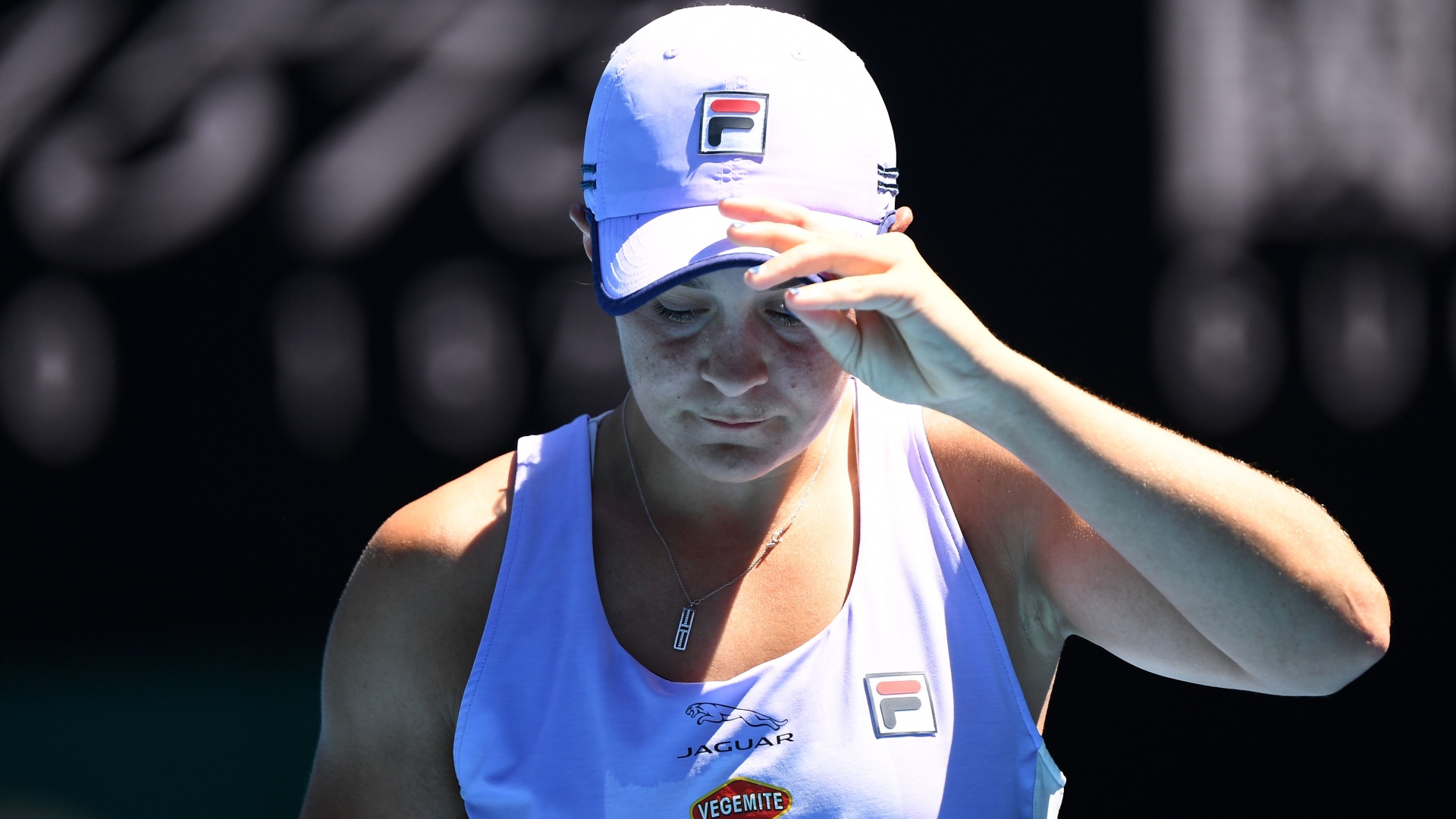 Barty added: “I would have liked to have just been a little bit sharper the next game. Started well with the first point, just made a couple loose errors in that game. I think for the rest of the set, that was the story, it was just over and over-made. Probably pressed a little bit trying to be overly aggressive.

“Had some break points, I think it was that three-all, that was probably a bit of a critical game in the momentum there for the second set. Just disappointed with the fact that I wasn’t able to bring the match back on my terms after she took that break.”

“I didn’t hear what she said when she called for the trainer,” Barty continued. “That’s not my decision. When you call for the trainer, you obviously tell the umpire what the reason is. And then the doctor and physios come out and assess it. That’s within the rules. For me, that’s not really my decision and not my concern what she took the medical for.

“Obviously there are rules when we go off the court for whatever areas you’re getting treated because that’s quite normal. But, yeah, that’s not really my decision to make on whether or what her medical condition was or what the timeout was for.”

Barty, who tallied 31 unforced errors in the final two sets having only managed six in the first, admitted, “It’s heartbreaking, of course. But will it deter me, will it ruin the fact we’ve had a really successful start to our season? Absolutely not. The sun will come up tomorrow. We go about our work again. You’re either winning or you’re learning.

“I think today is a massive learning curve for me, for Tyz [coach Craig Tyzzer], my team as well. We take the positives out of it, without doubt and don’t let this particular match, this particular hour of tennis deter us from what we’re trying to do.”

Muchova will meet Jennifer Brady in the Australian Open semis on Thursday.