From being on the brink of defeat at the Australian Open, Naomi Osaka is eyeing the title against Jennifer Brady on Saturday. 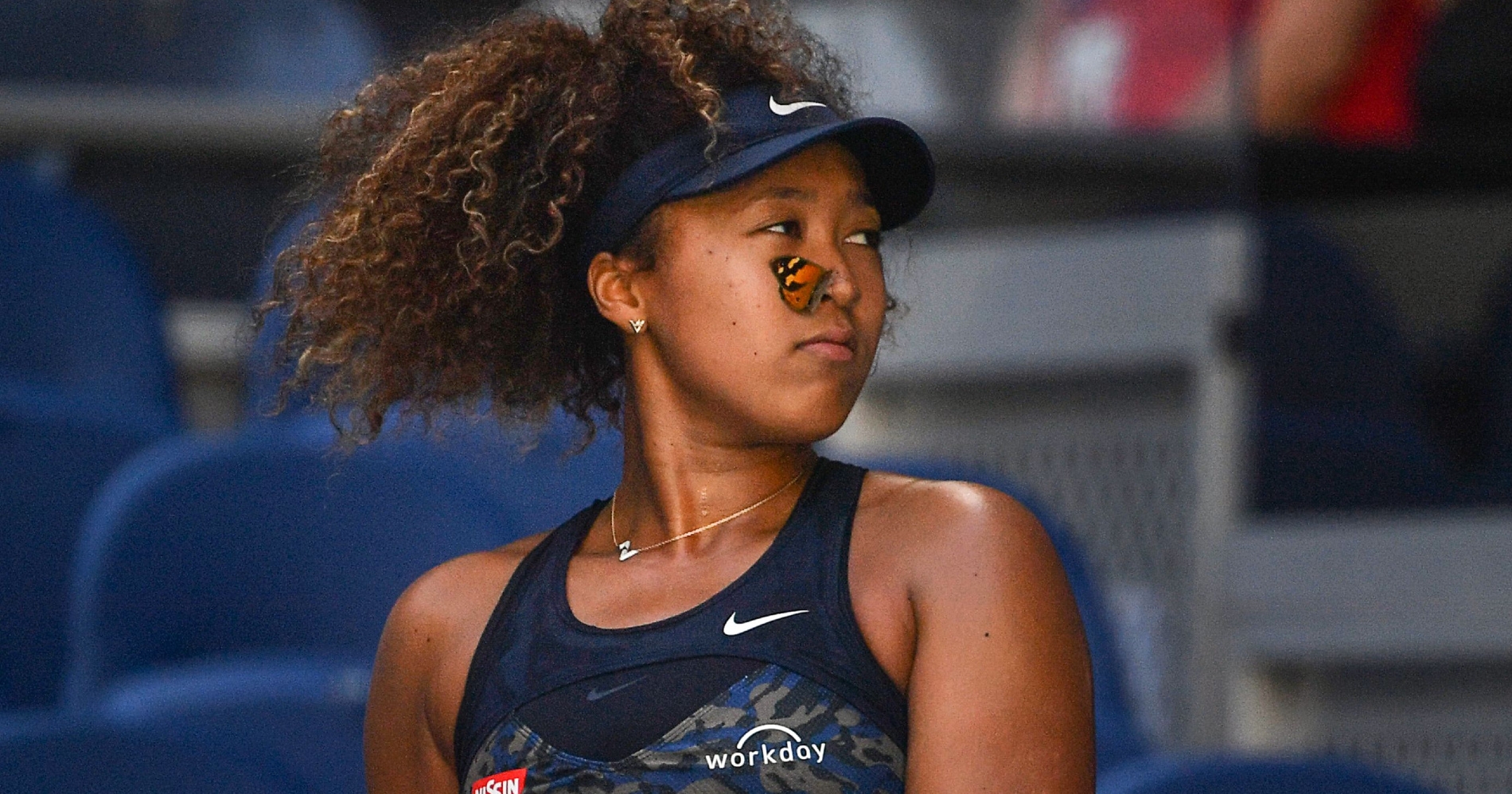 Naomi Osaka can continue what is becoming a magical trend with a win in the Australian Open final.

The Japanese star will face Jennifer Brady in the decider at Melbourne Park on Saturday as she eyes a fourth grand slam title.

But Osaka, 23, can also continue an unlikely and rather incredible trend at the year’s first grand slam – winning the crown after saving match point.

Osaka was pushed to the brink by Garbiñe Muguruza in the fourth round of this year’s tournament. She faced two match points at 3-5 in the third set, saving the first with an ace down the T – no woman has served more aces than her 44 at the tournament – before a powerful forehand forced Muguruza into an error. Osaka would win four straight games to reach the quarter-finals.

WHAT A MATCH!@naomiosaka saves match points to reach the final eight with a 4-6 6-4 7-5 win over Muguruza.#AusOpen | #AO2021 pic.twitter.com/m6oDjzaGWu

Wozniacki’s success three years ago was particularly remarkable as she saved two match points in the second round against Jana Fett, reeling off six straight games from 5-1 down in the final set. The last time it happened in a women’s draw outside of the Australian Open was at Wimbledon in 2009 (Serena Williams, who saved a match point at 4-5, 30-40 in the third set of her Wimbledon semi-final against Elena Dementieva), and it has occurred three times since in Melbourne.

Osaka’s coach, Wim Fissette, said the mental side of the game was a key focus for the star.

“I think it’s just part of the workday by day and where we speak about different topics. And honestly, it’s a very important topic for her. She knows the experience of the past years like when her attitude is good, her mind is very clear what she needs to do, what she wants to do, and then she plays well,” he said on Friday.

“So, the base of playing really well is a good attitude. Doesn’t mean you cannot be negative, like, at some point, you know. It’s only human or normal to be frustrated maybe at one point, but to reset immediately, that’s a very important one. So it’s not something, let’s say, we had, like, big conversations about, but it’s a daily topic, and it’s more coming from Naomi that she wants to be that person that always, like, behaves well on the court. That’s kind of a role model also for younger players.”

This is going to be good #AusOpen | #AO2021 pic.twitter.com/P1uUEhQX9x

While Brady shapes as a major test, Osaka has won every major at which she has gone past the fourth round.

See you in the finals #ausopen pic.twitter.com/RXJGVe2qEo

Osaka is also on a 20-match winning streak, becoming the third woman since 2010 to achieve such a run – joining Williams (27 in 2014-15) and Victoria Azarenka (26 in 2012). The incredible run included a US Open semi-final win over Brady last year, and Osaka has proven unstoppable – a couple of walkovers aside. Brady pushed Osaka to three sets at Flushing Meadows and the American has put together a fine run of her own in Melbourne.

But the three-time major winner’s hot streak has her well-placed for more history on Saturday, and to continue an incredible trend in Melbourne.