Australian Open: Serena Williams hasn’t moved so well ‘since the summer of 1926’

Serena Williams swept past an impressed Simona Halep to reach the Australian Open for the first time since she last lifted the trophy. 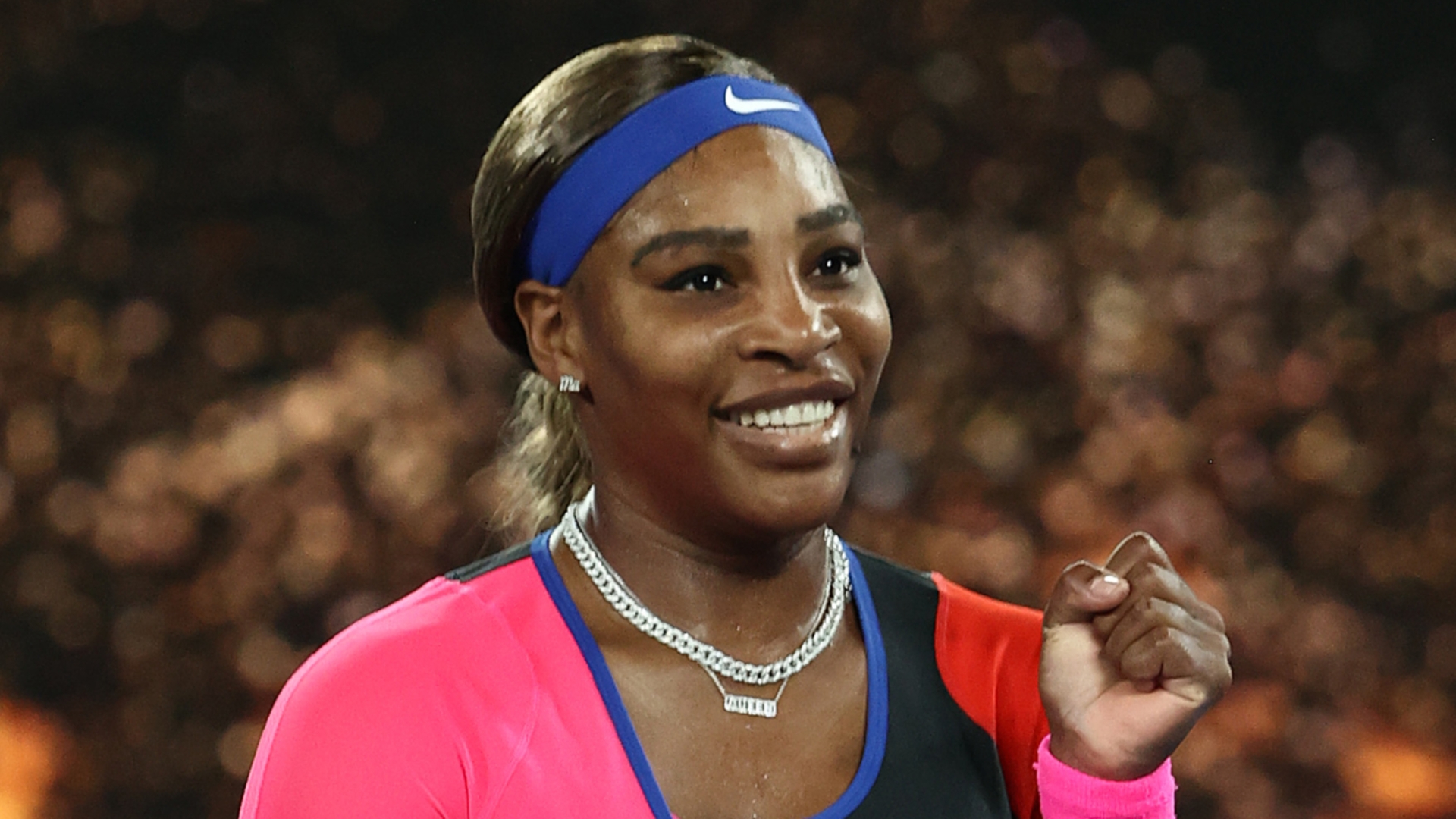 Serena Williams admitted it felt like stepping back in time as her movement and power came together to overwhelm Simona Halep at the Australian Open.

It had been just over 18 months since Halep destroyed Williams in the Wimbledon final, and with the American great approaching her 40th birthday, prospects of a 24th grand slam title have appeared to fade.

Into the conversation on Tuesday strolled a revitalised Williams, a woman who has been proving a point and defying expectation for coming up to a quarter of a century.

Williams is simply not having it that her days as a winner might be over, which is why she and coach Patrick Mouratoglou are always seeking marginal gains.

Dogged by an Achilles injury since the US Open last September, Williams feels over that, and a 6-3 6-3 quarter-final win over Halep attested to that being the case.

More than that, though, Williams noticed the years fall away as she dashed around the court, thumping groundstrokes with abundant power and often plenty of precision.

Speaking of the movement returning, Williams said: “It was something that Patrick and I did discuss. I just wasn’t able to incorporate it as much as I would have liked to.

“But once I was able to get on the court, I was able to incorporate it as much as I could. Movement has always been one of my strengths, and so it’s actually more natural for me to move than for me not. So it was just kind of, like, ‘Oh, that’s how I used to move’, so it’s pretty good.

She faces Naomi Osaka next for a place in the final. It reads like a match-up of an all-time great against a player who could over time join her in that pantheon.

Osaka is pursuing a fourth grand slam title, while Williams wants the 24th as much as she craved the first, given it would move her alongside Margaret Court at the top of the all-time list.

The veteran American’s most recent slam title came while pregnant in Australia four years ago, with Williams dealt four final defeats since, including a notable one to Osaka at the 2018 US Open.

If Osaka was watching Williams on Tuesday, as she surely was, the Japanese player could have only been impressed.

When asked about how she was matching and often out-matching Halep even in the longest rallies, Williams paused to consider when she was last able to boss such exchanges.

“That’s one thing that’s unique about me that I just need to kind of accept and embrace and just be good at both.”

We have a feeling ALL eyes will be on @naomiosaka  @serenawilliams in the semifinal #AusOpen | #AO2021 pic.twitter.com/SBbg2ueSaC

Williams and Osaka may have a crowd on Thursday for the semi-final, or they may not. Melbourne remains in lockdown but spectators could be back on Rod Laver Arena for the clash of two of the sport’s biggest personalities.

Addressing that prospect, Williams indicated she would have mixed emotions.

“I love having the people there, obviously. But at the same time, it’s kind of nice to not have, like … more pressure when there is people in the stands,” Williams said.

“So I think either way it’s really a win-win situation. That’s kind of how I look at it.”

Fast-footed on the court, quick to sidestep off it, Williams is convinced she can push Osaka hard, perhaps heartened by a narrow win when they met in an exhibition match in Adelaide last month.

“I’ve got to keep going. Obviously I have an incredible opponent to play, so it would be nice to hopefully keep raising the level of my game. I’m going to have to,” Williams said.

Halep said Williams “was stronger in the important moments”, and she too noticed her opponent showing something near vintage form.

“Yeah, she’s moving better and she hits strong,” Halep added. “I feel like she’s in a good shape now. She has a really good game. Always did…”