Barty battles back against Sabalenka to drive off with Stuttgart title 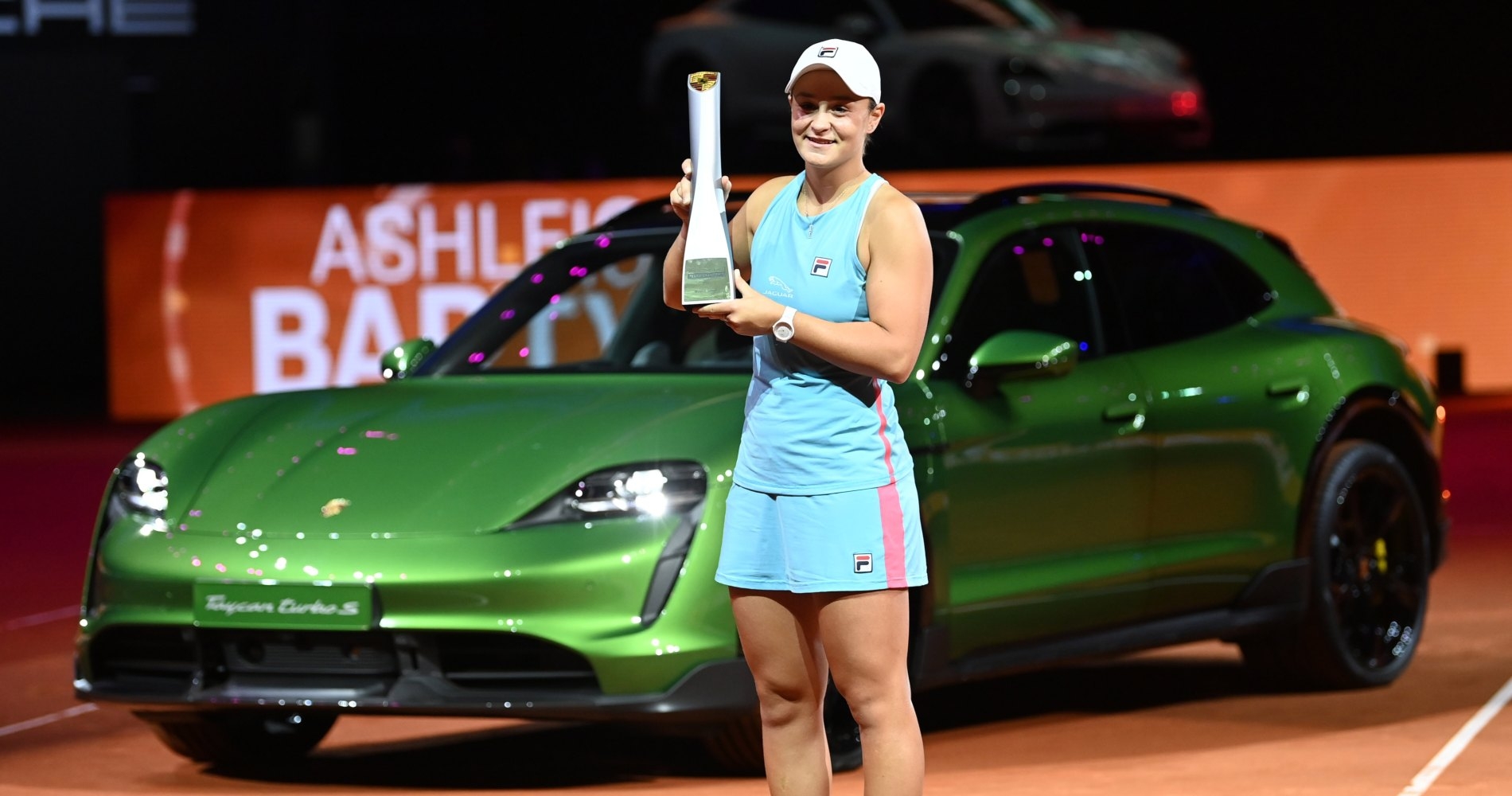 Ash Barty is gearing up for Roland-Garros in fine style, and now has the Porsche Tennis Grand Prix title under her belt as she beat Aryna Sabalenka 3-6, 6-0, 6-3.

A day after her 25th birthday, she beat her Belarusian opponent in one hour and 48 minutes to win both the trophy and a spectacular all-electric sports car.

And it bodes well for the French Open – where Barty won her maiden Grand Slam in 2019, and was unable to defend her title in 2020 due to travel restrictions.

She has now won all ten of her last ten matches against Top 10 opponents.

But it was Sabalenka who took the first set, despite serving up a double-fault on her first set point. She took her second as Barty sent a forehand into the net.

Her errant serving let her down at the start of the second as the Australian broke her in the second game to take a 2-0 lead.

And Barty broke her again in the fourth game, using a powerful forehand and smart angles to great effect, leaving Sabalenka struggling to predict her movement.

By that point Barty was evidently in the zone, sliding beautifully and using the drop shot well, and she wrapped up a bagel of a second set which lasted just 20 minutes.

Sabalenka had a medical time-out before the decider, and returned to the court with her right thigh heavily strapped. She looked to be in some pain and was visibly frustrated with her hampered movement, particularly as Barty piled the pressure on and went for the flanks more.

As one would expect from the tenacious Sabalenka, though, she fought courageously to stay in touch as best she could – and congratulated the victor gracefully at the net.