Barty makes it sweet 16 as she avenges Badosa defeat

Paula Badosa defeated Ash Barty in Charleston last month, but the world number one came out on top in the Spanish capital. 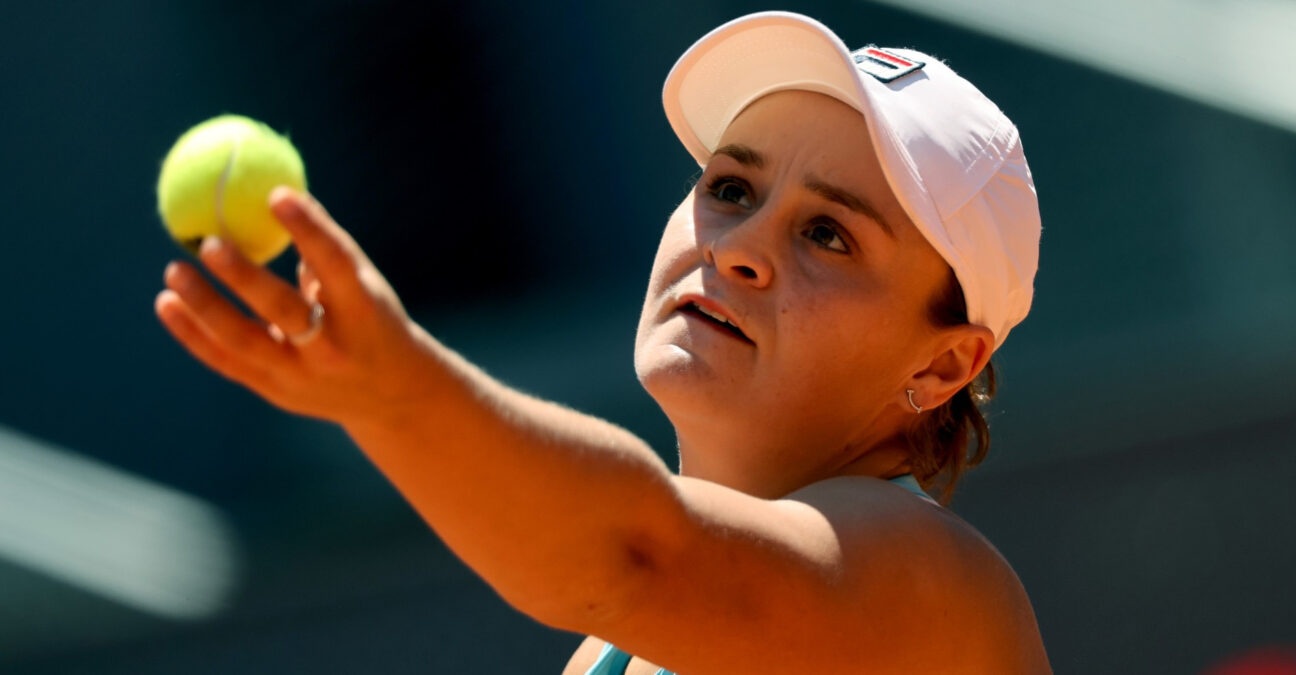 Ash Barty saw off Paula Badosa in straight sets to reach the final of the Madrid Open, extending her unbeaten streak on red clay to 16 matches.

Barty says her plan was to apply constant pressure on Badosa, and it worked.

“I think just the learnings from some of her patterns, tendencies that came through and shown through in that match in Charleston,” she said. “I think I was just able to control the court a little bit better. I was able to look after my service games a little bit better, build pressure on return games. That’s a massive part of it: not always winning points, but building pressure. Scoreboard pressure can be a big thing. That was a focus for me today.”

Badosa is the only player to have beaten Barty since February, but the Spaniard was unable to pull off a repeat of her upset in their quarter-final clash in Charleston, on green clay, last month.

The world number 62 had become the first Spanish player to reach the semi-finals in Madrid and there was little to split the pair through the opening nine games.

What a week for the wildcard #MMOPENpic.twitter.com/xVAHrWC8xI

However, when serving at 5-4 down to stay in the set, Badosa suddenly came under pressure. The wildcard saved two set points but gifted her opponent a 1-0 lead with a double fault. A similar situation early in the second put Barty 3-1 up, though she had to save three break points in her next service game.

After escaping trouble on that occasion, the Australian had no further issues on her way to completing the win after one hour and 15 minutes on court.

“She’s had a fantastic week here at home,” Barty said of Badosa. “I know it’s been a big tournament for her, she’s played an exceptional level of tennis. She served particularly well, being able to control the court with her forehand. I think that was a challenge today. I was trying to neutralize that as best I could.”

Standing in her way of a fourth title this season will be either Aryna Sabalenka or Anastasia Pavlyuchenkova; they will meet in the second semi-final in the evening session in the Spanish capital.

The in-form Barty has already been crowned champion at the Yarra Valley Classic this year, as well as events in Miami and Stuttgart.