Former French Open winner Ash Barty was a set up against Coco Gauff but retired injured from their Internazionali d’Italia quarter-final. 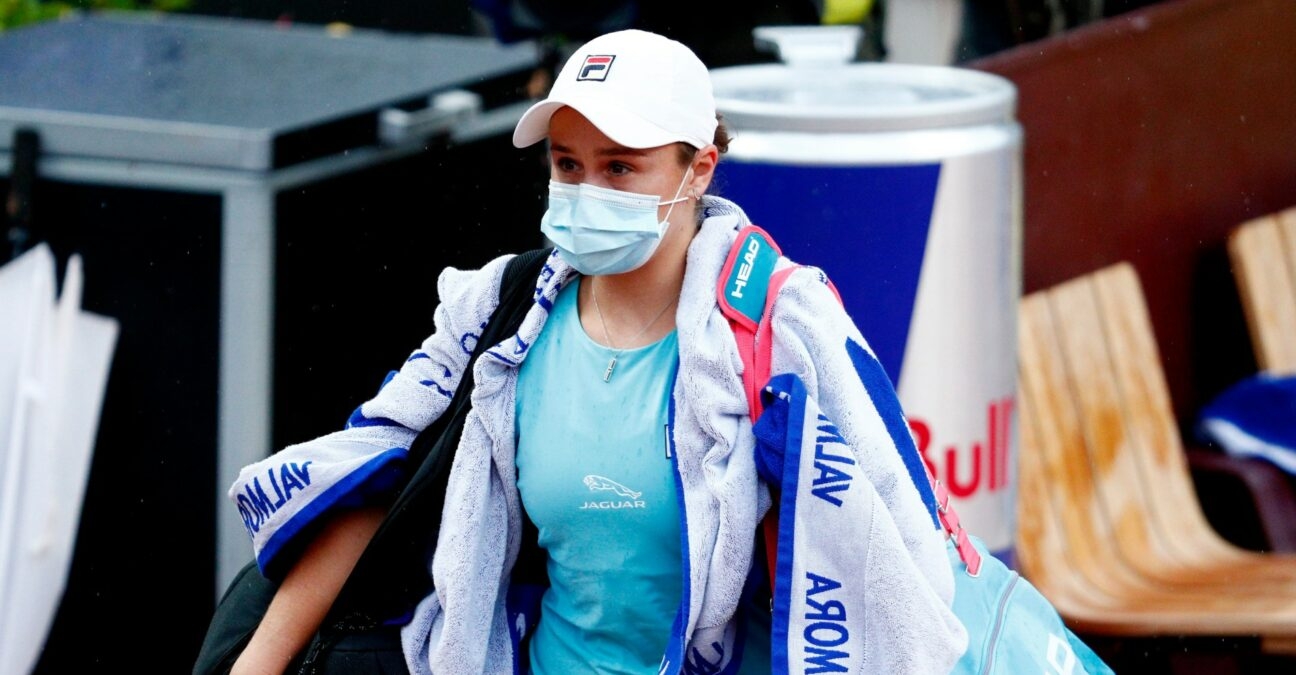 Ash Barty dramatically abandoned her Internazionali d’Italia quarter-final against Coco Gauff on Friday due to a right arm injury.

The world number one was leading 6-4 2-1 in Rome when, with her left thigh also heavily strapped, she pulled out of the match following talks with a trainer.

Barty’s decision was precautionary as she will begin her French Open campaign in a little over two weeks’ time, bidding to regain the title she won two years ago.

Providing an update after the match with Gauff, which was interrupted by a rain delay, Australian Barty said: “The pain was becoming too severe so it was important to listen to my body and do the right thing knowing we have a slam.”

Gauff, who had hit 12 winners to 15 unforced errors prior to her opponent’s withdrawal, will now compete in her first career WTA 1000 semi-final.

Karolina Pliskova remained on course for a second Rome triumph in three years, after saving three match points to edge out Jelena Ostapenko.Coco Gauff advances to her first WTA 1000 semifinal and first semifinal on red clay.

The 2019 champion, who also finished runner-up last year, was 5-4 down in the final set when digging deep to hold off her 49th-ranked opponent.

The thrilling match went to a tie-break and Pliskova reeled off seven straight points after losing the opener to advance 4-6 7-5 7-6 (7-1).

“I’m just proud of how I fought,” Pliskova said at her post-match news conference. “I’m happy that I stayed in there and fought until the end.

“We played last month, so I knew what was going to be happening. You can never get ready for some of the balls which she’s playing.”

Petra Martic stands between Pliskova and a place in the final for the third year running after the Croatian defeated Jessica Pegula 7-5 6-4.

Pegula eliminated Naomi Osaka earlier in the week but was second best against Martic, who progressed in one hour and 40 minutes.

Martic trailed 2-0 in the opening set before twice breaking Pegula to move 3-2 in front, but her opponent hit back to make it 5-5 in a tight contest.

However, Martic managed to break in the 11th game and served out the set, before showing her steeliness in the second to remain on course for a maiden WTA 1000 crown.