A first-time matchup between world No 1 Ash Barty and reigning Roland-Garros champion Iga Swiatek will be a momentous occasion in Madrid on Monday. Both are in scintillating form on the clay as the battle approaches. 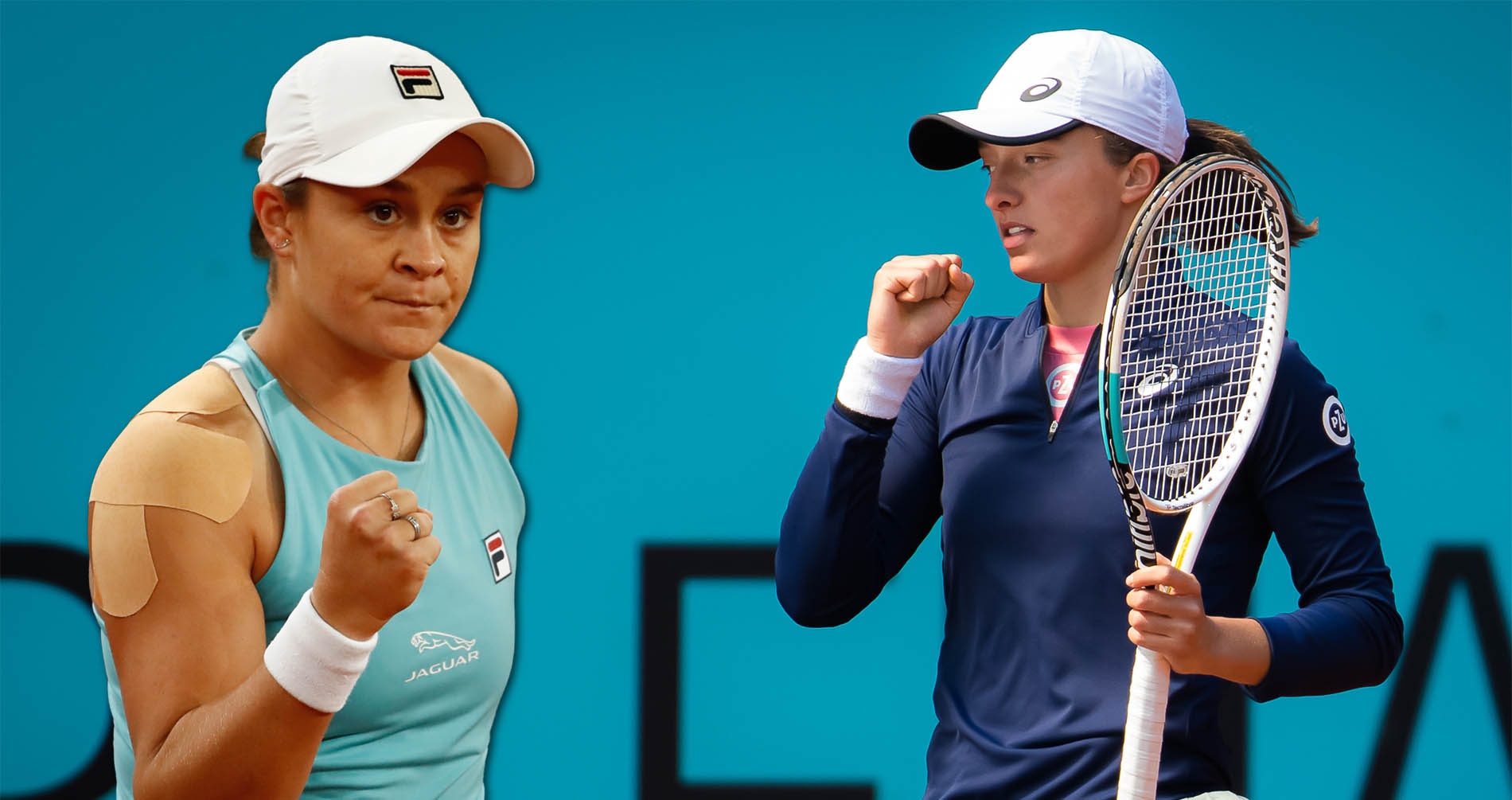 A dream matchup on any surface, Monday’s round of 16 clash between world No 1 Ash Barty and 19-year-old Iga Swiatek should be extra special on the red clay, where both players are carrying impressive winning streaks.

Here are four reasons why the matchup is popcorn worthy:

Both are defending Roland-Garros champions (and in fine form)

It’s a statistical rarity that will make stat-heads smile: Both Barty and Swiatek are carrying seven-match Roland-Garros winning streaks. Barty claimed the title in Paris in 2019, but did not return to defend the Coupe Suzanne-Lenglen due to the pandemic in 2020. That left the door open for Swiatek to swoop in and become the youngest player to win the Roland-Garros title since Monica Seles in 1992. She also did it without dropping a set and surrendered just 28 games.

This is a matchup between two clay juggernauts that seem to get better with each passing week on clay. Barty has won 13 in a row on red clay (but did lose on green clay last month to Paula Badosa in Charleston), while Swiatek has won nine in a row, and 18 conseutive sets, on clay. But something will have to give on Monday.

Swiatek has never faced a reigning world No 1

17th-ranked Swiatek, who is playing her sixth tour-level event on clay, says she is eager for the challenge.

Clay is Swiatek’s best surface, but both are amazing on clay

Facing Barty and her diverse game is one of the toughest challenges in women’s tennis right now. The Aussie is one of the best servers in tennis and possesses loads of creativity, diversity and mental toughness. She can drive opponents crazy by varying her game between biting backhand slice and big forehand drives.

But Swiatek is more comfortable on clay than Barty and it could make all the difference in the world on Monday. The Pole has only played 20 WTA-level matches on clay but already she has proven herself to be one of the best on tour on the surface. She has won 16 and lost 4, including her only major title. If she is going to face the world No 1, clay is the surface she wants to do it on.

Barty is the ultimate problem solver

Swiatek has had success dictating to her opponents with heavy topspin forehands on clay. She puts an incredible amount of work on the ball and is able to push her opponents far back behind the baseline. It will be interesting to see how Barty, one of the more clever players on tour, counters Swiatek’s strengths. She will look to bring Swiatek out of her comfort zone but it might be easier said than done as the Pole is a great mover and will enjoy chasing down Barty’s side-spinning slice.

Barty will have to use her serve to control the run of play, and be consistent, in order to take advantage of the fact that Swiatek isn’t fully comfortable in Madrid, where she is making her debut and has played just two matches.

“It’s better and better,” Swiatek said of her relationship with the conditions in Madrid, “but right now I’m kind of like learning what to do in different situations on this surface and with these conditions.”

Barty has been phenomenal in three-setters in 2021, going 10-1 and winning her last eight deciders, so if she gets into a prolonged battle she’ll have confidence that she’ll be able to withstand Swiatek’s high-energy attack.

“I’ve hit with her once in Melbourne a few months ago,” Barty said of Swiatek. “She’s got a seriously impressive game. Moves very well on the clay court, can slide off both legs, controls her body really well on clay. Likes to use her hopper, gets around, controls the court with her forehand. It’s a challenge that we go into with a really clean slate, a little bit of a period of trying to figure each other out and just how our games match up. Certainly one I look forward to…”