Madison Keys had not played on tour since September, but the American looked in good shape as she began her season in Doha. 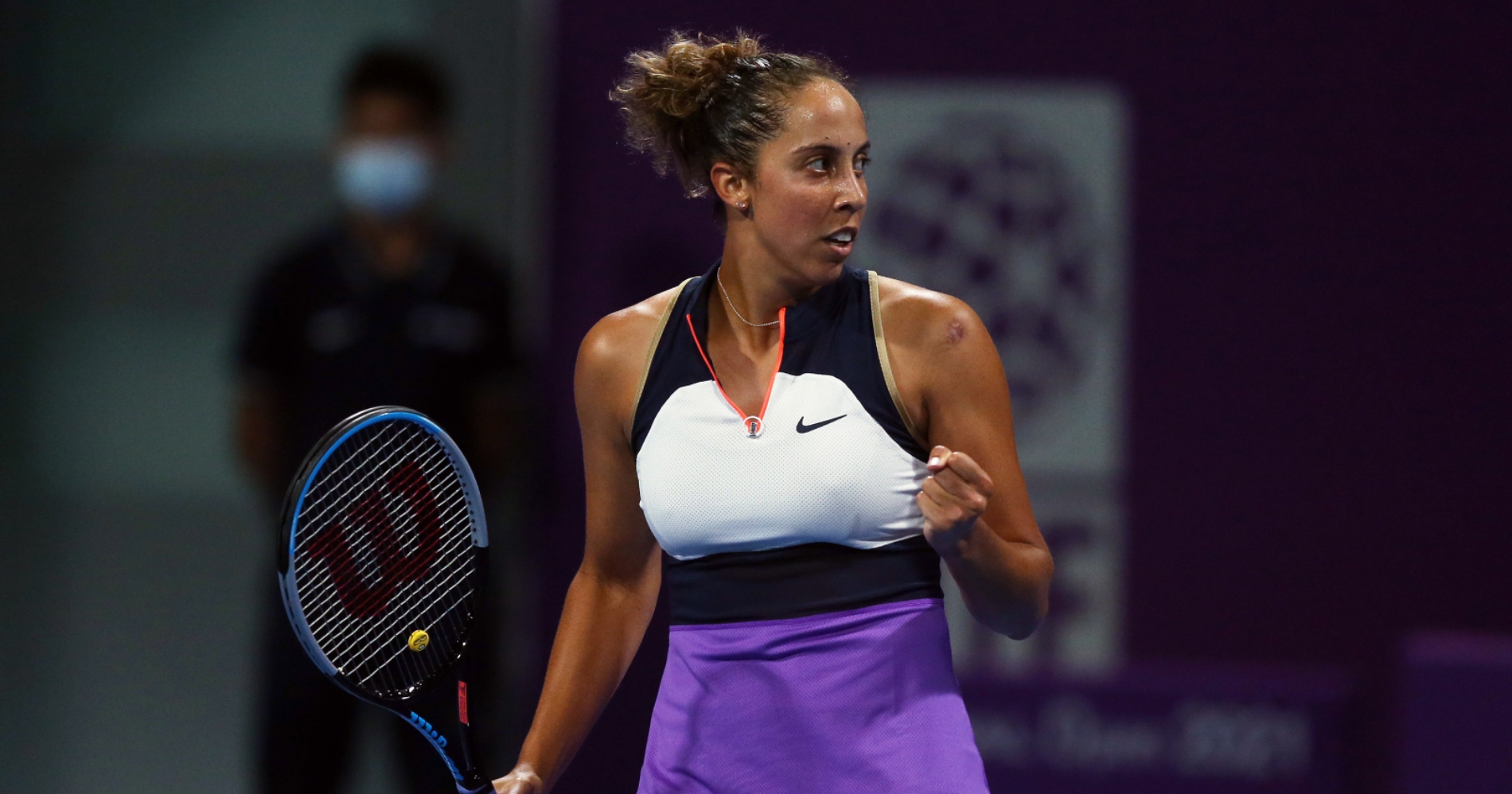 Madison Keys is intent on giving Maria Sakkari a second-round test after marking her first WTA Tour appearance since September with a clinical win at the Qatar Open.

American world number 19 Keys, who reached the US Open final in 2017, had not played on tour since losing to Zhang Shuai in the first round of the French Open in late September – she was ruled out of the Australian swing of this season after a positive coronavirus test.

But Keys roared back to action with a thumping 6-4 6-1 victory over Belinda Bencic on Tuesday, the Swiss who last week reached the Adelaide International final.

“I’m really happy with how I came out and played today,” Keys said. “I’m a little bit surprised with myself but hoping to keep the momentum going.”

Sakkari promises to pose a tricky test for Keys, who is unseeded this week, given the Greek player dropped only three games in her opening win over Mayar Sherif and has shown bright early-season form.

World number 23 Elena Rybakina tripped up in the first round after the Moscow-born Kazakh player lost 7-6 (9-7) 7-6 (7-5) to Germany’s 56th-ranked Laura Siegemund at the WTA Premier event.

Welcome back to the party, @Madison_Keys

Takes down No.6 seed Bencic 6-4, 6-1 in her first match since September!#QatarTotalOpen2021 pic.twitter.com/I6VgYNFzF2

At the Lyon Open, French players Caroline Garcia and Kristina Mladenovic were both pushed to three sets before inking their places in the last 16.

Former Wimbledon runner-up Eugenie Bouchard, in on a wildcard, was bounced out 7-6 (9-7) 6-2 by Aliaksandra Sasnovich, the world number 96 from Belarus.