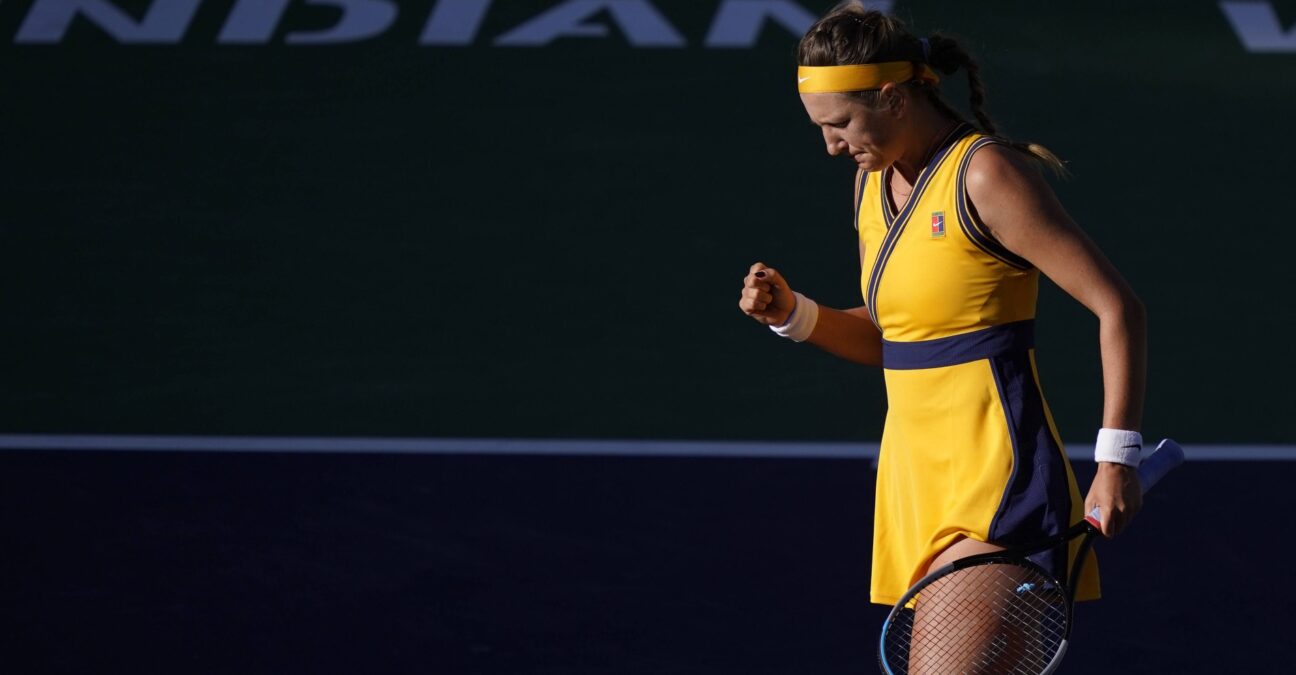 It is a mark of a great player that even when they have won Grand Slams, been world No 1 and own a stack of titles, they are always looking for a way to improve.

For Victoria Azarenka, 2021 has been a frustrating year, the Belarussian largely unable to build on the form she showed at the end of 2020, when she won Cincinnati and then reached the final of the US Open.

But Azarenka has been back on song these past two weeks in Indian Wells, showing some good form as she moved into the semi-finals, where she will meet Jelena Ostapenko. It’s the first time she’s been to this stage of the event since 2016.

At 32, and after more than 15 years on the Tour, Azarenka believes she can still improve.

“I wouldn’t say that I’m not an aggressive player, but I think the court coverage and taking maybe less shots to win the point, that’s something that is important for me to improve,” she told reporters in Indian Wells on Wednesday. “I think on the baseline, counterattacking, having high intensity, that’s something that worked really well for me. It doesn’t necessarily work all the time. It’s more demanding. I’m looking for things that I can implement that will make it a bit easier for me.

“I’m also not in the beginning of my career to grind every match. It’s not necessarily tougher physically, but from one match to another it adds up. I’m looking how I can be more efficient as a player.”

Two stats can illustrate some changes in her game, giving her more free points and reducing the time she spends on court.

Victoria Azarenka: “The results are coming”

Azarenka reached semi-finals in Qatar and Berlin this year but her best Grand Slam effort was at the French Open, where she reached the last 16, losing to eventual finalist Anastasia Pavlyuchenkova.

The former world No 1 wore sunglasses in her press conference to protect her eyes against lights which sometimes cause her migraines, says she wants to be more consistent as she heads towards 2022.

“I don’t think I’ll be looking at this and kind of look back into the season. I think the more important (thing) is to actually look right now what I’m able to do,” she said. “Not necessarily look forward, but it’s almost like reassurance here.

“The results are coming. That’s the measure, right? How else are you going to measure your progress? In tennis unfortunately it’s all by the results, especially that measure from the outside. For yourself, you can put little goals and try to kind of climb that ladder. In the end of the day, results is going to determine how well you performed, which sometimes can be tricky.

“I wouldn’t necessarily want to be stuck with that. I would like to see what are those, like, mini goals that I put in front of myself, have I achieved them. Every time being stuck with the results, it’s a lot of up and down with your emotion, with your confidence and stuff. I’m trying to see how I can have more of a steady line and continue to maybe take one step at a time and not go too high or too low.” 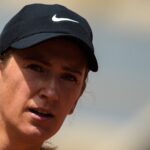