Leylah Fernandez is a champion on the WTA Tour after beating Viktorija Golubic on Sunday in Monterrey. Fernandez’s previous final appearance had also come in Mexico (2020 Acapulco runner-up). 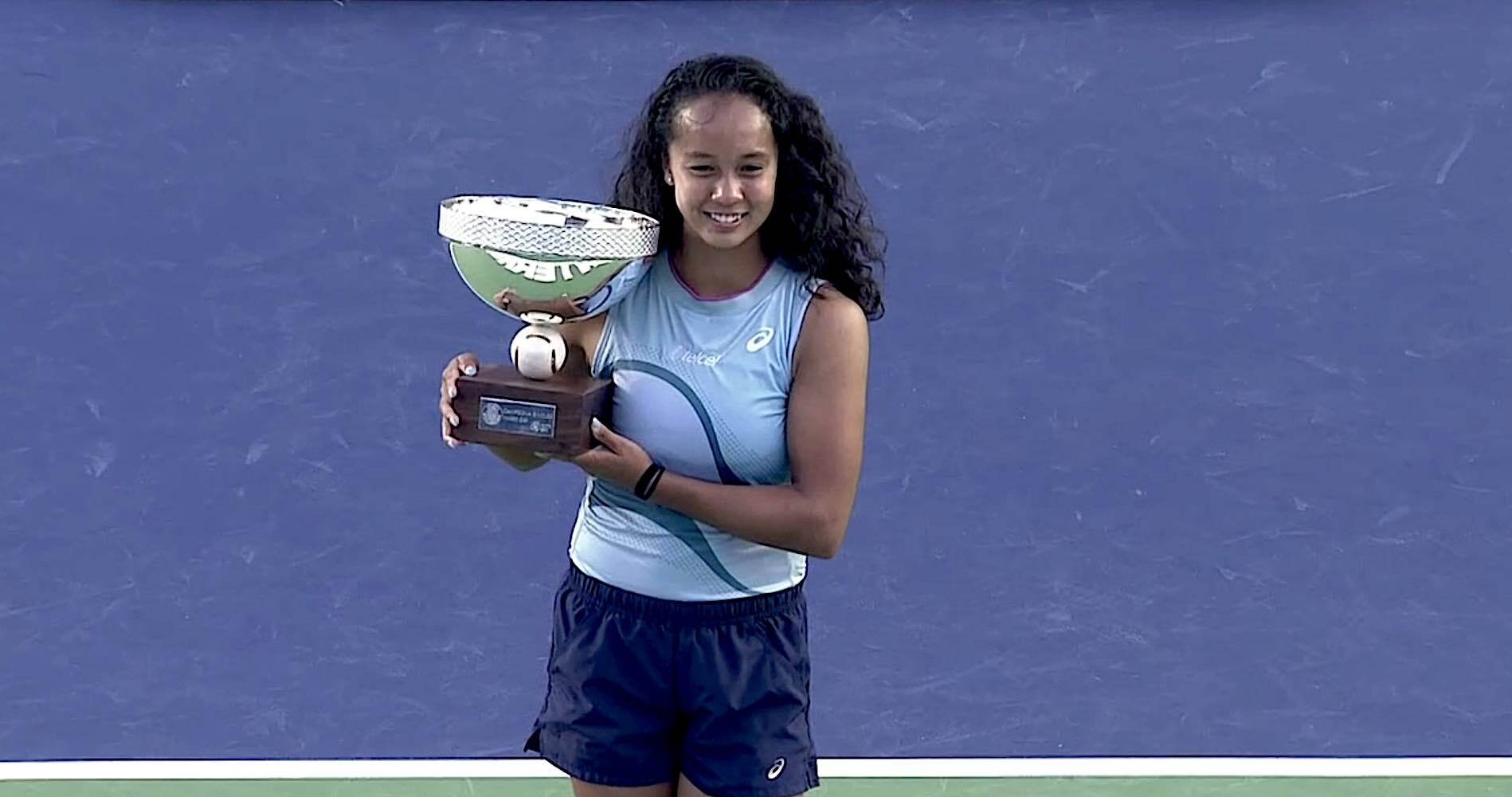 Leylah Fernandez won a WTA Tournament for the first time in her career on Sunday evening. It could be the first of many.

Only 18 years old, Fernandez triumphed at the Abierto GNP Seguros with a 6-1, 6-4 victory over Viktorija Golubic in the final. The Canadian converted four of six break-point chances and saved four of five break points while prevailing in one hour and 29 minutes.

Right at home in Mexico

Although unseeded, Fernandez’s run did not exactly come out of nowhere. After all, she also reached a WTA final in Mexico right around this time last year. At the 2020 Acapulco event, the teenager finished runner-up to Heather Watson.

She went one step farther 13 months later in Monterrey. Fernandez was the best player all week long, having won each of her first four matches in straight sets without being pushed to a single tiebreaker. More of the same continued in the final, with Fernandez taking control right from the start. The world No 88 reeled off the first five games of the match, breaking serve in the second and fourth games while saving break points in the first and fifth games. After Golubic finally held for 1-5, Fernandez wrapped up the set one game later after fighting off yet another break point.

Golubic did not go away without a fight in set two. The 28-year-old did well to break back immediately after dropping serve at 1-1 and eventually found herself still on level terms at 4-4. However, another break for Fernandez in the ninth game proved to be the difference. The champion served things out with little trouble at 5-4 to clinch victory in style. 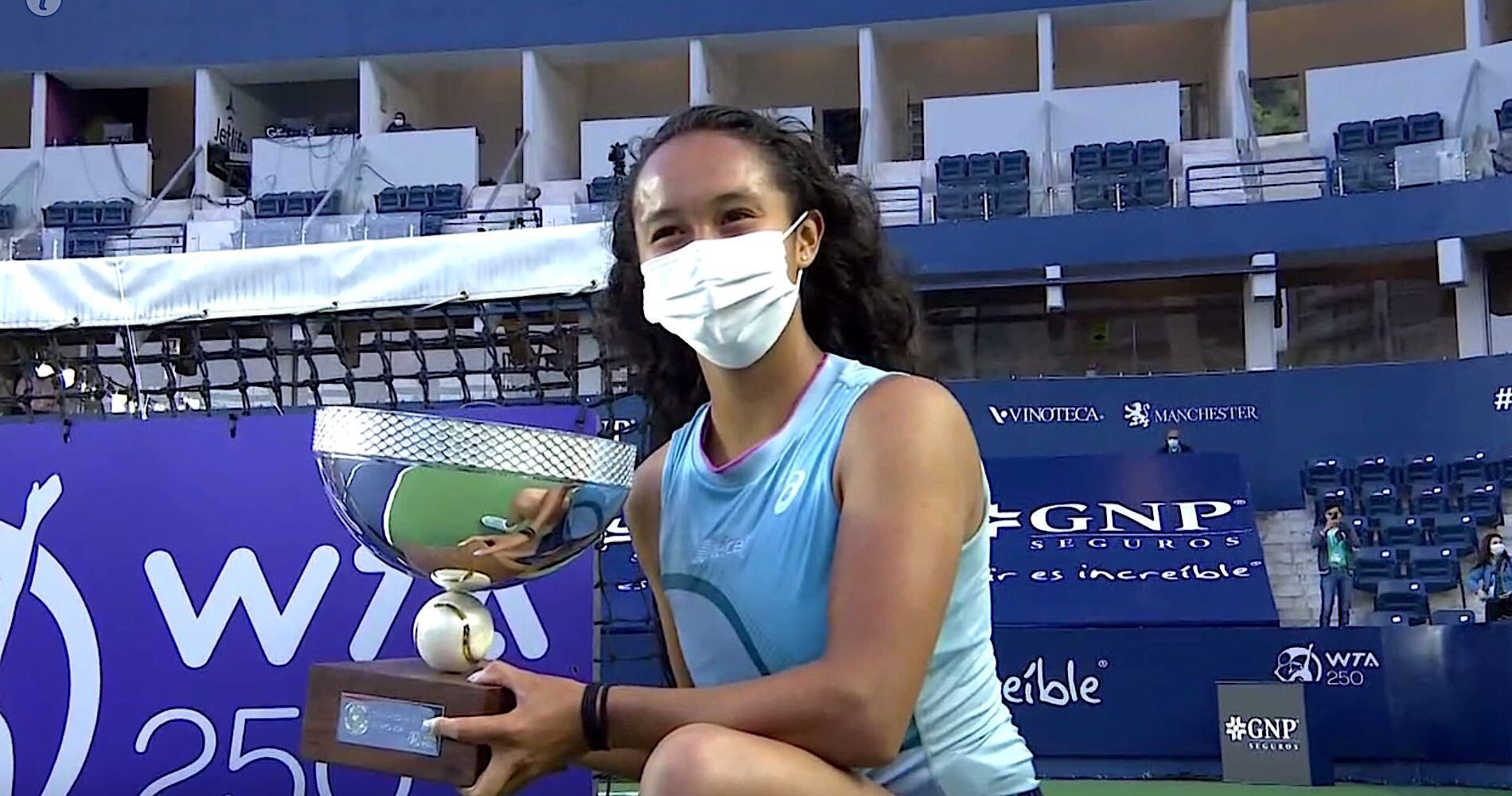 “Viktorija, you played an incredible tournament,” Fernandez said before giving the rest of her speech in Spanish. “I hope I see you in many more finals.”

Another near miss for Golubic

Although Golubic was no match for a red-hot opponent in Sunday’s final, it was — as Fernandez indicated — an incredible tournament for the Swiss.

Like her Sunday opponent, Golubic did not lose a set or even play a single tiebreaker prior to the final. She simply ran into a player who was too good from start to finish in Monterrey.

This marked the second consecutive WTA tournament in which Golubic advanced to the final as a qualifier, having accomplished the same feat earlier this month on the indoor hard courts of Lyon (finished runner-up to Clara Tauson). The world No 102 was playing in her fourth final and was bidding for her second title, having previously triumphed in Gstaad five years ago.

“I’m very happy for my week,” Golubic assured. “I won a lot of matches. It was fun to play here; I really liked the center court even though there were no fans. I’ll be back… Leylah, impressive tennis; keep on going like that.”