Kristina Mladenovic lost after an umpire’s controversial call turned the momentum of her French Open clash with Laura Siegemund. 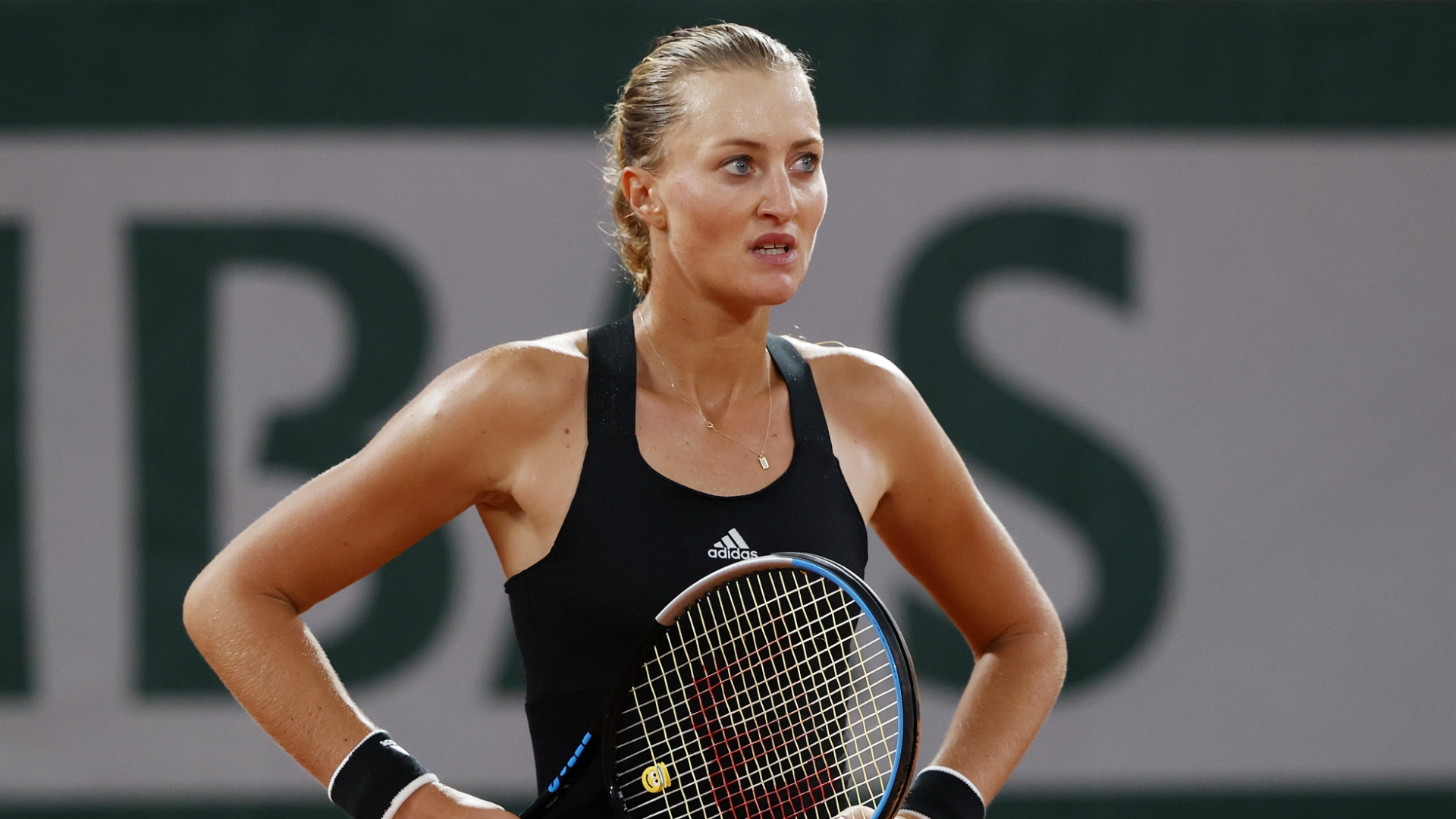 Kristina Mladenovic called for video technology to be available to tennis umpires after being on the wrong end of a glaring error at the French Open that Martina Navratilova described as “awful”.

The French player was leading 5-1 and had a point for the first set against Laura Siegemund of Germany on Court Philippe-Chatrier, the tournament’s main arena, when she hit a drop shot that looked set to be a winner.

A scrambling Siegemund got to the ball, but it bounced for a second time just before she scooped it over the net. Mladenovic charged forward and swatted the ball away decisively but also collided with the net in doing so.

That cost Mladenovic the point ultimately, as umpire Eva Asderaki had not spotted the double bounce and would not accept the protests of the home player who lost her focus and surrendered the match 7-5 6-3.

While Siegemund controversially reached the second round, there were also wins on day three at Roland Garros for seeds including Sofia Kenin, as well as former champion Jelena Ostapenko.

Another comeback win on Chatrier…

Mladenovic had every right to feel aggrieved by the double-bounce incident, although losing in straight sets from such a dominant position was far from clever.

At the recent US Open, she led Russian Varvara Gracheva 6-1 5-1 in round two but also managed to lose, dropping the deciding set 6-0, and this was another grand slam let-down for the former world number 10.

Asked about the idea of video technology being introduced in Paris, Mladenovic said: “This would avoid mistakes like the one I experienced today. The error is human and it’s a shame to want to replace the human being with the camera, but I don’t understand how the umpire could not have seen the ball and the reactions.

“She didn’t do her job. I told her to watch the replay afterwards, but that won’t change anything. She [the umpire] continues at Roland Garros, not me.”

Mladenovic said she had no grievance with Siegemund, and said the onus was not on the German player to hold up her hand.

“She would have been the best and most fair player on the tour if she would have done that,” Mladenovic said in a news conference.

“Unfortunately, she didn’t. I didn’t expect her to do it. But if she would have done it, she would have all my respect and be super-fair play. But she’s not the one responsible. I think the chair umpire is the one that should be really focused on that call.”

Navratilova, who won two of her 18 grand slam singles titles at the French Open, took in the drama and wrote on Twitter: “That was awful- the ump who is usually great missed that one.

“And in the old days we would have called it on ourselves but these days it’s different. For sure Siegemund knew she didn’t get it on the first bounce et voila- it totally turned the match as Mladenovic knew it… shame.”

That was awful- the ump who is usually great missed that one. And in the old days we would have called it on ourselves but these days it’s different. For sure Siegemund knew she didn’t get it on the first bounce et voilà- it totally turned the match as Mladenovic knew it… shame.

OSTAPENKO NEXT FOR ‘TERRIBLE’ PLISKOVA

She was not hiding afterwards from the fact it was a poor display, given her lofty stature in the game, but Pliskova was just glad to survive an off day.

“No matter how terrible was my level, I still somehow believed,” she said.

Pliskova, who is contending with a thigh problem, faces the unseeded former champion Jelena Ostapenko next, in what is an appetising second-round clash.

Ostapenko’s 2017 Roland Garros triumph came ostensibly out of the blue, given her hard-hitting but erratic game. On the weeks and fortnights when she finds her range, she can be formidable.

First-round defeats in 2018 and 2019 followed the title-winning year for Ostapenko at the French Open, but a 6-2 6-1 win over American Madison Brengle was an eye-catching result on Tuesday.

“With Jelena, we had some good matches, some strange matches,” Pliskova said. “I think she’s a lot up and down but for sure she can just play well.”

Sofia Kenin admitted her ‘double bagel’ defeat to Victoria Azarenka in Rome had been hard to swallow, so the Australian Open winner was relieved to get back to winning ways.

Kenin lost 6-0 6-0 to Azarenka less than a fortnight ago but the fourth seed at Roland Garros showed battling spirit to beat Ludmilla Samsonova 6-4 3-6 6-3 in an hour and 58 minutes of a rain-interrupted clash on Court Suzanne-Lenglen.

“After Rome, that’s a match that I never want to watch,” Kenin said. “Of course, Vika played really well.

“After that, we came to Paris and I had a week or so to practise, get used to the clay. I just tried to not think about that match. It was kind of a disaster.”

Signature Sonya @SofiaKenin comes through against Samsonova 6-4 3-6 6-3 to reach the second round.#RolandGarros pic.twitter.com/QKE5vjz28o

The year may be one that many would rather forget, but Jennifer Brady has had the season of her life. Her hopes of French Open success were dashed immediately, however, when the American became a first-round casualty.

Landing her first WTA Tour title in Lexington in August was followed by Brady reaching the US Open semi-finals, but the 21st seed fell to 17-year-old Danish qualifier Clara Tauson in Paris, suffering a 6-4 3-6 9-7 defeat.

Tauson later wrote on Instagram: “Young girl big dreams… toughest match of my life. See you in round [two].”