Home » News » Gauff gets past Sabalenka to reach quarterfinals in Lexington

Gauff gets past Sabalenka to reach quarterfinals in Lexington

Coco Gauff advances to the Lexington quarterfinals with a three-set victory over Aryna Sabalenka on Wednesday. Gauff awaits Ons Jabeur in the last 16. 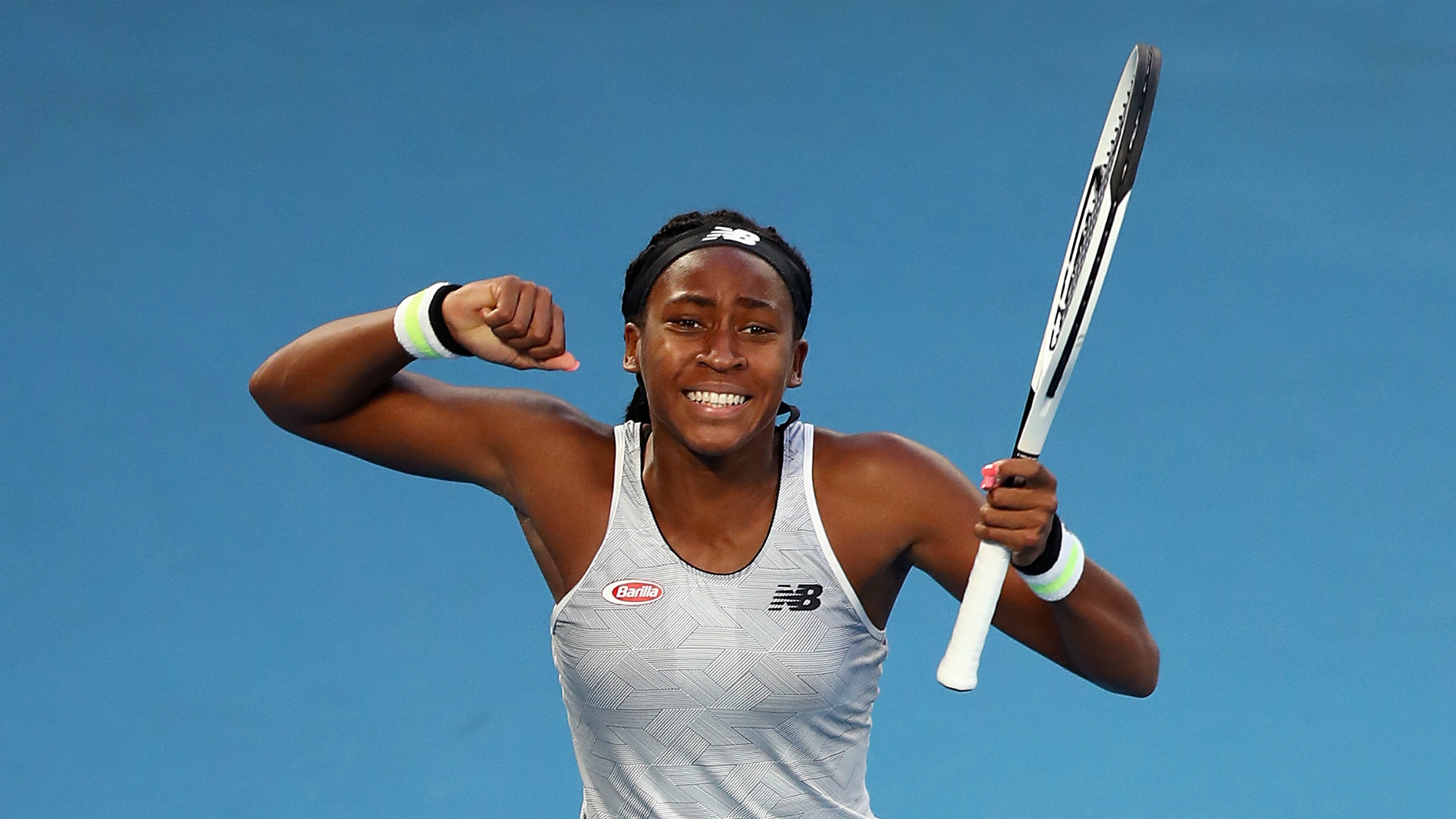 It was not easy and it definitely wasn’t pretty, but Coco Gauff won’t complain about the optics. Gauff did what she had to do to get a win during second-round action in Lexington, Kentucky on Wednesday afternoon, battling past Aryna Sabalenka 7-6(4), 4-6, 6-4. The 16-year-old needed two hours and 48 minutes to book her spot in the quarterfinals of the Top Seed Open.

Only one played is seeded higher than Sabalenka at this event, and that is none other than Serena Williams – who is going up against her sister, Venus Williams, on Thursday. On paper, the 11th-ranked Belarusian was favored over world No. 53 Gauff. Given the way the American has been playing over the past 13 months, however, this showdown was expected to be a thriller.

And that is exactly what it turned out to be. A wild, back-and-forth affair saw the two competitors combine for 24 double-faults (14 for Sabalenka and 10 for Gauff) and there were a total of 14 service breaks – seven for each player. In the first set, Gauff was down a break, then up a break, then down a break again, and then broke to force a tiebreaker. In the second, Sabalenka failed to serve it out at 5-3 but then broke to force a decider. In the third, the 22-year-old twice recovered from a break down but finally had no answer for her donation of serve at 4-4. Serving for the match at 5-4, Gauff delivered a rare routine hold to clinch victory.

“I think my mentality pushed me to win,” Gauff explained. “We’re both playing good tennis, and had our ups and downs in the match. At the end of the day, it came down to a couple close points.

“It’s pretty much impossible to play your best tennis for all three hours of a match. Keeping the level high throughout was pretty tough, but that’s just tennis, playing in different conditions, and just starting back on tour. I’m not too upset with how I played; I’m most proud of how I handled myself, staying composed on the pressure points.”