With Wimbledon cancelled, Simona Halep is set to hold the women’s singles title for two years, and she understands the significance of that. 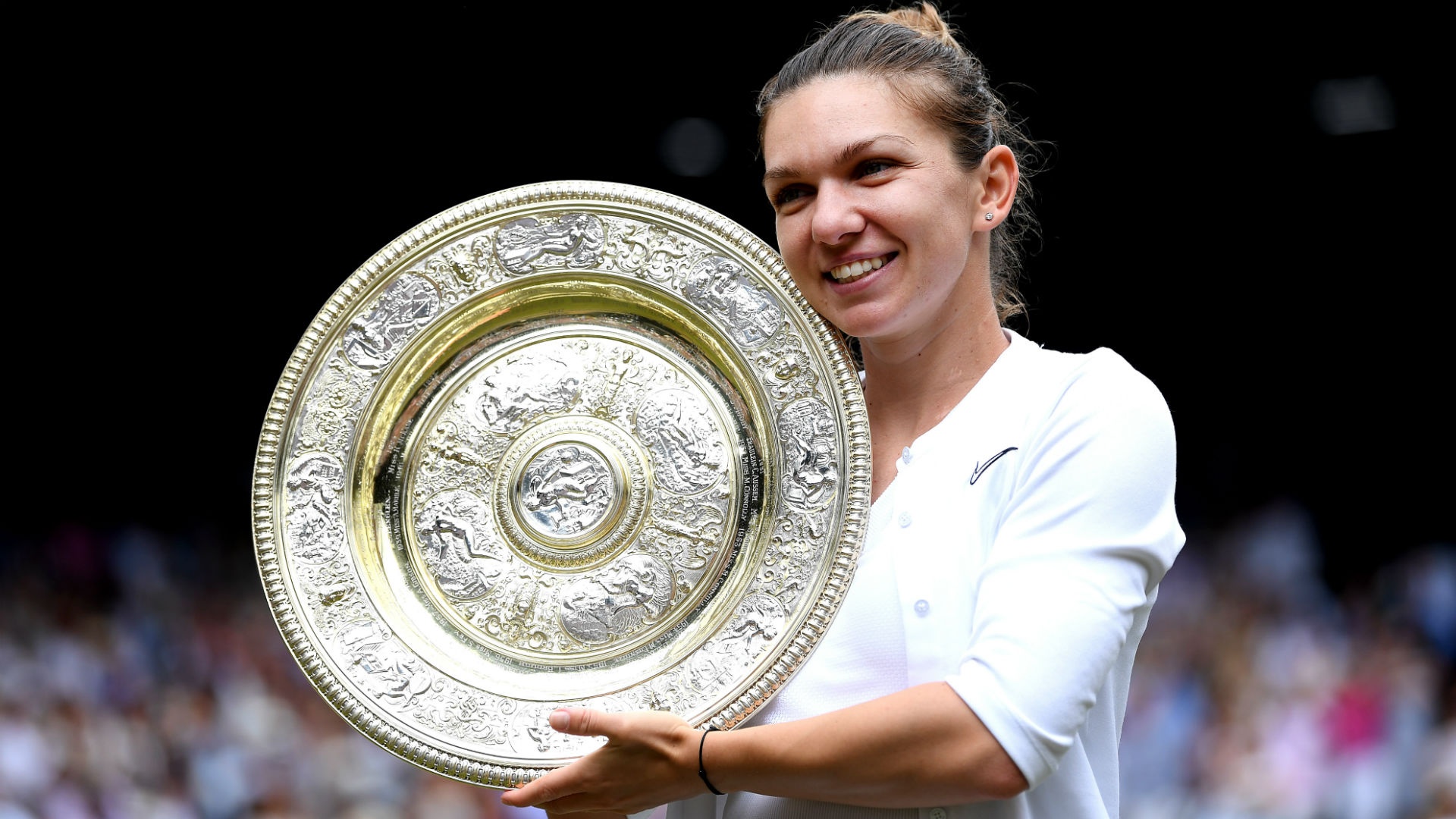 Simona Halep is saddened by the cancellation of this year’s Wimbledon, but described the honour of being defending women’s singles champion for two years as “rare and special”.

Wimbledon was this week cancelled due to the coronavirus pandemic, which has spread to over a million people worldwide.

It will mark the first time since World War Two that the grass-court grand slam has not been held.

Halep clinched her second major title at the All England Club last year, crushing Serena Williams in straight sets in the final.

In an interview with The Times, she said of not being able to defend her title this year: “Even though the cancellation of Wimbledon felt inevitable after the past few weeks, I had hoped it might somehow find a way to stay on the calendar as it is such a special tournament.

“So Wednesday was a sad day and I thought back to some of the happiest emotions of my life last year at the All England Club.

“I will miss going back to see Centre Court, the scene of that amazing final last year. I will miss seeing my name on the wall and all the nice things you get as a member of the club. I will miss the grass, a surface I finally fell in love with.

“I will miss wearing white. And I will miss the feeling of belonging as part of the huge tradition that Wimbledon represents.

So sad to hear it confirmed that Wimbledon won’t take place this year. Last year’s final will forever be one of the happiest days of my life! But we are going through something bigger than tennis now, and the best news is, Wimbledon will be back next year. And it means I have even longer to look forward to defending my title there! Stay strong everyone and keep believing

“I know that Wimbledon looked at other opportunities to stage the championships. They looked at playing without spectators and postponing, but none of these options worked because of the nature of the surface and the high number of people involved. It makes sense to call it off now so that we are all mentally prepared for it, rather than to wait and let people down at the last minute.

“The club sent me a nice email on Wednesday. I had previously been discussing with them the prospect of doing some filming as the defending champion in the lead-up to the tournament. Hopefully we can do those things next year instead.

“In a positive way, I will have the rare and special honour of being a reigning Wimbledon champion for two years. I love the tradition in which the defending champion gets to open play on Centre Court, so I hope I can still do that next year as that will be something to savour.”

The ATP and WTA Tours are both suspended and Wimbledon’s cancellation has led to talk of the rest of the 2020 season being wiped out.

“The virus is like nothing we have ever faced before, and it’s important to remember that tennis is not important in comparison to this life-threatening opponent,” added Halep.

“At this point, I do not want to speculate on whether the remainder of the 2020 season will be shut down. We have to see clear signs that the virus is under control.

“We have to let our governments and medical staff do their jobs, and when life starts returning to normal, then we can start to think about tennis.”