Simona Halep survives a tough three-setter against Garbine Muguruza to reach the Rome final on Sunday. Halep will battle either Karolina Pliskova or Marketa Vondrousova for the title. 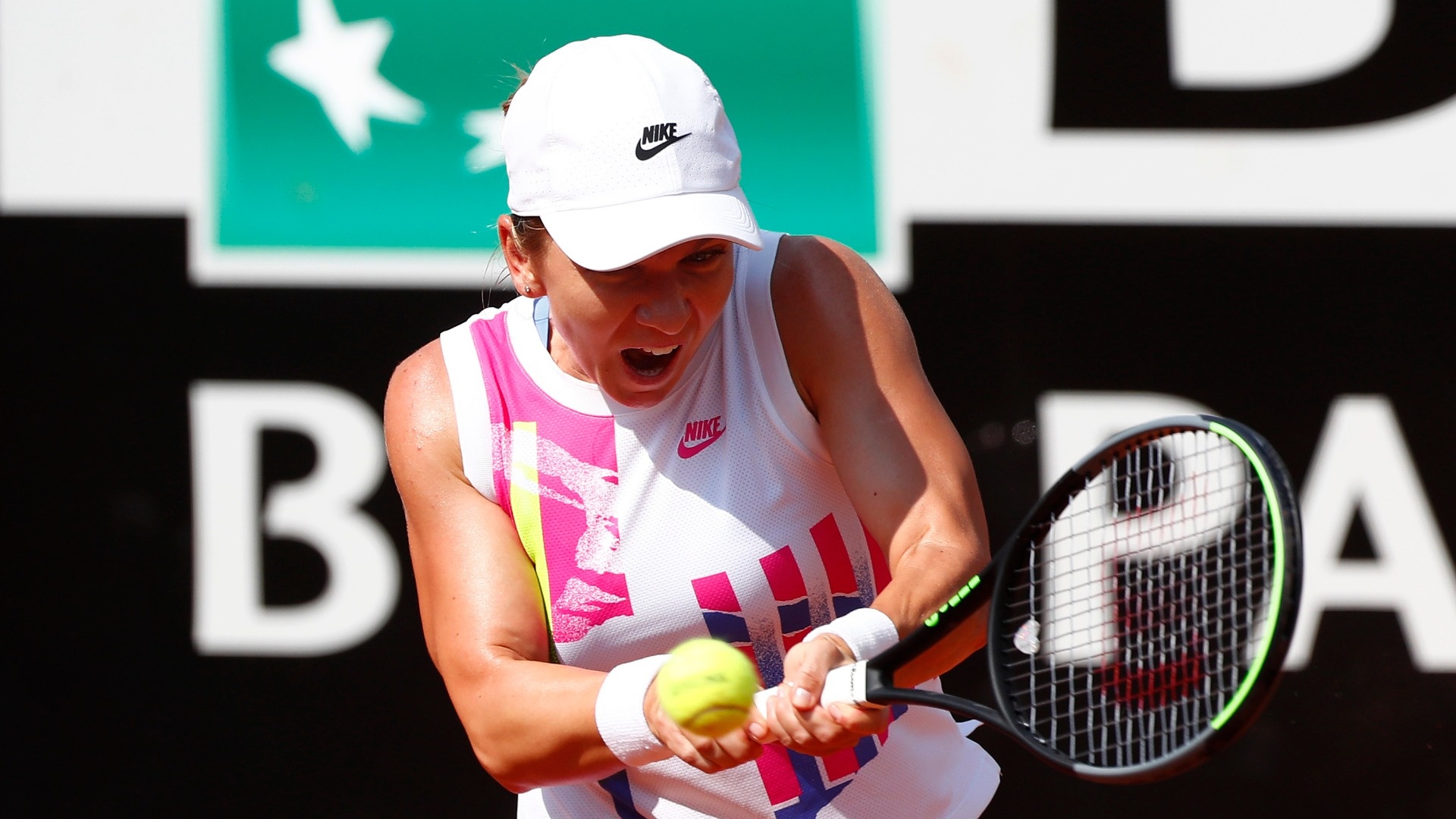 Seeking her first title at the Internazionali BNL d’Italia, Simona Halep scraped past Garbine Muguruza for a three-set victory during semi-final action on Sunday afternoon. Halep broke Muguruza’s serve a whopping nine times to prevail in two hours and 17 minutes, doing so in front of no more than 1,000 fans in attendance.

Rome’s No 1 seed awaits either Karolina Pliskova or Marketa Vondrousaova in Monday’s championship match. It will mark Halep’s third appearance in the final of this event, having previously finished runner-up in 2017 and 2018 (both times to Elina Svitolina).

Although Halep led by at least one break in every set, it was never easy for the 28-year-old. She raced to a 5-1 lead in the opening frame of play, watched Muguruza take the next two games, and then finished it off in appropriate fashion with her third break of the day at 5-3. Muguruza was seemingly on her way to a quick defeat when she dropped serve again to trail 3-1 in the second, but the 17th-ranked Spaniard had other ideas. She won all of Halep’s next three service games, so it did not even matter that she donated her own serve again at 2-3. A rare and surprising love hold for Muguruza at 5-4 set the stage for another see-saw affair in the third set.

Halep promptly surged to the same 5-1 advantage she had enjoyed in the first set. However, this time it was even more difficult to close it out. Muguruza again stormed back, recovering both of the breaks for 4-5. Of course, this contest ended in the only way it could: with a break. Halep earned a ninth and final scalp of her opponent’s serve to take the decider 6-4.

Halep has now won 13 matches in a row, having captured the Dubai title prior to the COVID-19 pandemic before lifting the Prague trophy following tennis’ five-month hiatus. She is now 3-0 lifetime against Muguruza on clay and this gained her at least some measure of revenge for a 2020 Australian Open semi-final loss to the 26-year-old.