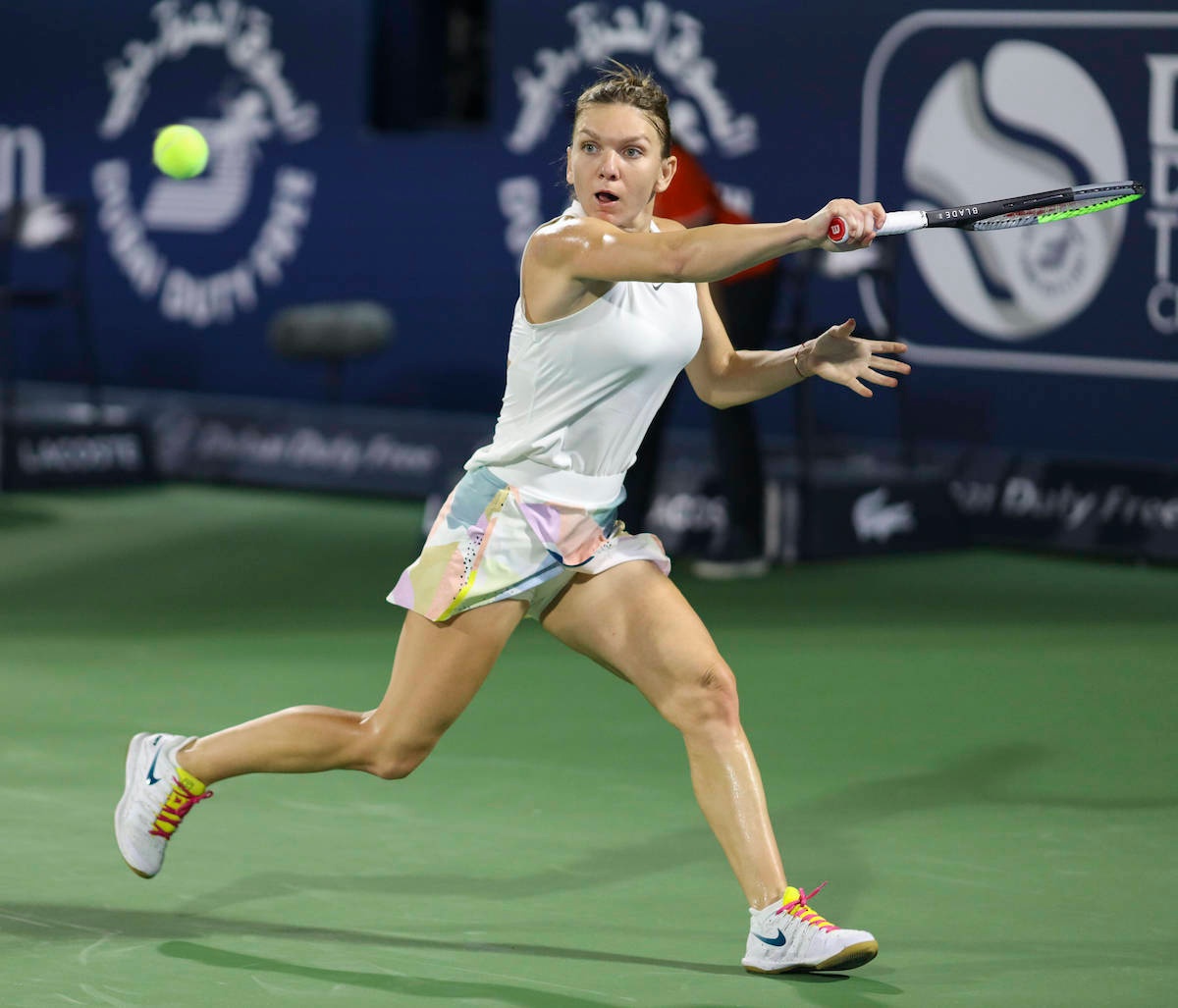 Simona Halep clinched her 20th career WTA title and first of 2020 as she overcame Elena Rybakina to win the Dubai Tennis Championship in thrilling fashion.

World number two Halep had to come from a set down against Rybakina, who put in a wonderful display and came within a break of securing her second title of 2020.

Halep, a Dubai champion in 2015, saved a break point in just the second game of the match but could not keep Rybakina at bay when the next opportunity came, going long in the sixth to fall behind.

Rybakina saw off two late openings to claim the set, only for Halep to make a brilliant start to the second and soon secure a trio of opportunities, breaking to love when Rybakina failed to pick out the left corner of the court.

Halep was made to work to consolidate the break but then had another two break points in the next game.

However, she passed up both opportunities, allowing Rybakina to roar back and break to love, with Halep signalling for her coach after going wide at the end of the rally.

“You just have to fight for every ball – which I did!”

Halep got the motivation she needed and chances came thick and fast in a mammoth game, which she eventually claimed en route to levelling the match when Rybakina slowed and a fourth break point was taken.

Momentum in the decider similarly swung back and forth, with Rybakina in control when Halep double-faulted before that advantage was immediately cancelled out.

A stunning volley put Rybakina 5-4 up, but Halep rallied to hold serve before breaking in the next game to take a 6-5 lead.

Yet Rybakina was not beaten and, at the second attempt, broke serve to force the tie-break.

Rybakina squandered the chance to take a 6-4 lead in the tie-break on her own serve, though, and Halep duly took advantage, with an overhit return handing the Romanian her second triumph in Dubai.