The in-form Aryna Sabalenka has now won 14 consecutive matches and could claim a third successive title on Wednesday. 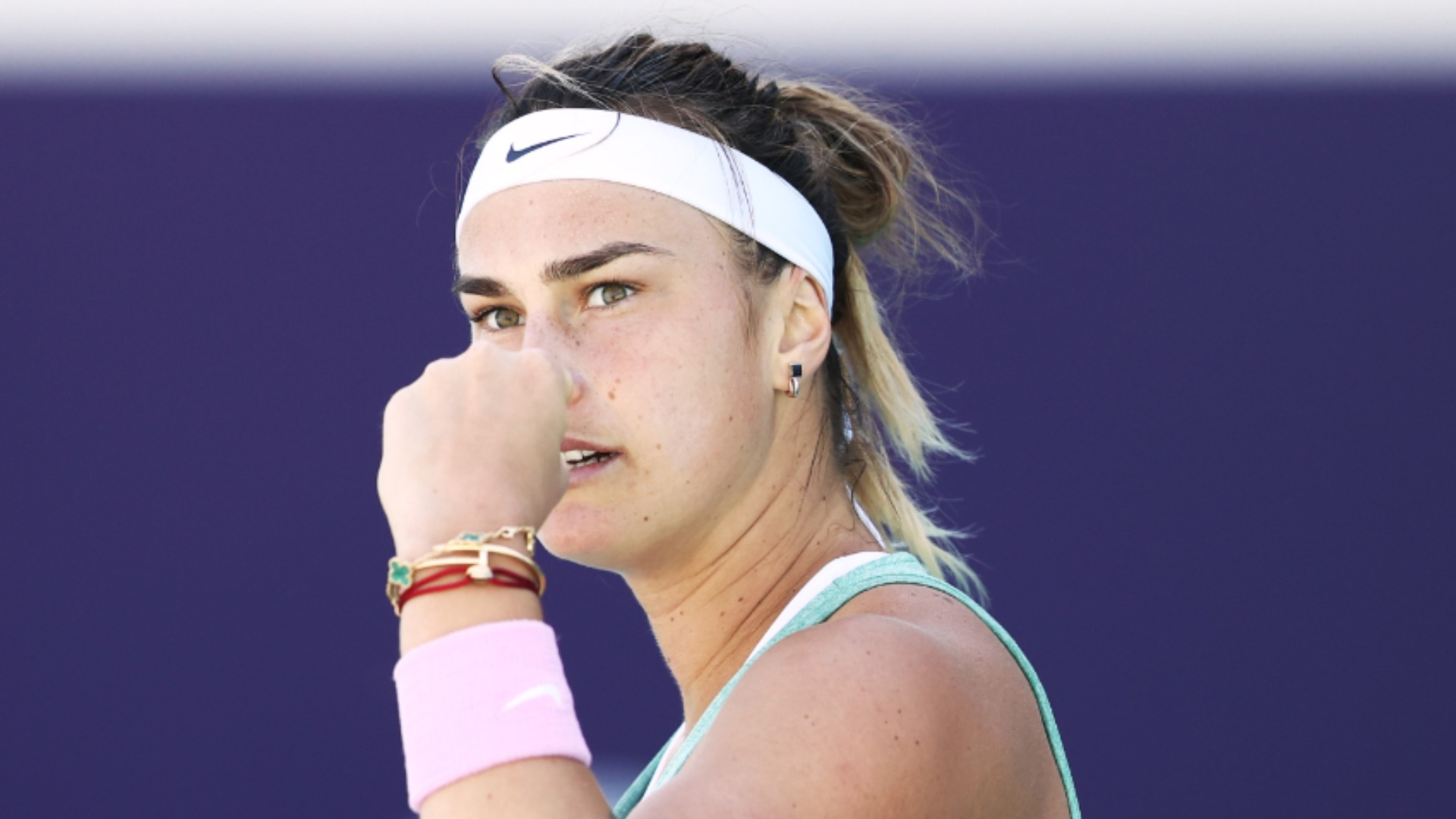 Sabalenka ended 2020 in red hot form and has carried on where she left off at Zayed Sports City International Tennis Centre to stand on the brink of claiming a third successive title.

The fourth seed from Belarus has now won 14 consecutive matches following a commanding 6-3, 6-2 success over Sakkari on Tuesday.

Sabalenka reached the 13th WTA singles final of her career at the age of only 22, taking just 57 minutes to see the back of ninth seed Sakkari.

The world No 10 struck 22 winners, eight of which were aces, and made only eight unforced errors, while winning 83 percent of points on her first serve and will be one to watch at the Australian Open next month.

Kudermetova will be playing in her maiden WTA singles final following a 7-6 (10-8), 6-4 victory over Marta Kostyuk of Ukraine.

Russian Kudermetova came from a break down in the first set and was behind in the tiebreak, but dug deep to edge in front in a battle between two unseeded semi-finalists.

World No 46 broke Kostyuk three times in the second set to secure her spot in the championship match, in which she will have to improve on a first-serve percentage of just 46.5.