Serena Williams said she only had herself to blame for losing to Maria Sakkari and offered an alternative analogy for her shortcomings. 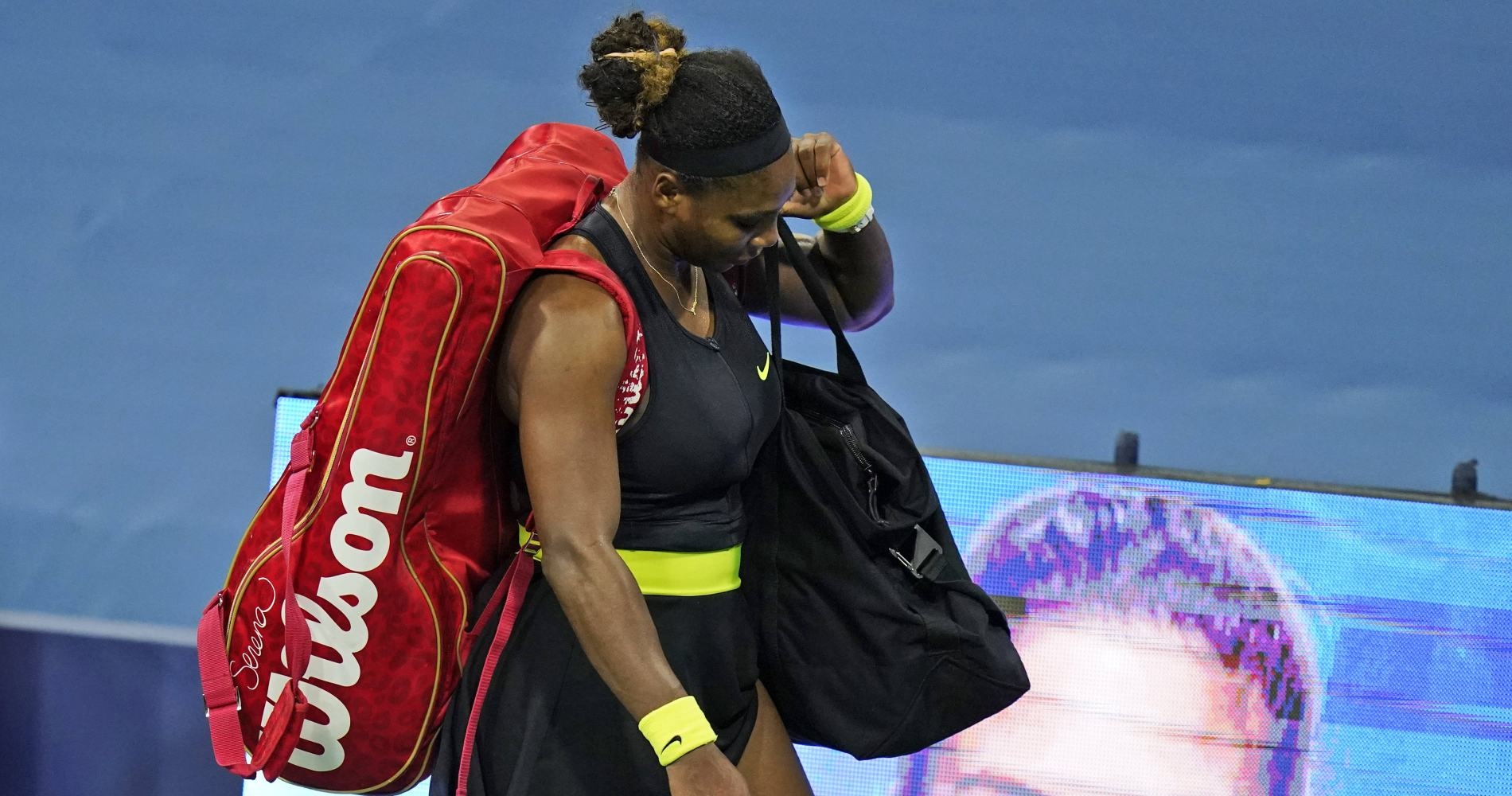 Serena Williams said she was finding it hard to “stay positive” after Maria Sakkari blew her away in the final set to reach the quarter-finals of the Western & Southern Open.

Williams saved seven match points in a final set Sakkari dominated before the fatigued 23-time Grand Slam champion was eventually put out of her misery by the Greek world number 21.

The legendary Williams revealed she was cramping but expressed concerns over her levels of performance this week.

Serena: “It’s like dating a guy that you know sucks”

Asked what happened in the final-set capitulation, the 38-year-old said:

“I don’t know, to be honest. It’s hard to play the way I have been playing and stay positive. And to play nine hours in a week is too much. I don’t usually play like that, it’s all new to me.”

“It was tough. I literally should have won that match. There was no excuse. It was hard, but I had so many opportunities to win, and I have to figure that one out, like how to start winning those matches again. There is really no excuses, to be honest. I started cramping, but I shouldn’t have been in that situation. I don’t think that helps mentally when it’s like, you know the match is over and you have won the match, and now your legs were already tired and now they are even more tired. I literally put myself in this situation. You know, it’s like dating a guy that you know sucks. That’s literally what I keep doing out here. It’s like I have got to get rid of this guy. It just makes no sense. It’s frustrating.”

Sakkari will play Johanna Konta for a place in the semi-finals.