The top two seeds in Abu Dhabi, Sofia Kenin and Elina Svitolina, each saved match points before booking their spots in the last eight. 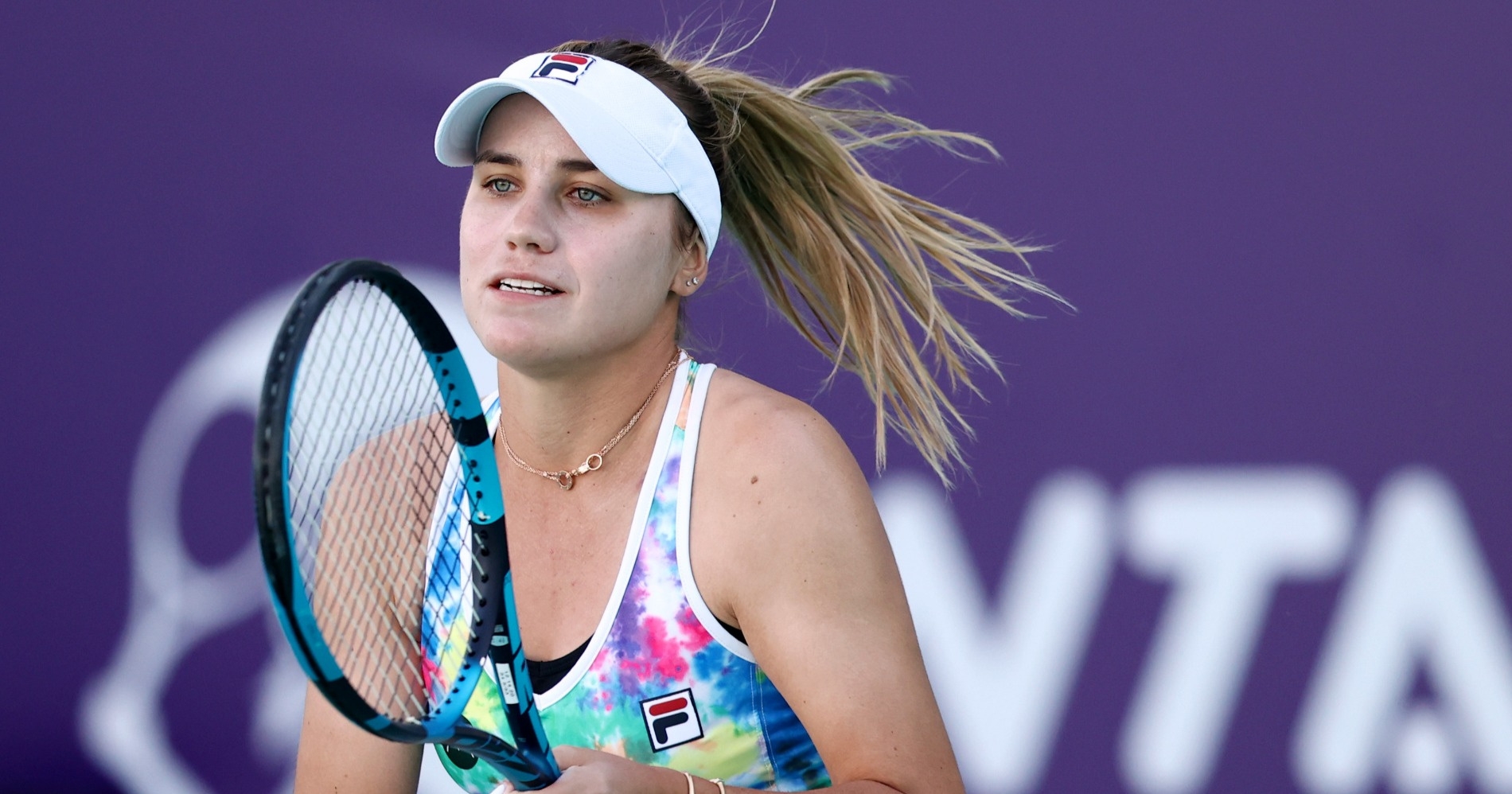 Sofia Kenin and Elina Svitolina fought back from the brink of defeat as both reached the Abu Dhabi Women’s Tennis Open quarter-finals on Sunday.

Top seed Kenin fended off a match point in the second set before battling to a 3-6 7-6 (7-5) 6-4 victory over Yulia Putintseva at Zayed Sports City International Tennis Centre.

“Yeah I guess I have to be match point down to kind of pick up my game,” Kenin joked after her hard-fought win. “I started off good in the second set but then she picked up her game. It was more mental, like I said – yeah I just had to find a way to battle through and somehow get the tiebreak win, I’m just happy with the way that I fought even though I wasn’t like feeling 100 percent on court.”

Putintseva was serving for a straight-sets win at 6-5 up in the second, but the tenacious Kenin forced a tie-break and rallied from 3-1 down to take the third-round match the distance.

The Australian Open champion secured three breaks in the decider to reach the last eight, hitting 35 winners to 25 from 13th seed Putintseva to set up a showdown with Maria Sakkari.

Kenin says the win was important for her because Putintseva, a frequent practice partner of hers at the Evert Academy in Florida, frequently has the upper hand on her.

“I train with her quite a bit at Evert, I kind of lose to her, like all the time with her,” she said. “I kind of wanted to get my revenge, I’d rather try to do well here rather than in practice at Evert. I felt like I had this peak with her where I was always losing, somehow I overcame that and I was able to win when it counted.”

The world number five was a break down in the final set and saved two match points in a tense tie-break before finally seeing the back of her Russian opponent.

That feeliing when there’s Elina Svitolina on the other side of the net who just won’t give up.. pic.twitter.com/m2ITj7TM73

Ninth seed Sakkari beat two-time grand slam champion Garbine Muguruza 7-5 6-4 to give herself the opportunity to get the better of Kenin for the first time in three attempts.