Having come close to a shock defeat on Thursday, Sofia Kenin went through another rough patch before securing her semi-final place in Lyon. 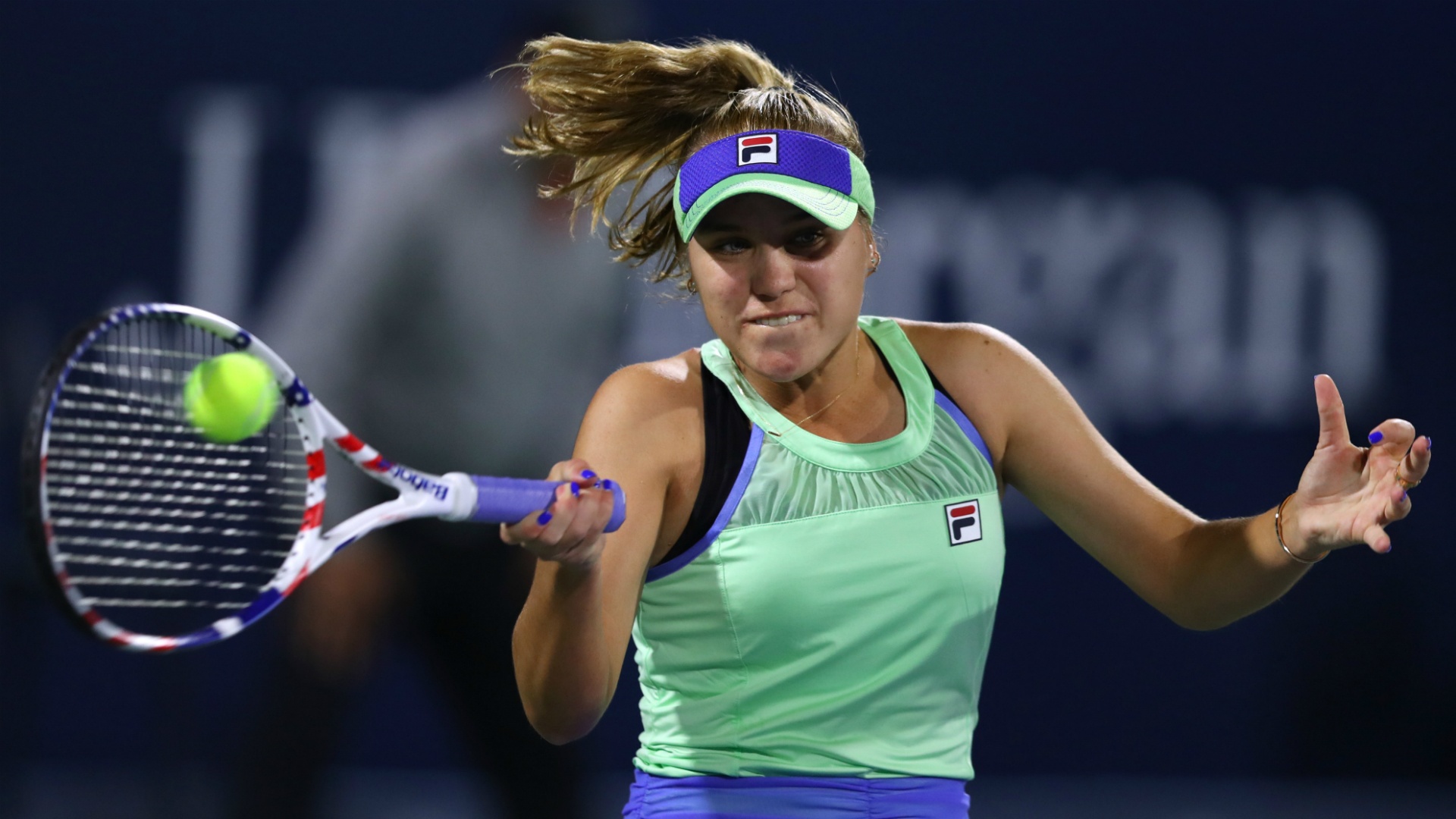 Sofia Kenin moved into the semi-finals of the Lyon Open after overcoming a tricky spell midway through her match with Oceane Dodin.

The Australian Open champion saved a match point against Romanian qualifier Jaqueline Cristian on Thursday but seemed to be finding some commanding form against Dodin as she eased into a 6-1 5-2 lead.

However, the American rather meekly allowed her opponent – ranked 130 in the world – to force a second-set tie break and then threw away a 5-1 advantage as the match went the distance.

Kenin was ultimately pleased with her performance, though, after coming through 6-1 6-7 (5-7) 6-2 following over two hours on court.

“It was still not perfect today, but I definitely feel like I found my rhythm,” she said. “I was playing well, dictating well.

“It was a bit of a strange match. I was up, and somehow managed to not close it out there, but overall, I think it was a good match. I played some good tennis, some good points, and I’m happy with the way that I found my rhythm after yesterday.”

Kenin will face fifth seed Alison Van Uytvanck in the last four, the Belgian having dispatched Caroline Garcia in an impressive 6-2 6-2 victory.