Kim Clijsters ‘improving’ ahead of second match in comeback

After a battling loss to Garbine Muguruza, Kim Clijsters is preparing to play Johanna Konta in Mexico. 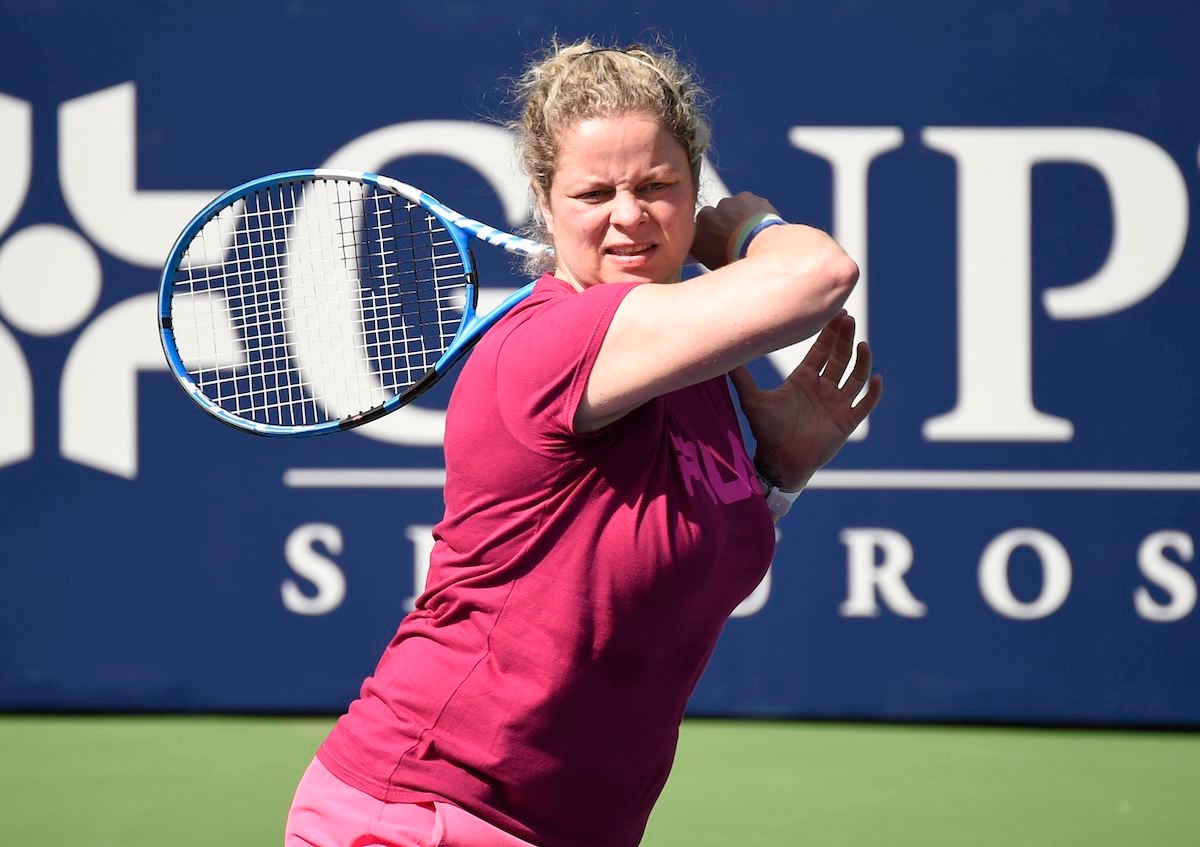 Kim Clijsters feels her game is “improving” ahead of the second match of her comeback against Johanna Konta at the Monterrey Open.

After a creditable performance in defeat to Australian Open runner-up Garbine Muguruza at the Dubai Tennis Championships last month, the 36-year-old’s return to the sport continues this week.

She meets world number 16 Konta in the first round on Tuesday and continues to make positive steps.

“I feel like with the tennis that I’ve been playing, I’m improving,” four-time grand slam winner Clijsters said ahead of her match in Mexico.

“It has to happen in the match now. The more matches I get to play, the more that will improve a little bit, and we’ll see how far I can go.

“I still have a good level in me. I’ve played one official match so far and some practice sets so I would like to have more matches. That’s the only way that I can practice certain things that you can only learn from matches.”

The 6-2 7-6 (8-6) loss to Muguruza in Dubai was Clijsters’ first contest since losing to Laura Robson in the second round of the US Open in August 2012.

I may have lost the match but for me this was a win. Being back on Court … that’s the feeling and energy I’ve missed and loved finding it again. Now looking forward to working together with my team to continue to grow and find my rhythm – step by step! #fortheloveofthegame pic.twitter.com/wFRcp4JaYq

Clijsters is braced for disappointments and setbacks in her return to the tour, but understands she will have to go through that in order to be competitive once more.

“It’s a process of ups and downs,” she said. “That is something you have to understand.

“It comes with failure, but I think it’s how you deal with the moments where it’s the toughest. That is when you improve the most, when you learn the most about yourself and when you are capable of improving.

“That was something I was always able to do well. When I lost in the past I was disappointed, but after a certain amount of time, I was able to make that switch in my head and use it, and that’s how I was able to become better.

“It’s that kind of mindset. It’s important to not get discouraged about the losses and use it to motivate you even more.”

Clijsters can take optimism from the fact Konta has lost all three of her matches in 2020, with the Briton having never played her before.