After losing to Aryna Sabalenka in the final last year, Petra Kvitova is edging closer to a repeat appearance in the Doha title match. Kvitova defeated Anett Kontaveit on Thursday and is joined in the semis by Jessica Pegula, Garbine Muguruza, and Victoria Azarenka. 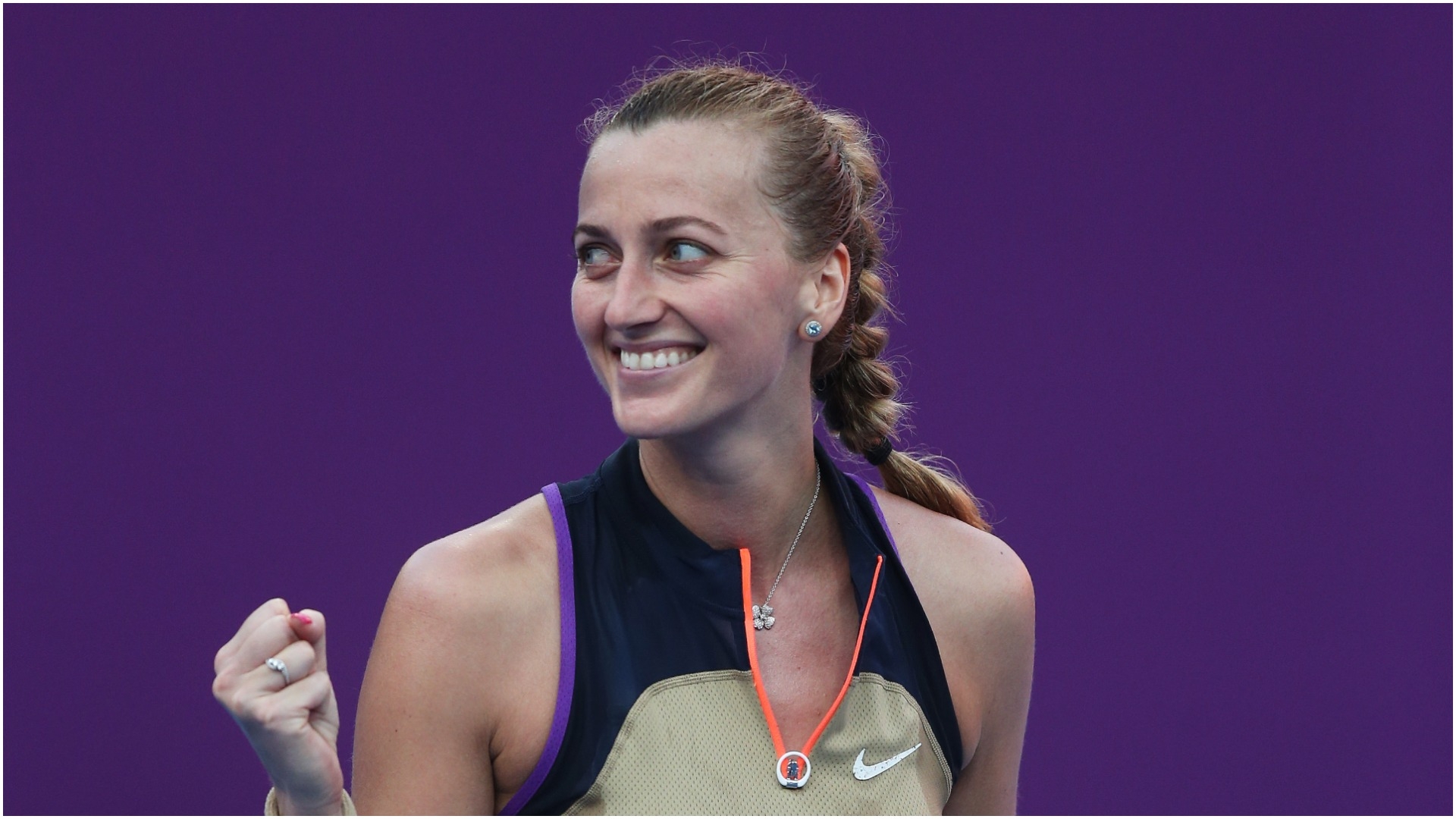 Petra Kvitova moved a step closer to a second straight appearance in the Qatar Open final after overcoming Anett Kontaveit on Thursday. Two-time Wimbledon champion Kvitova lost to Aryna Sabalenka in the 2020 final but has looked on top form throughout the current week in Doha.

“I’m really glad that after losing the second set, which I probably didn’t play the best, I started very well in the third,” said Kvitova.

“I learned that the return was pretty good from my side. I was going for it — first point, first shot — and I think that made a big difference. In the rally, it was 50-50 and anybody could win it; but when I put the pressure from my return, it was really very nice.”

Her reward is a semi-final matchup with qualifier Jessica Pegula, who caused an upset by defeating second seed Karolina Pliskova 6-3, 6-1. Pegula reached the Australian Open quarter-finals last month and played with supreme confidence to oust the 2017 Doha champion. With that the American reached her maiden semi-final at a WTA 500 event.

The other half of the draw will see Victoria Azarenka take on Garbine Muguruza.

Azarenka triumphed 6-2, 6-4 over top seed Elina Svitolina, with the two-time Doha champion maintaining her unbeaten record against the Ukrainian to reach the 60th WTA semi-final of her career. Muguruza routed Maria Sakkari 6-3, 6-1 to complete the last four.

Spaniard Paula Badosa awaits Mladenovic, while teenage wildcard Burel takes on compatriot and second seed Fiona Ferro in what is her first WTA quarter-final. There were also victories for Greet Minnen and Viktorija Golubic.