Garbine Muguruza and Bianca Andreescu are through to the round of 16 at the Miami Open. However, Sofia Kenin has been knocked out. 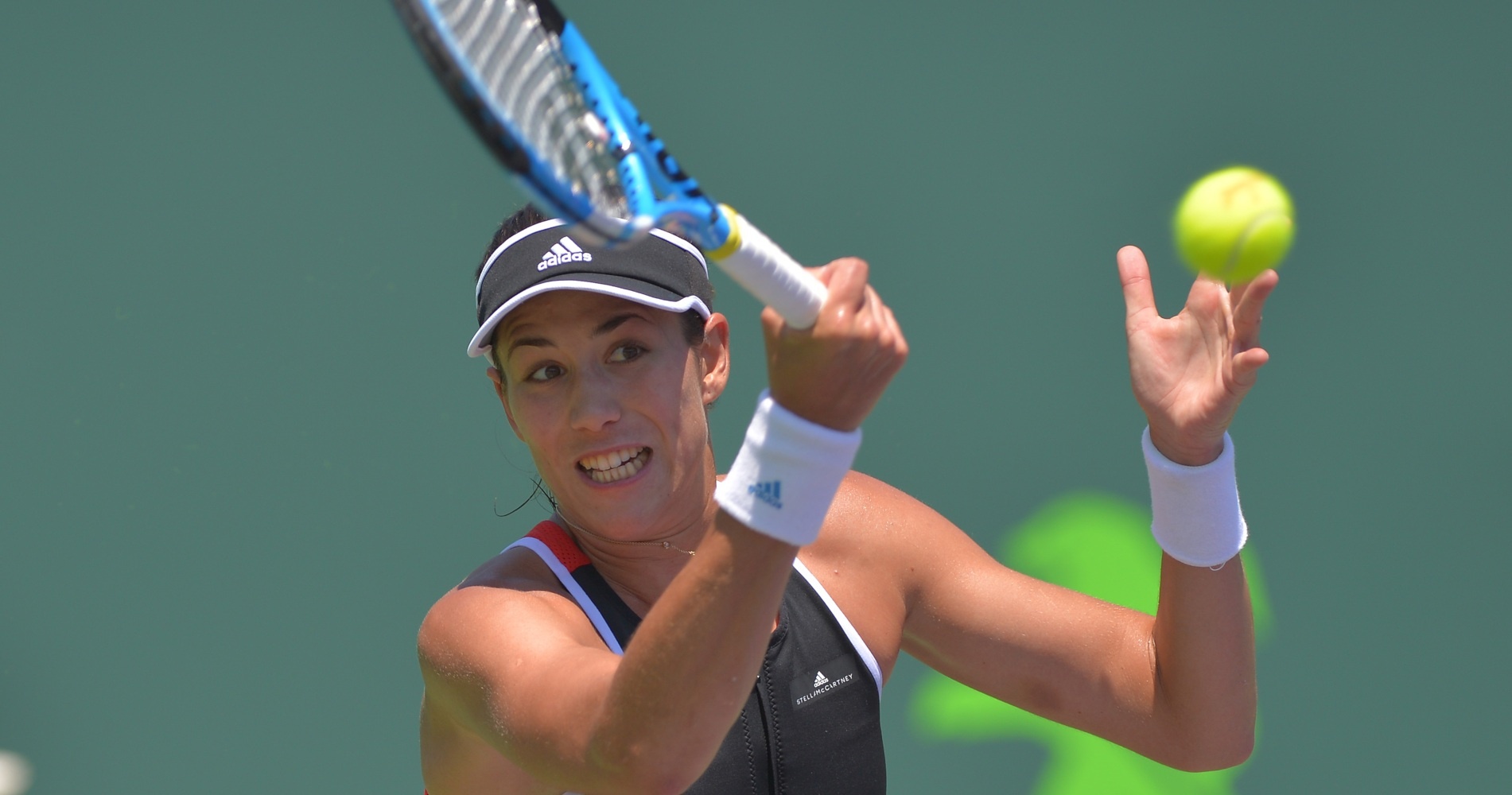 Garbine Muguruza in action here during at the Miami Open

Former world No 1 Garbine Muguruza reached the fourth round of the Miami Open on Sunday after a three-set win where she was joined by Bianca Andreescu. However, American Sofia Kenin was upset, joining sixth seed Karolina Pliskova on the sidelines.

Two-time Grand Slam winner Muguruza rallied past Russian wildcard Anna Kalinskaya at the WTA Premier event. Seeded No 12, the Spaniard continued her good run of form in 2021 to earn her tour-leading 20th win of the season.

“I brought my fighting spirit and I could match the level of fighting against Anna, and very happy to go through these tough matches,” Muguruza said after the match. “Doesn’t matter if you play pretty or you play ugly, but you stay strong and you go through these rounds. That gives me an opportunity to feel better and to have another chance.”

Into the Round of 16 at the #MiamiOpen for the sixth time in her career! 🙌@GarbiMuguruza outlasts Kalinskaya, 4-6, 6-3, 6-4. pic.twitter.com/rpwUKoDOj0

Muguruza – who has the most final appearances on the WTA Tour this season with three, having won the Dubai Tennis Championships and finished runner-up at the Qatar Open and Yarra Valley Classic – will next face eighth seed Andreescu.

Andreescu scores a three-set win to set up Muguruza clash

Former US Open Andreescu overcame fellow seed Anisimova 7-6 (7-4), 6-7 (2-7), 6-4 in the late evening match. The Canadian, who did not compete at all in 2020 due to injuries, showed her resilience to overcome her teenage opponent in a high-quality battle.

Kenin failed to defend her Australian Open title in February, going down in the second round, followed by a first round exit at the Phillip Island Trophy. Soon after, the American underwent appendicitis surgery and this was her first tournament since then.

Her third career win over a Top 5 player! @Ons_Jabeur defeats Kenin for the first time in her career, 6-4, 4-6, 6-4.#MiamiOpen pic.twitter.com/6BGAdf0yDo

Jabeur will take on Sara Sorribes Tormo for a spot in the quarter-finals. The Spaniard defeated 21st seed Elena Rybakina 6-1, 3-6, 6-2.

Earlier, world No 2 Naomi Osaka advanced to the round of 16 when her opponent Nina Stojanovic withdrew due to a right thigh injury. Osaka, who remains unbeaten since the tour resumed in August, will next play Elise Mertens, who overcame Anett Kontaveit 6-2, 0-6, 6-2.

Former world No 1 Pliskova was defeated by American Jessica Pegula for a third time this month. The 29th seeded Pegula won 6-1, 4-6, 6-4 and will next face Greece’s Maria Sakkari. The 23rd seed Sakkari scored a comprehensive 6-0, 6-1 win over Ludmilla Samsonova.