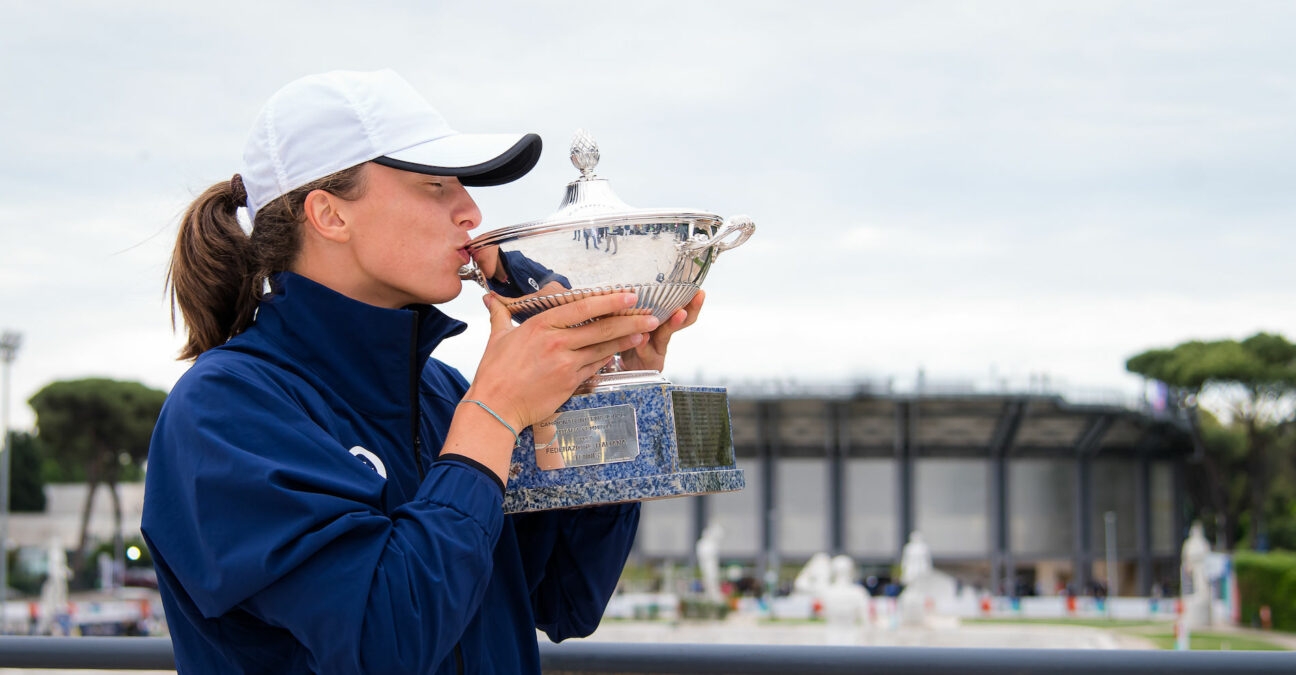 Iga Swiatek sealed a place in the world’s top 10 in style on Sunday, thrashing Karolina Pliskova without dropping a game in a stunning Internazionali BNL d’Italia final.

The reigning French Open champion was in ruthless form in the showpiece match, dismantling the ninth seed 6-0, 6-0 in just 46 minutes on the Rome clay.

Pliskova simply had no answer as she suffered the first double-bagel loss in a WTA final since 2016, back when Anastasija Sevastova was on the receiving end against Simona Halep in Bucharest.

Swiatek showed no mercy to her opponent, losing just 13 points during a lopsided contest. She did face two break points in the third game of the second set, but quickly recovered to hold serve.

The victory secures a third career title for the teenager from Poland, who also triumphed in Adelaide earlier this year.

“I’m really really happy. I’m kind of overwhelmed because at the beginning of this tournament I wouldn’t even dream of winning,” Swiatek said in her on-court interview.

“It was super tough. We had to fight a lot of stuff.

The new champion had needed to play twice on Saturday due to rain delays during the tournament, overcoming both Elina Svitolina and Coco Gauff in straight sets to progress to the final.

Those results came after a last-16 scare against Barbora Krejcikova, Swiatek twice having to save match points before eventually prevailing in a deciding set.

“I’m really happy we’ve been able to play with fans because you gave me a lot,” Swiatek, who is certain to be inside the top 10 when the updated rankings are released on Monday, said.

“Everything happened during this week. I’ve been playing two matches in a day, saving set points, saving match points, and you [the crowd] helped me a lot because it’s tough.

“I want to thank people that are not here, my family and my cat, I am always thinking about her.”