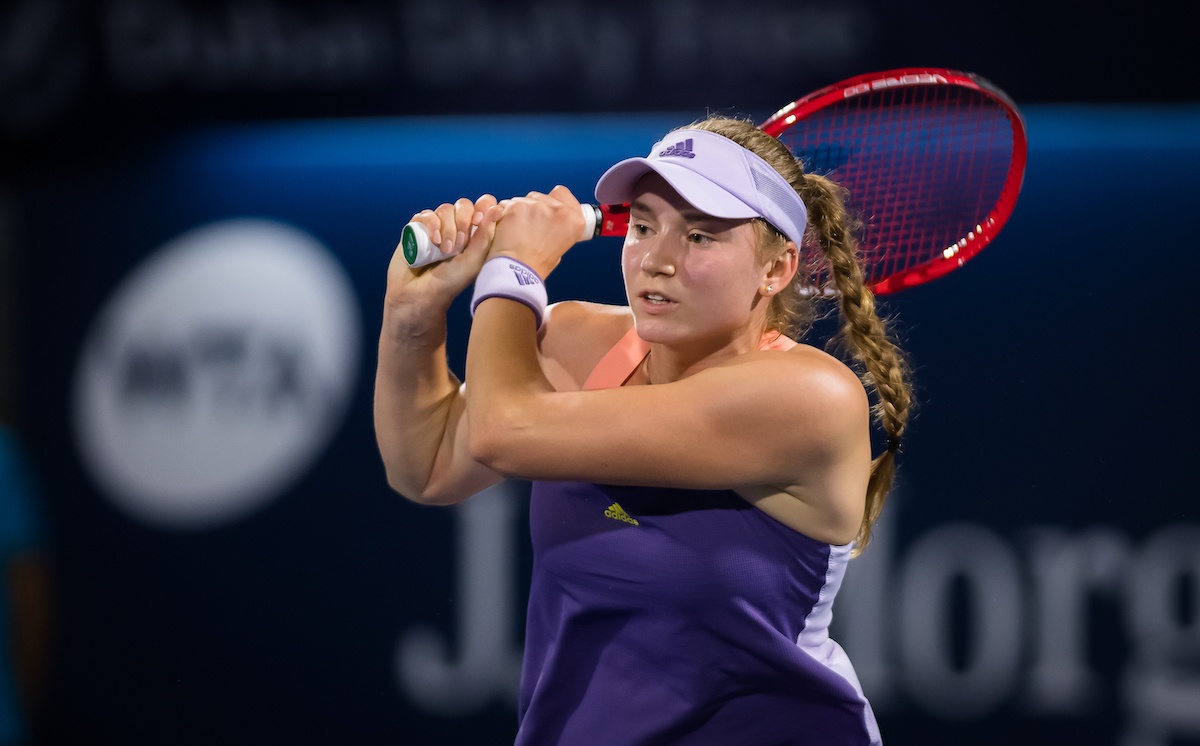 The rangy Kazakh had dispatched Australian Open champion Sofia Kenin in the opening round and proved it was no flash in the pan, taking the game to Pliskova and often outhitting her opponent in an impressive display of all-court tennis featuring 11 aces and 33 winners.

“It’s amazing, it was a really tough match and it was so hot for me today but I’m really happy I won,” Rybakina told Annabel Croft courtside afterward. “It was the serve and also the return and I tried to play a good first three points, the first three shots because I knew that it was going to be long rallies so I was focusing on the first three.”

“It was a really tough match!”

Elena Rybakina reflects on her first Top 5 victory and progression to the #DDFTennis final four. pic.twitter.com/BQXmgdZjoG

Having taken the opening set on a tie break, Rybakina broke Pliskova in the Czech’s opening service game of the second set before saving two break points on her own serve.

Pliskova stopped the rot by holding for 3-1 and had a further chance to break before Rybakina blasted a forehand winner off the back foot to extend her lead further to 4-1.

Towards the tail end of her match against Kenin, Rybakina played some wild shots, showing signs of nerves in trying to close out one of the biggest wins of her career. And with two further break points for a 5-1 advantage and surely the match, the same looked to be happening again, as Pliskova hung tough to put the pressure back on her younger opponent.

This time, Rybakina did not let the disappointment of failing to convert those ‘virtual match points’ affect her, holding her nerve on serve to out the biggest win of her career.

Rybakina may now be the favourite to make the final in Dubai as she faces either Anna Kontaveit or Petra Martic in the semi-final. That, in itself, will represent a different kind of pressure for the World No. 19.

“I doesn’t really matter for me who I have to play next, but yes for sure I’m going to recover and I’m going to watch the match,” added Rybakina.