Sabalenka confirms Kindlmann split after easing through in Strasbourg

Aryna Sabalenka cruised past Ellen Perez in Strasbourg, subsequently confirming she had decided against taking on coach Dieter Kindlmann. 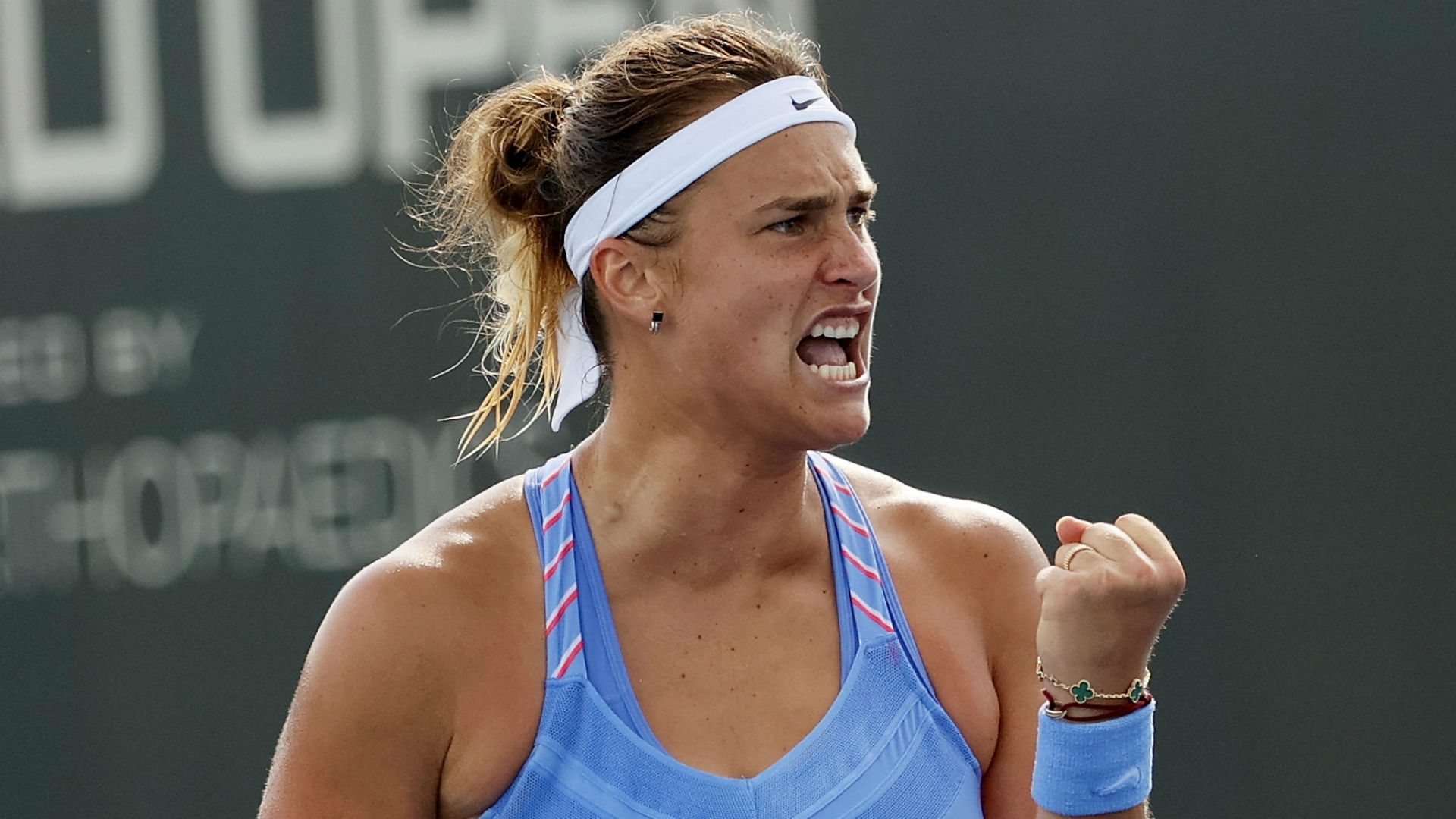 Aryna Sabalenka revealed her decision not to take on Dieter Kindlmann as a coach after she cruised to a straight-sets win over Ellen Perez at the Internationaux de Strasbourg.

Number four seed Sabalenka was in fine form as she made a convincing start to her campaign, taking just over an hour to beat qualifier Perez 6-4 6-3 and move into the second round.

Perez was last year’s doubles champion in Strasbourg but was no match for the world number 12, who is currently operating with her hitting partner as a coach.

Sabalenka will face Blinkova in the next round

Sabalenka had been working with Kindlmann, who used to coach her doubles partner Elise Mertens, heading into the US Open, but the Belarusian elected not to keep him on.

“I told him that I think I’m not ready for a new person on my team, Sabalenka explained. He’s a great guy, great coach, but I’m just not ready. I’m going to work with my hitting partner for now as my coach.”

Former US Open champion Sloane Stephens succumbed to the shock result of the day, meanwhile, as she crashed out to world number 83 Nao Hibino.

Stephens was going up against an opponent who was 0-3 across her first three events since the season was restarted, but Hibino secured a hard-fought 6-2 3-6 6-1 triumph.

“Last week, I lost in qualies in Rome and it was not a good match, so I learned from that,” Hibino said after the match. “Of course, Sloane is a good player, especially on clay courts. I prepared mentally and with tactics, so I think it helped a lot today.”