Petra Kvitova was unable to add a second Qatar Open trophy to the one she won in 2018 as Aryna Sabalenka emerged victorious in the final. 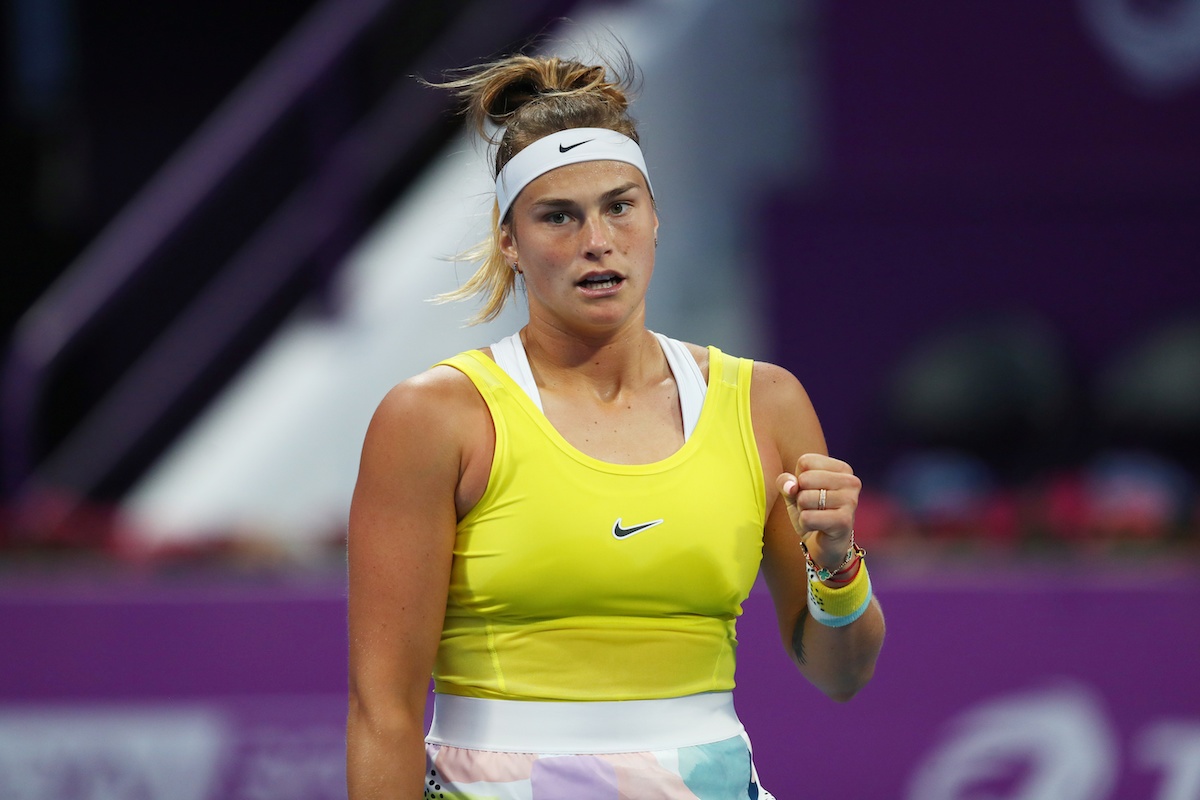 Aryna Sabalenka is back on track! And it’s amazing news for the tennis world. The powerful and spectacular Sabalenka, coached again this week by Dmitry Tursunov, proved too good for Petra Kvitova in the final of the Qatar Open, winning in straight sets (6-3 6-3) to claim her sixth WTA Tour title.

Kvitova won the tournament in 2018 and had beaten world number one Ash Barty in the last four, yet she was unable to secure the victory that would have moved her back into the world’s top 10. Instead, she got overpowered by Sabalenka, couldn’t find any answer on the return and was dominated in most of the rallies. Which is not something you usually say about Kvitova! She took a medical time out in the middle of the second set, but it didn’t help her finding back her highest level, the only one that could have matched Sabalenka not only today but on the whole week.

Sabalenka, whose nerves can sometimes be her worst enemy, saved all five break points she faced in one cazy 10 minutes game at 1-2 in the second set. When she’s calm and focused, she can simply become unplayable. Hitting winners from all over the place despite the insane risks she’s taking, defending well, being able to play at such a pace… Sabalenka remains a player that should be a contender for every big title on Tour. She “just” needs to find a way to control the amazing power he has and also her intense temper.

The triumph, Sabalenka’s second successive Premier 5 title after her victory at the WTA Elite Trophy in September, ensured the 21-year-old will move to 11 in the world rankings, ahead of Kvitova at 12.

Aryna Sabalenka’s captures her 6th career title with her dominant run at the Qatar Total Open, her 3rd Premier 5 title.

Sabalenka had two break points in Kvitova’s opening service game and though the two-time Wimbledon champion held, she fell 3-1 down when failing to win a point two games later. It took Sabalenka just 29 minutes to forge ahead in the match, one of seven aces delivering the first set. Kvitova had multiple chances to break in the fourth game of the second set but, in a game that lasted over 10 minutes, Sabalenka held firm before bending in a winner to break and go 4-3 up.

Sabalenka had three championship points and though Kvitova rallied to save all of those, two pieces of fortune via the net cord helped the Belarusian seal the win in one hour and 14 minutes. “It’s a special moment. It was an amazing week this week,” Sabalenka said in her on-court interview. “I was enjoying every second on the court.” With Indian Wells and Miami coming, she will have the opportunity to crack that Top 10 again as she’ll already be 11 on Monday. The US Open double champion made the Sunshine double last year, still with Elise Mertens. But now it’s in singles that she’s going to try to go for it.