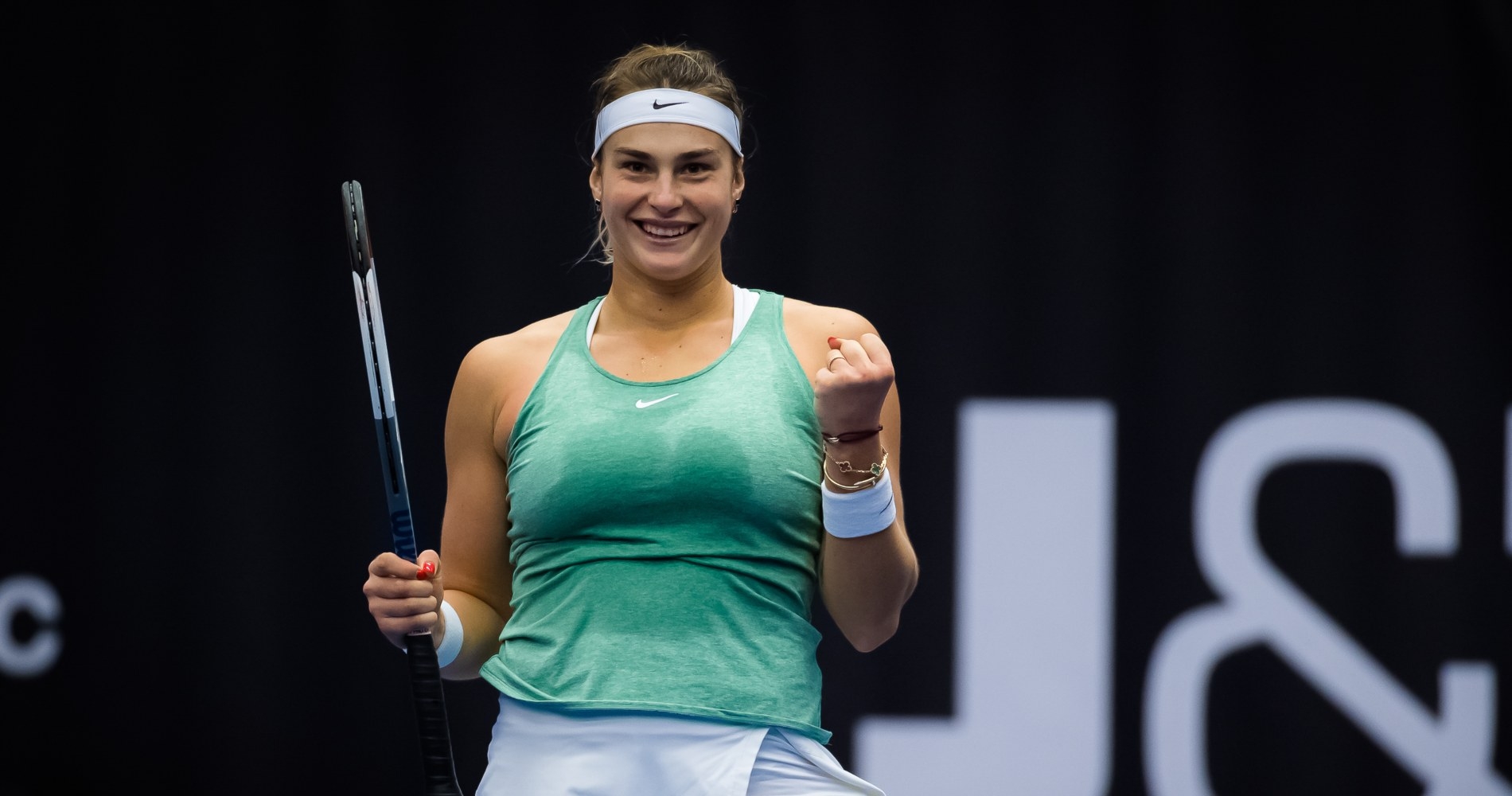 Although vacation will surely be nice and the end of stressful season plagued by the coronavirus pandemic, Aryna Sabalenka probably wishes it would never end.

Sabalenka had already won the Ostrava title in late October, and now she is the champion in Linz. The 22-year-old capped off her 2020 campaign with back-to-back titles, beating doubles partner Elise Mertens in straight sets in Sunday afternoon’s Linz final. Sabalenka, who has won a doubles Grand Slam (2019 US Open) and two Premier events with Mertens, triumphed after one hour and 42 minutes.

The two friends took turns leading by breaks in the opening set. Sabalenka struck for quick 2-0 advantage but gave it right back in the third game and dropped serve again at 4-4. Mertens came within two points of the set while serving at 5-4, 30-30, but another service break kept Sabalanka’s chances alive.

With momentum back on her side, the Belarusian was not about to relinquish it this time around. She survived a seven-deuce game at 5-5 — fighting off three break points in the process — and that proved to be the turning point not only of the set but also of the entire match. Mertens could not overcome the disappointment of that game and promptly dropped serve at 5-6 to end the set.

Sabalenka soars in the second

The rest of the way it was one-way traffic for Sabalenka. The world No. 11, who will finish the season in the top 10, ran into just one sticky spot when facing break points at 3-1 but she saved them in expert fashion. Service breaks at 1-0 and 5-2 were more than enough for Sabalenka to clinch victory with little trouble.

“It’s been an amazing week. I’m happy to play the final in Linz.” 😊