It has been a long time coming, but best friends off court Serena Williams and Caroline Wozniacki have shown on-court chemistry in Auckland. 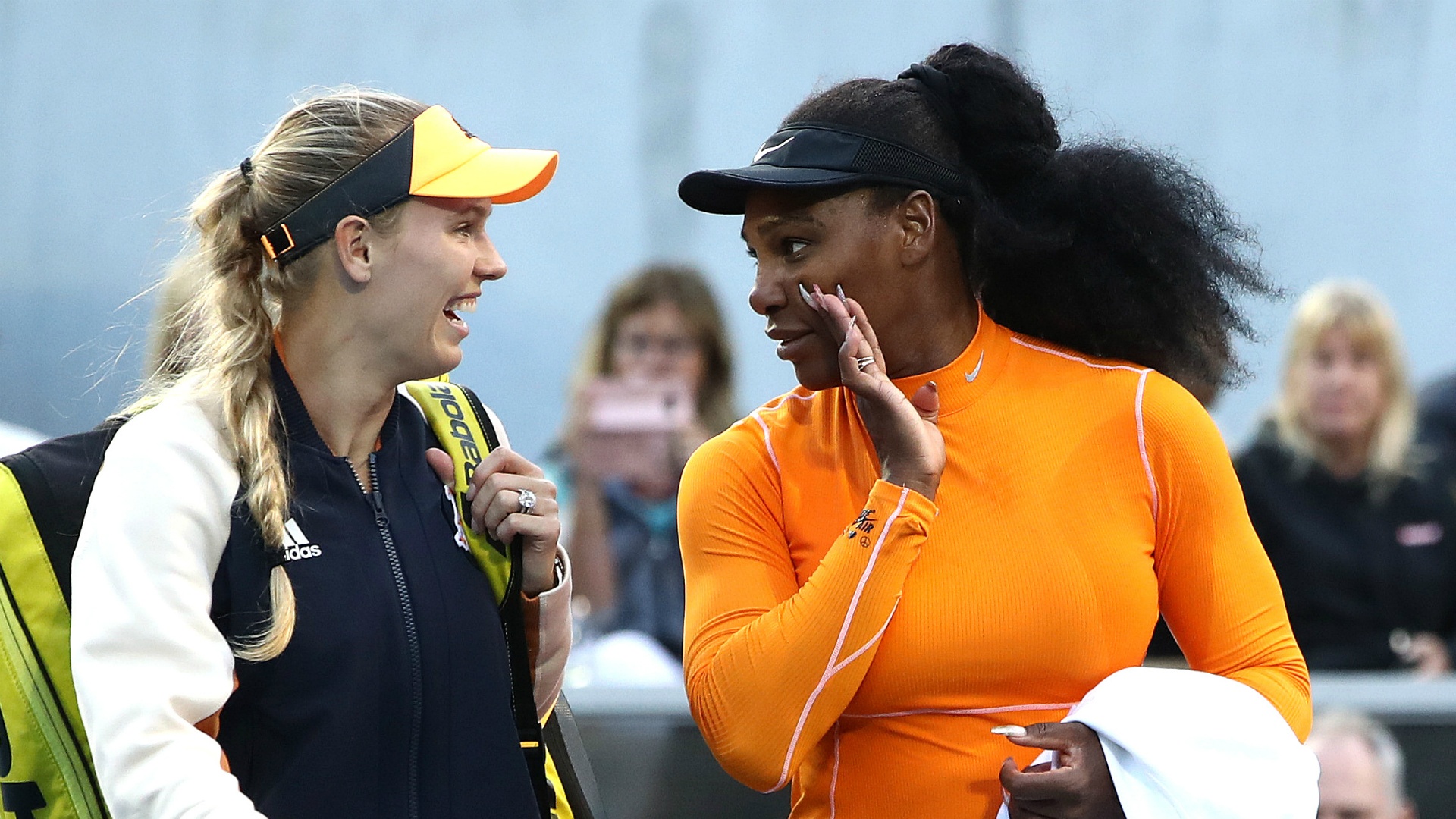 Serena Williams and Caroline Wozniacki are making the most of the time they have left together on the women’s tennis tour – moving two wins away from landing a trophy together.

American superstar Williams and Denmark’s former Australian Open champion Wozniacki have been firm friends for a long time, often spending time together away from the circuit.

But Wozniacki is just weeks away from retirement, so there was no time like the present for the pair to team up in doubles for the first time, and almost certainly the last.

And at the Auckland Classic, the crowd-pleasing Williams-Wozniacki partnership could be destined for silverware after a thumping 6-2 6-1 victory over top seeds Caroline Dolehide and Johanna Larsson took them through to the semi-finals.

“I’m happy to have my second win in 10 years in doubles! But I’ve got the best partner,” Wozniacki said in an on-court interview.

Former singles world number one Wozniacki has barely played doubles in the past decade, and had not won a tour match in the format since a rare outing alongside Malou Ejdesgaard at the 2011 Danish Open.

Williams, however, brings all the credentials in the world. When Williams plays doubles, invariably she is in it to win it.

She and sister Venus have a 100% record in the grand slam doubles finals they have reached as a team, landing 14 of those major titles together, while they also have picked up three Olympic titles.

Indeed, the last time Serena reached a women’s doubles final but fell short was way back in 1999, when she and Venus were runners-up at the Southern California Open.

Wozniacki bows out of tennis after the Australian Open, having decided at the age of 29 the time has come to explore what else life has to offer.

She and Williams, who beat Nao Hibino and Makoto Ninomiya in round one, face a wait to learn who their last-four opponents will be.

But lurking on the other side of the draw, also into the semi-finals, are a pair who should play a big part in the future of women’s tennis: American teenagers Coco Gauff and Caty McNally.

Gauff, 15, and McNally, 18, saw off the second seeds – Lara Arruabarrena and Renata Voracova – in their opening match and followed up by brushing aside Australians Jessica Moore and Arina Rodionova 6-3 6-2.