Top seed Karolina Pliskova falls to Veronika Kudermetova in the Czech’s opening match of the Cincinnati event on Sunday. Sofia Kenin is also out. 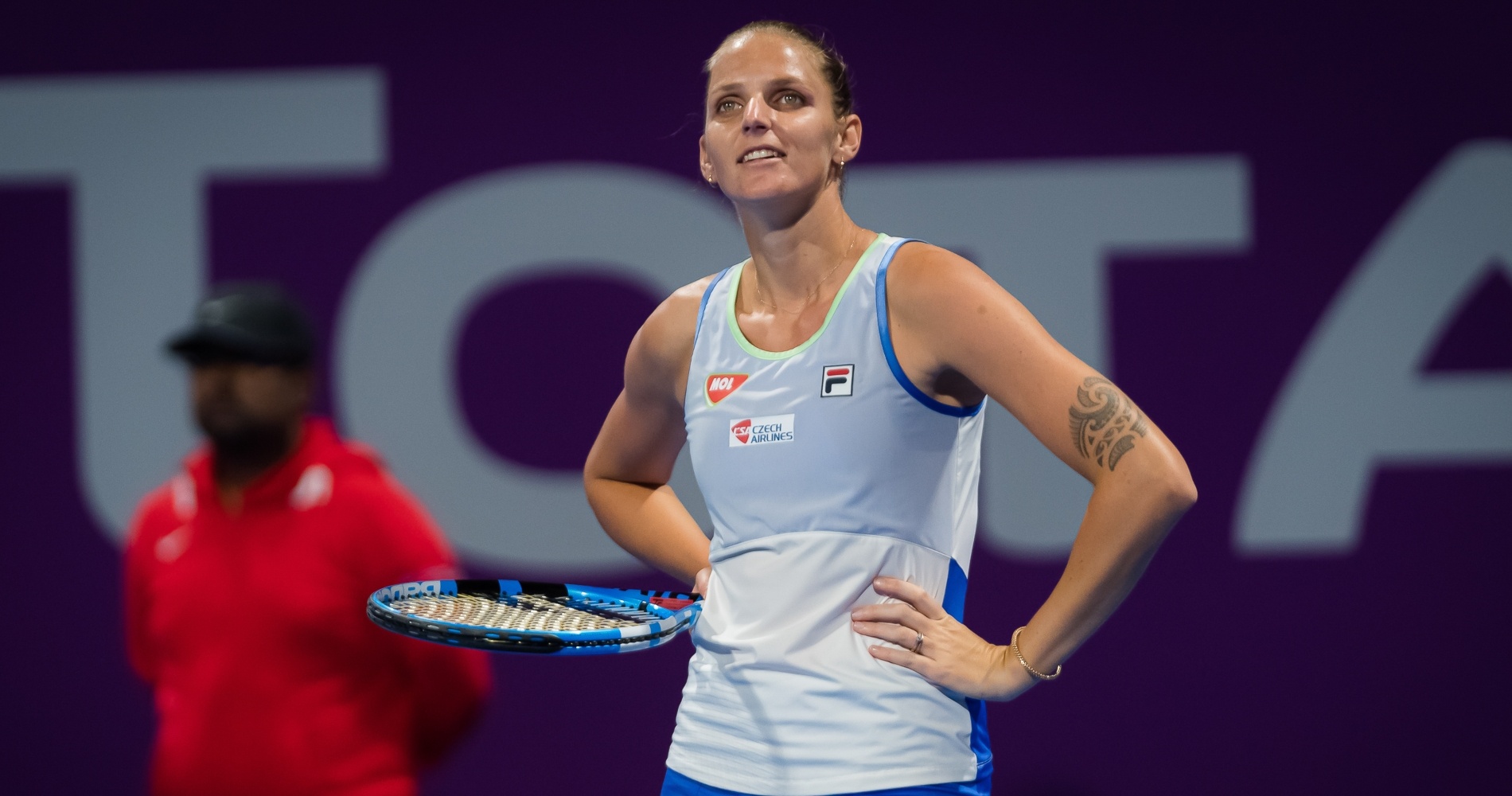 Both of the top two seeds on the women’s side of the Western & Southern Open lost their first matches on Sunday night. No. 1 Karolina Pliskova was upset by Veronika Kudermetova 7-5, 6-4 and Sofia Kenin fell to Alize Cornet 6-1, 7-6(7).

Pliskova, who is ranked third but was seeded first due to the withdrawals of Ashleigh Barty and Simona Halep, got off to a decent enough start. In fact, the Czech led 4-1 in the opening set only to crumble at that point. Kudermetova broke back easily in the seventh game and eventually survived a tough service game to hold for 5-5. With momentum in hand, the 23-year-old broke for 6-5 and proceeded to serve out the first set in routine fashion.

In the second, one break was enough for Kudermetova. The world No. 41 had chances at both 1-1 and 3-3 but did not convert until seeing her fifth break point of the set at 4-4. Serving for the match at 5-4, Kudermetova — who had not faced a break point throughout the set — fought off one break point before getting across the finish let when Pliskova sent a forehand long.

“I tried to not think about the score,” the Russian said of her 4-1 deficit in the first set. “I tried to fight, tried to continue play every ball, tried to enjoy playing in the big stadium against the first seed. It was nice feeling, and I tried to just fight and enjoy it. And that’s it.

“I know she is really good player. I needed to just keep working on every point. I knew I had a good chance because I played yesterday; she was playing just her first match. I feel like I’m in a little bit better condition than she is; I think it was maybe a little bit of the key to this match.”

The Kenin-Cornet match also lasted only two sets, but it was more of a roller-coaster ride. Cornet, the runner-up at UTS2, led 6-1, 5-2, and 40-15 — one point away from a remarkably simple victory over the reigning Australian Open champion. But Kenin can never be counted out. The second-seeded American saved two match points and eventually converted her third break point of that game for 3-5.

Kenin broke again for 5-5 and eventually forced a tiebreaker, which was a see-saw affair in itself. The 21-year-old trailed 4-1 but won five points in a row to surge ahead 6-4. This time it was Cornet’s turn to mount a comeback. The 30-year-old Frenchwoman fought off both set points for 6-6 and finally converted her fourth match point — her second in the tiebreaker — at 8-7 when Kenin missed a backhand just barely wide.