Despite winning their meeting at Flushing Meadows, Serena Williams was stunned by Tsvetana Pironkova’s standards on her return to action. 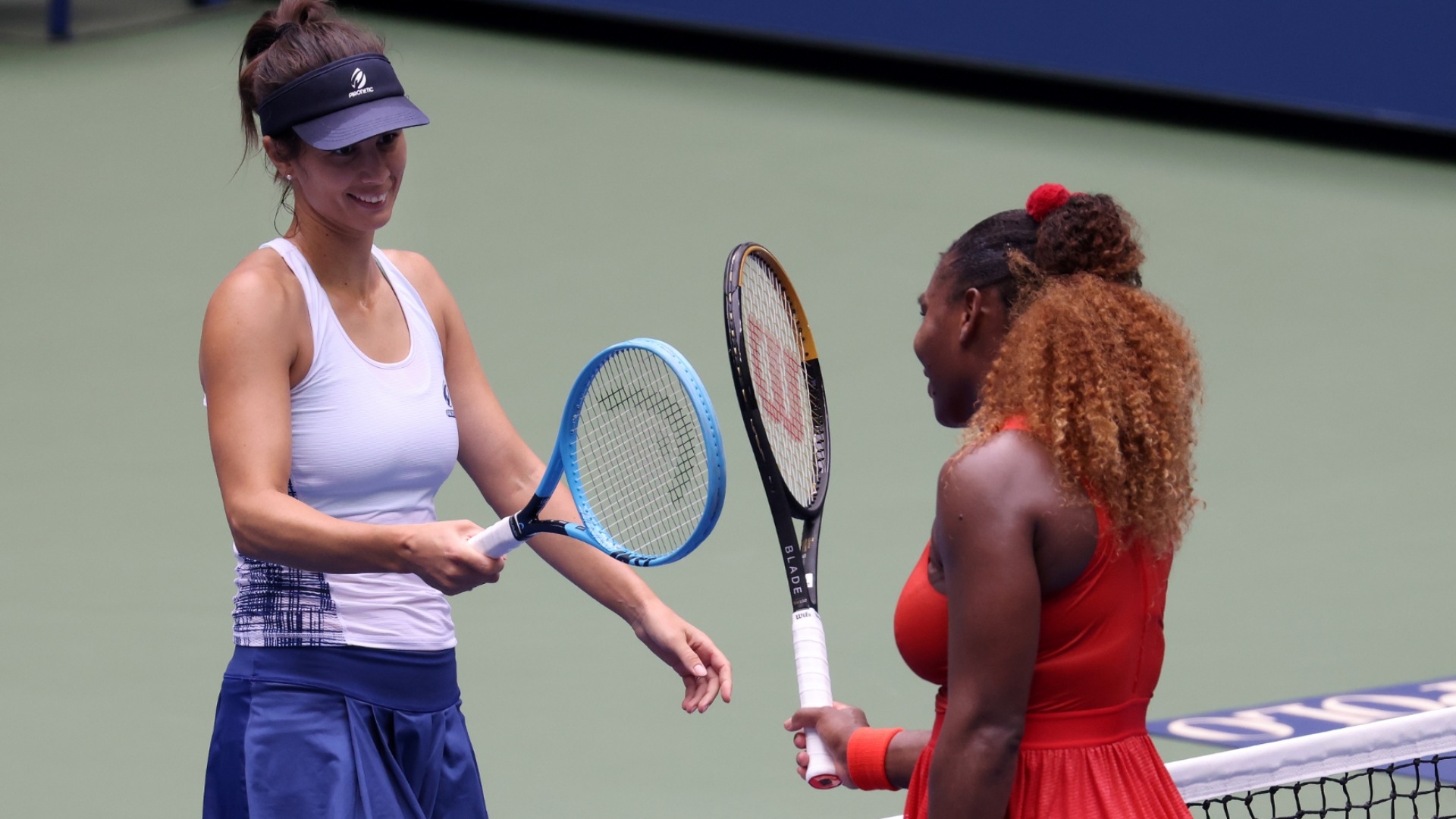 Serena Williams marvelled at beaten opponent and fellow mother Tsvetana Pironkova after their exhausting US Open quarter-final on Wednesday.

Williams is aiming to win a grand slam for the first time since giving birth to her daughter in 2017, having lost four major finals in the intervening period as she remains one championship shy of Margaret Court’s record 24.

Yet Pironkova’s story heading into their last-eight meeting was perhaps even more remarkable still.

The Bulgarian, who had a son in 2018, was playing for the first time since Wimbledon three years ago and incredibly defeated two seeds en route to meeting Williams.

She had control of this latest clash for long periods, too, leading by a set and a break at one stage, but Williams rallied to triumph 4-6 6-3 6-2.

The 38-year-old gushed in her praise of Pironkova afterwards, however, saying in her on-court interview: “It just shows me how tough moms are.

“Whenever you can birth a baby, then honestly you can do anything. I think we saw that with Tsvetana today. She played unbelievable.

Serena Williams fired 20 aces in her three-set win over Tsvetana Pironkova in the #USOpen quarterfinals.

That is the most aces she has hit in a match since she fired 24 against Victoria Azarenka at 2012 Wimbledon.

“[Playing for the first time since 2017] is unbelievable. Wow. I couldn’t even do that. I could barely win a match when I came back. She’s incredible.

“That’s why I say I’m most influenced by moms. Like how do you do it?

“You play a match, you go home and you’re still changing diapers. It’s like a double life. It’s really surreal.”

Williams will now take on Elise Mertens or Victoria Azarenka in the semi-finals on Thursday and is targeting a faster start.

“But at the same time, I need to work out how to start a little bit faster.”