Home » News » WTA » Victorious Barty defends No 1 status: “I have nothing to prove to anyone”

Victorious Barty defends No 1 status: “I have nothing to prove to anyone” 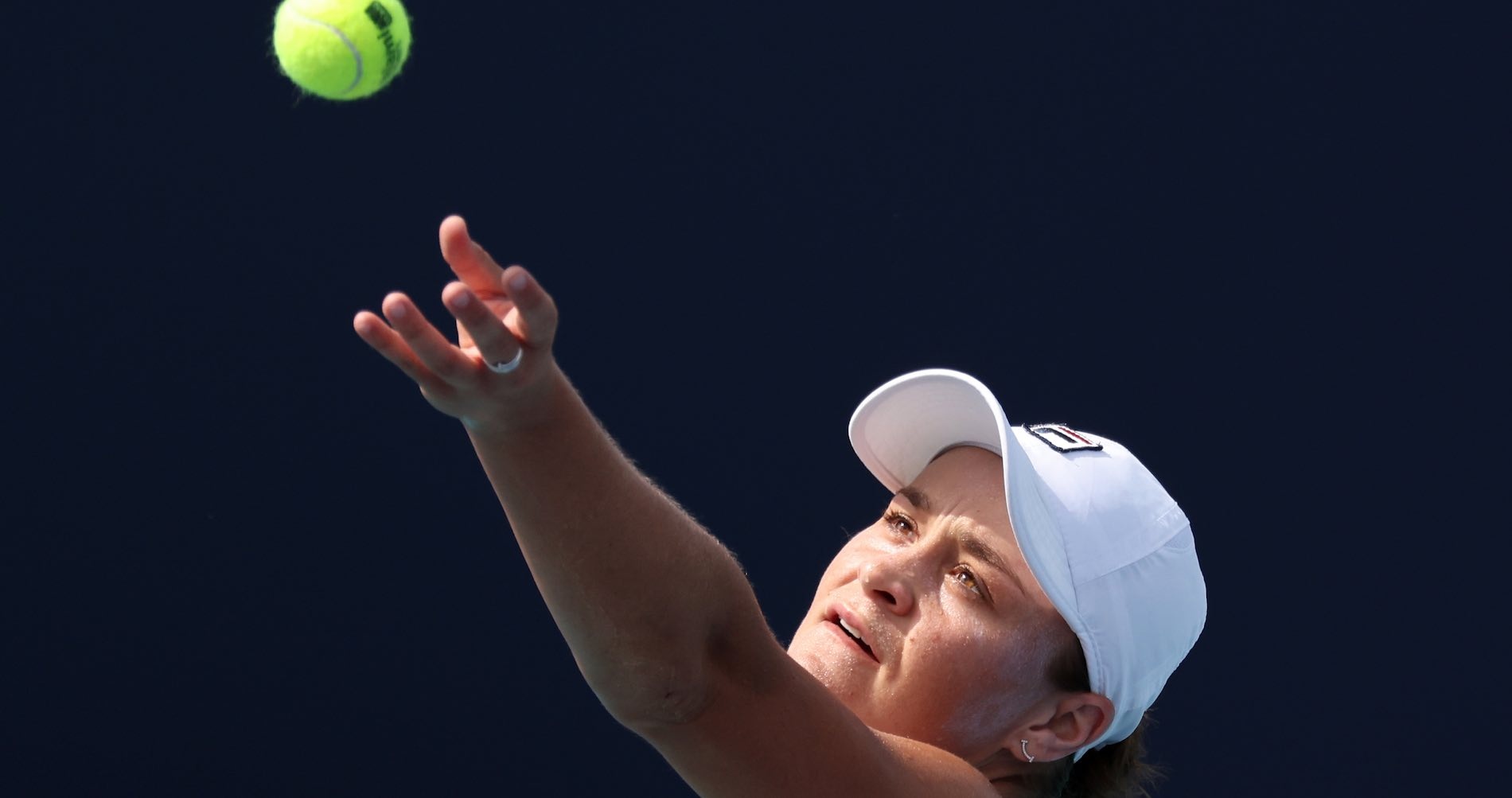 Mar 29, 2021; Miami, Florida, USA; Ashleigh Barty of Australia serves against Victoria Azarenka of Belarus (not pictured) in the fourth round in the Miami Open at Hard Rock Stadium.

Ash Barty said she had “nothing to prove to anyone” after she won the Miami Open on Saturday for a second time to consolidate her place as the world’s No 1.

Having not played after the Tour resumed in August 2020, due to concerns over the Coronavirus and travel difficulties, Barty admitted she had heard the accusation that she had only managed to stay on top due to the changes to the WTA rankings, which have been extended to two years due to the pandemic.

It's been a Barty party in Miami. pic.twitter.com/jVMYO7H0B8

But after beating Bianca Andreescu in Saturday’s final, the Canadian retiring when trailing 6-3, 4-0 due to a foot injury, the Australian defended her status as the world’s best player.

“I never had to prove anything to anyone,” she said. “I know all the work I do with my team behind the scenes. I know there’s been a lot of talk about the ranking but I didn’t play at all last year and I didn’t improve my points whatsoever. Yes, I didn’t lose any but I didn’t improve, I didn’t play any at all. There were girls who had the chance to improve theirs. I feel I thoroughly deserve my spot at the top of the ranking. The year we had in 2019 was incredible. I never feel like I have to prove anything to anyone.”

The Australian’s place at the top of the rankings had been under threat from US Open and Australian Open champion Naomi Osaka, but the Japanese’s quarter-final defeat means she will have to wait her chance.

“Everyone’s entitled to their opinion. I can’t control what anyone thinks or says. I feel like we deserve to be top of the rankings. We had such a fantastic season (in 2019). And everyone needs to understand it’s a pandemic, it’s probably once in a lifetime thing for a lot of us to go through, so it’s a difficult situation but it doesn’t get to me…it doesn’t stress me out at all.”

Ash Barty is the 1st top seed to win #MiamiOpen since Serena Williams in 2015.

She is the 6th woman to successfully defend @MiamiOpen.

Due to the difficulty in returning to Australia, and the mandatory quarantine necessary on arrival, Barty said earlier in the week that she is likely to be away from home until the end of the season. Winning in Miami, she said, made it feel like the trip is already worthwhile.

“It felt like a long trip,” she said. “The fact now we’ve had a really successful couple of weeks, to be able to have the title at the end is a bonus. To be able to defend a title for the first time in my career is really special.

“I go to Charleston next week. Then we’ll look forward to getting over to Europe to get on the red clay in Stuttgart, Madrid and Rome…before we go into Paris. Hopefully all the cities will stay safe, we can play in a safe environment and we can go there and do what we love doing.”