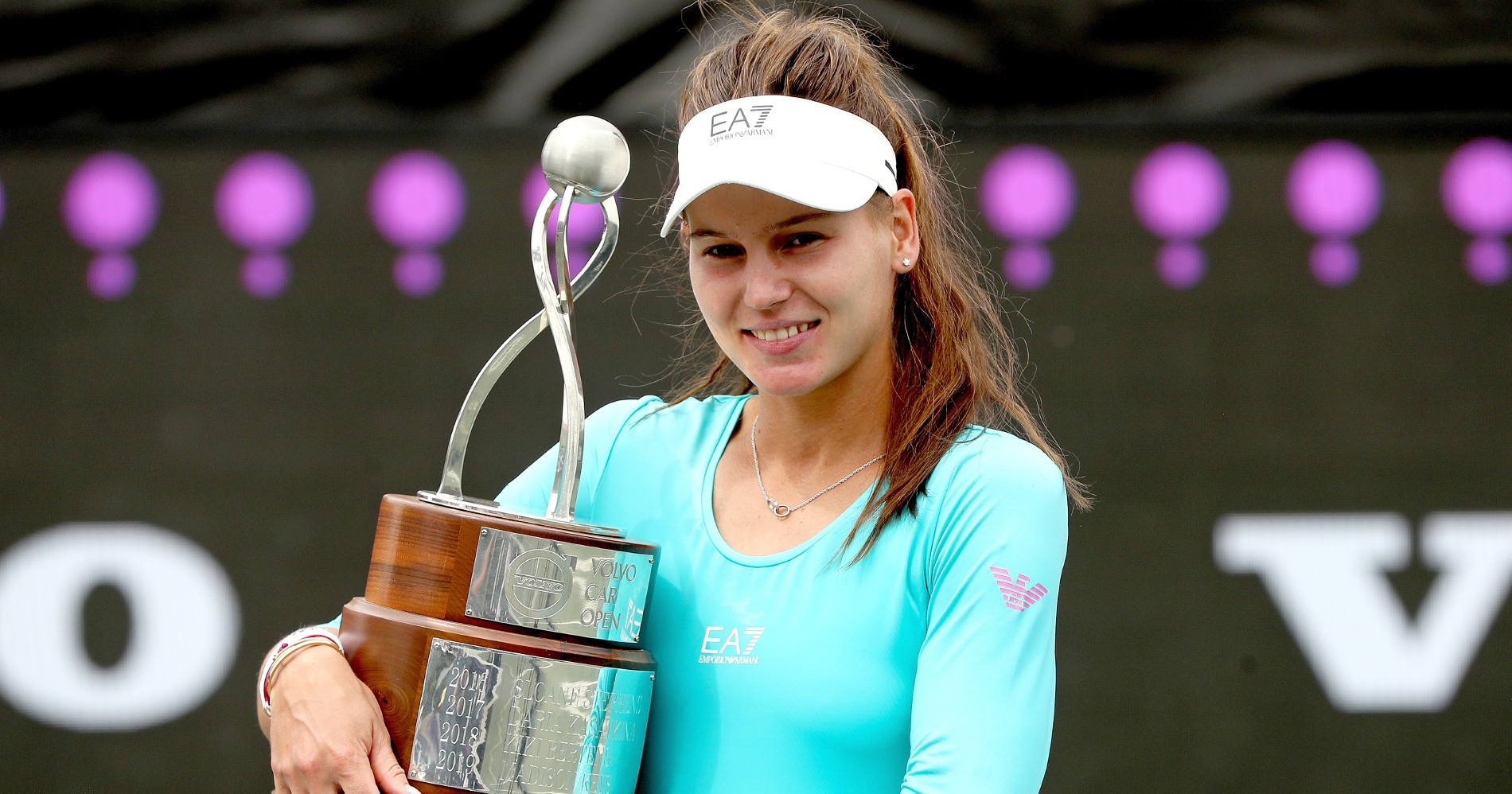 Veronika Kudermetova became the first winner of the Charleston Open since Serena Williams (2012) to triumph without dropping a set all week.

Kudermetova didn’t think she was going to win the title this week in Charleston, but her body language on the court, and her execution under pressure, told a different story.

The 23-year-old Russian confidently moved through the draw without the loss of a set and claimed the Volvo Car Open on Sunday with a commanding 6-4, 6-2 victory over Montenegro’s Danka Kovinic.

“To be honest when I came here I did not believe I could take the title here, because I [did not have] good preparation before Miami, and in Miami, because I had a lot of troubles in my head and when I came here I said to myself ‘Veronika you just need to work. Just work, that’s it,’” she said. “And when I started to play matches, I focused on my work, just tactical work and that’s it, and I think match by match I just started to play well, I was really dominant every match but all the matches were really tough, tough matches for nerves, and tennis, but I am really proud of myself that I can take my first title, and I am really happy.”

Kudermetova is the second WTA player to claim a maiden title on Sunday, and the fifth so far in 2021. She joins Colombia’s Maria Camila Osorio Serrano, who won in Bogota on Sunday, as well as Clara Tauson (Lyon), Sara Sorribes Tormo (Guadalajara) and Leylah Fernandez (Monterrey).

Trust and patience: the keys to victory

Kudermetova says that trusting in her game and her ability to remain steady from the baseline helped her knife through the draw without losing a set this week on the green clay in Charleston.

“I think most important this week that I understand that I can play, 10, 12, balls in the court, start to play longest rallies and I think it’s really important for me and it helps me here a lot,” she said. “I think it’s trust and belief in myself.”

The Russian dropped just 33 games in six matches this week, but it’s not that statistic that excites her.

“I feel amazing,” she said. “For me it doesn’t matter that I am not losing the one set, for me it’s more important that I can take my first title, but I really feel amazing and proud of myself.”

Not one set dropped

The Copa Colsanitas title went to Colombian 19-year-old Maria Camila Osorio Serrano, a former US Open junior champion who entered the tournament on a wildcard but came through the field to also grab a first senior singles title.

She sank the trophy prospects of Slovenian fifth seed Tamara Zidansek, with the world number 180 recording a 5-7 6-3 6-4 victory, describing her success as “unreal”.

“I still cannot believe that I won the title,” she said. “I did a really great match against Tamara, and I didn’t know how I turned the match because I lost the first set and I was a little bit tight, so I still cannot believe I won. But yes, I’m super happy and excited because because with this tournament my calendar also it’s going to be more open, I have more options to see and play bigger tournaments, so I’m super, super happy after this win.”