Carlos Alcaraz seemingly cannot be stopped right now. The teenager advanced to the Miami final by beating Hubert Hurkacz on Friday and he will battle Casper Ruud for the title on Sunday. 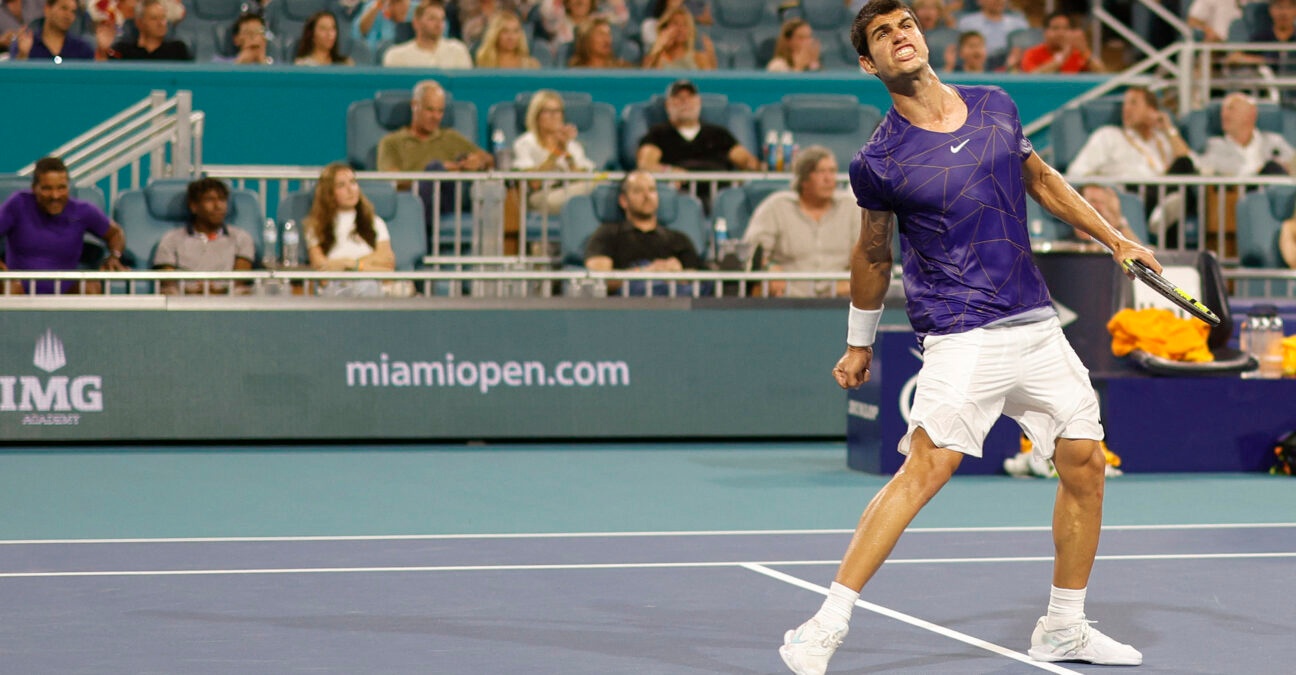 The future appears to be now when it comes to Carlos Alcaraz.

Tipped many to be the next great player in the footsteps of Rafael Nadal, Roger Federer, and Novak Djokovic, Alcaraz may not have to wait long to achieve greatness. At only 18 years old, the Spaniard is through to the final of a Masters 1000 tournament after beating Hubert Hurkacz 7-6(5), 7-6(2) on Friday night. In a match that featured zero breaks of serve, Alcaraz prevailed after two hours and two minutes.

Alcaraz was coming off a quarter-final thriller against Miomir Kecmanovic in which he trailed 5-3 in the third-set tiebreaker before reeling off the last four points of the match. The opening frame of play against Hurkacz progressed in similar fashion, with both players holding serve he entire way followed by Alcaraz falling into a 5-3 hole. Once again, though, the world No. 16 seized the final four points to steal the ‘breaker.

Set two went much the same way, as neither man could seize a breakthrough in the return game. Twelve holds later, another tiebreaker had to separate the two competitors. This time around, Hurkacz — the defending Miami champion — never had the upper hand. Alcaraz raced to a 6-2 lead and converted his first match point by forcing the Pole into a forehand volley error.

“I couldn’t return his serves,” Alcaraz admitted. “I knew the match was going to be long sets like 7-6, 7-6. At the beginning of the sets I saw that I couldn’t return. I thought, ‘well, we are going to play a tiebreak.’ I was at least trying to [hold] my serve. It was little bit different [than the match against Kecmanovic] just with serves, but it’s a great win for me.”

Alcaraz’s reward for his most recent victory is a spot in a Masters 1000 title match against Casper Ruud, who defeated Francisco Cerundolo earlier in the day.

“I have a lot of emotions right now,” Alcaraz said. “It’s what [I] dreamed of when [I was] a child. It’s pretty good to be in a final here in Miami. I love playing here; the crowd was amazing.”

Alcaraz vs. Ruud in Miami final

Ruud and Alcaraz will be going head-to-head for the second time in their careers on Sunday. Their only previous encounter came last spring on the red clay of Marbella, where the youngster cruised 6-2, 6-4.

“I think we all can see like how talented he is, (and) that he has a very good mind for tennis,” the Norwegian praised. “He understands the game very well. He knows when to hit certain shots and when probably not to. But he is — at his highest level — very, very good. He also plays high risk, I think, so he goes for the shots quite often. Hopefully he will miss a couple of those.

“I played him last year. I think he played a very good match. You know, I barely had any chance at all. He was just coming out firing flames at me…. Obviously I think we all know how great of a player he already is and how we will see him around for many years.”

Ruud is definitely right about that. 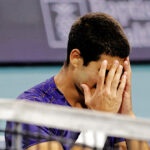 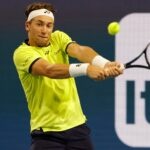