Tiafoe upsets Tsitsipas in straight sets in Wimbledon first round

Stefanos Tsitsipas is out in the Wimbledon first round, as he falls to Frances Tiafoe in straight sets on Monday. 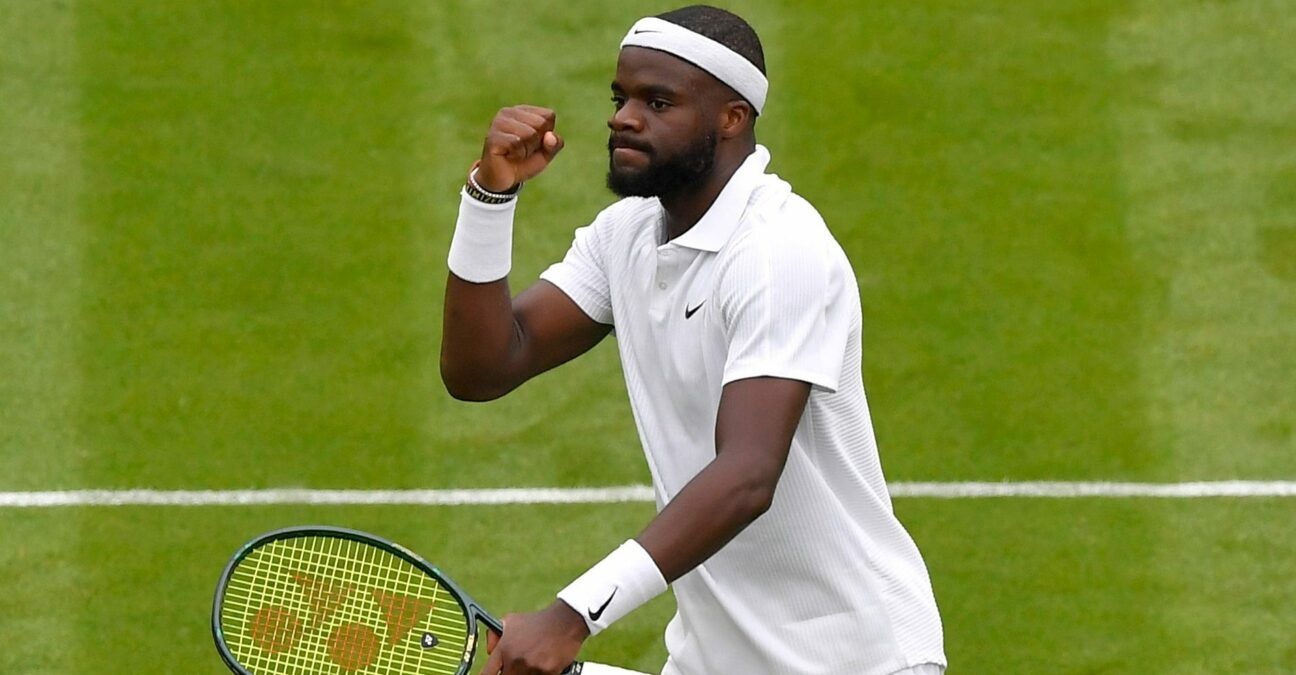 Tsitsipas, who led Novak Djokovic two sets to love in the Roland-Garros final before falling in five, lost to Frances Tiafoe 6-4, 6-4, 6-3 during first-round action at the All-England Club on Monday afternoon. Tiafoe pulled off the upset of the No 3 seed after two hours and two minutes.

These two players’ preparation for Wimbledon could not have been more different, and it showed. Tiafoe played a total of nine grass-court matches across three tournaments, including a Challenger title in Nottingham. Tsitsipas did not play a single grass-court match in between the two slams. Unsurprisingly, it was an in-form Tiafoe who started fast on Monday. The American broke serve in the opening game of the match and consolidate his advantage throughout the first set.

Tiafoe fought off one break point 2-1 and that proved to be a theme in the overall contest. The world No 57 also saved three break points in the second and three more in the third.

Although Tsitsipas did have some chances, he was without question second best on the court from start to finish. The fourth-ranked Greek struck the same amount of unforced errors as his opponent (22) but recorded only 35 winners to Tiafoe’s 43. Another key statistic was Tsitsipas winning just 42 percent of his second-serve points, whereas Tiafoe won 67 percent of the points even when he had to toss in a second delivery.

“For sure lack of matches was crucial today,” Tsitsipas admitted. “I kind of started feeling my game a bit better towards the end of the third set — middle of the thirds et. I felt my strokes better; I felt like I was able to apply more pressure and feel the court better. I obviously didn’t want it to be like this, to get to the point where I’m completely out of control. But (it’s) fair to say he played really well. I wasn’t able to maintain the intensity. I wasn’t able to put something better than him. It ended up going his way.”

“It sounds pretty damn good,” Tiafoe said of a straight-set win over Tsitsipas. “From start to finish it was pretty clean. This is what you’re training for; this is what it’s all about.”

It was simply Tiafoe’s day. For Tsitsipas, it’s another major that ends in disappointment — and it ended much sooner than expected.

“That guy’s special,” Tiafoe said of the 22-year-old. “He’s going to do a lot of great things and win a ton of Grand Slams…. But not today.”