Andrey Rublev in 2020: Best year yet for young Russian

It was an outstanding, breakthrough year for the young Russian despite a slightly disappointing exit at the Nitto ATP Finals. Now he has plenty to look forward to in 2021. 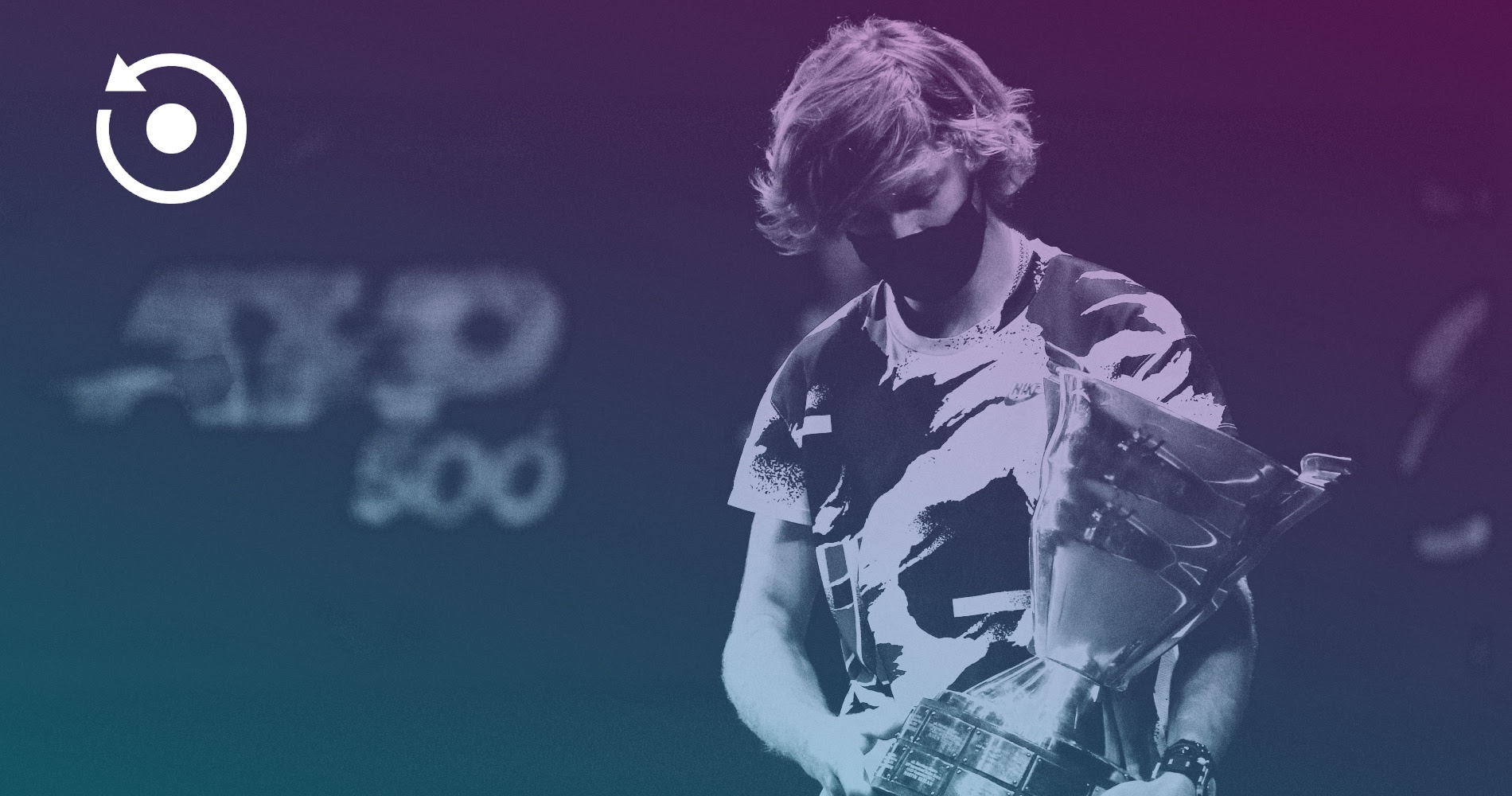 Andrey Rublev had the best season of his career in 2020. He is the player who won the most titles (five) and won the second-most matches (40) behind Novak Djokovic. The Russian, who twice equalled his best Grand Slam performance (quarter-finals at the US Open and Roland-Garros), has passed a real milestone. The hardest part is coming — he needs to consolidate in 2021.

The Moscow native’s quintet of titles in 2020 is his best total in a single season. More impressively, twice he won two tournaments consecutively! At the start of the year, he won in Doha and then Adelaide. In October, he had a series of successes in St. Petersburg and Vienna, two ATP 500 events – showing just how impressive physically and mentally Rublev can be. 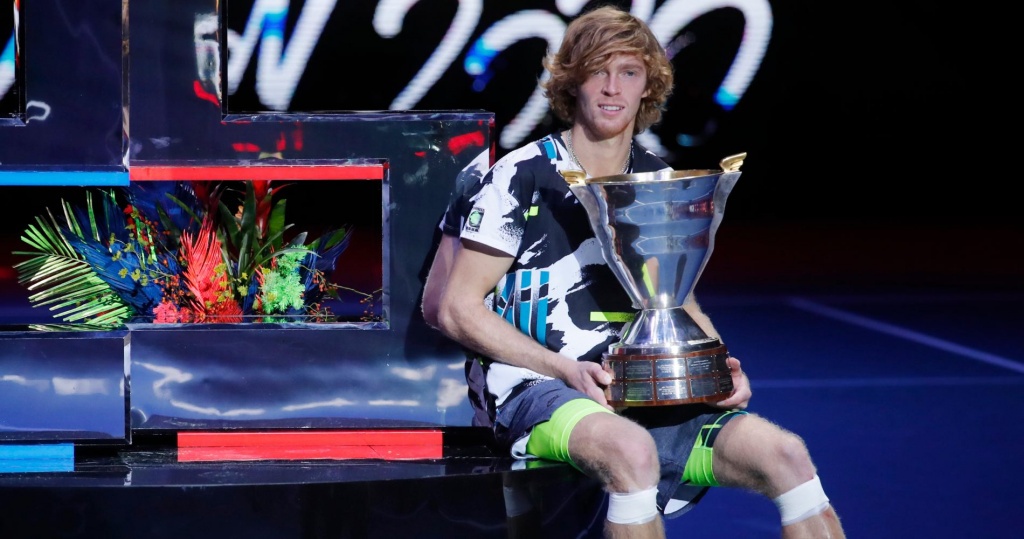 Best Grand Slam result: Two quarters at the US Open and Roland-Garros

Andrey Rublev managed the US Open-Roland Garros sequence well, a tricky swing of Slams this year because of the pandemic. The Russian reached the quarter-finals in both, a feat only accomplished by Dominic Thiem, matching his best performance in a slam (he previously made the quarter-final at the 2017 US Open). In New York, he fell against his compatriot Daniil Medvedev (7-6, 6-3, 7-6). In Paris, he was eliminated by Stefanos Tsitsipas (7-5, 6-2, 6-3).

Rublev won five titles in 2020 – more than anyone else on tour. That can’t be criticised. And he says the most special one was the trophy he lifted at home in Russia.

High point: A first success in the ATP 500

The first four titles of his career came in Umag, Moscow, Doha and Adelaide, four ATP 250 events. So in September, Rublev passed a milestone by winning an ATP 500 tournament for the first time in his career, in Hamburg on clay. And to top it off, he beat one of the top 10 in the final, Tsitsipas (6-4, 3-6, 7-5).

Rublev only experienced defeat in the first round of a tournament this season. That was in Cincinnati (relocated to New York) when the ATP circuit resumed after a five-month hiatus, and Rublev lost to Dan Evans — then 28th in the world (7-5, 3-6, 6-2). However, it was not enough to disturb the 23-year-old too much; he reached the quarter-finals of the US Open two weeks later. 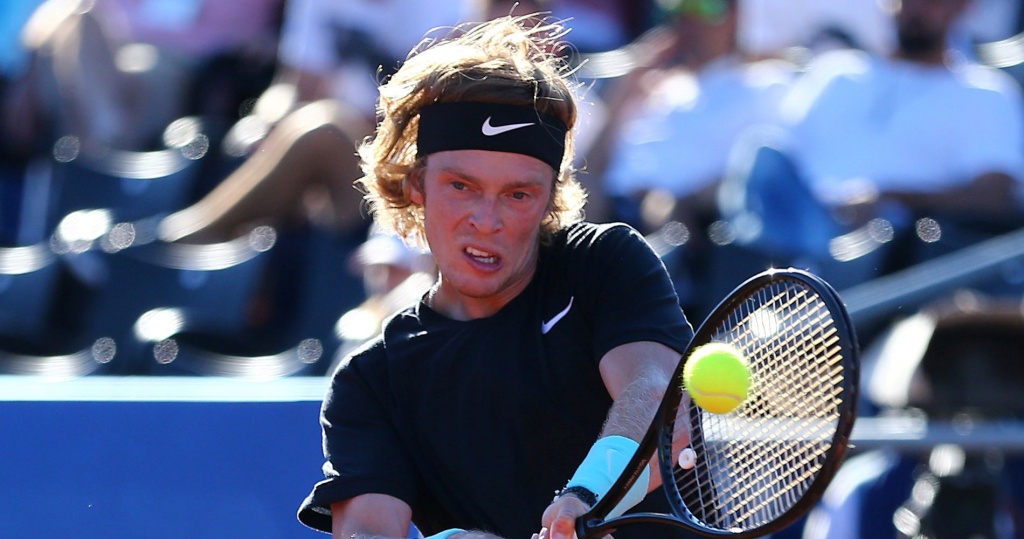 Rublev’s lowest moment of 2020 came when his grandmother passed away in early October. Growing up, his school was right by his grandparents’ house so he saw them frequently and had a close relationship. He won the Vienna title shortly afterward, an especially emotional victory because his grandmother was Austrian.

Rublev also has a passion for environmental issues, focused on saving the oceans and reducing pollution. He is interested in music, as well.

Self-assessment: “An incredible season for me”

After his loss to Tsitsipas in his second round-robin match at the ATP Finals, which meant elimination from the tournament, Rublev took stock of his formidable 2020 season.

“Of course I’m very happy with my season. I’ve won tournaments that I’ve never won before. I’ve won more tournaments and games than in my entire career. I’m not going to complain. I’m in the top 10 for the first time. Yes, it’s been an incredible season for me. Nothing to say. It could have been better but it could also have been good, good, much worse. “ 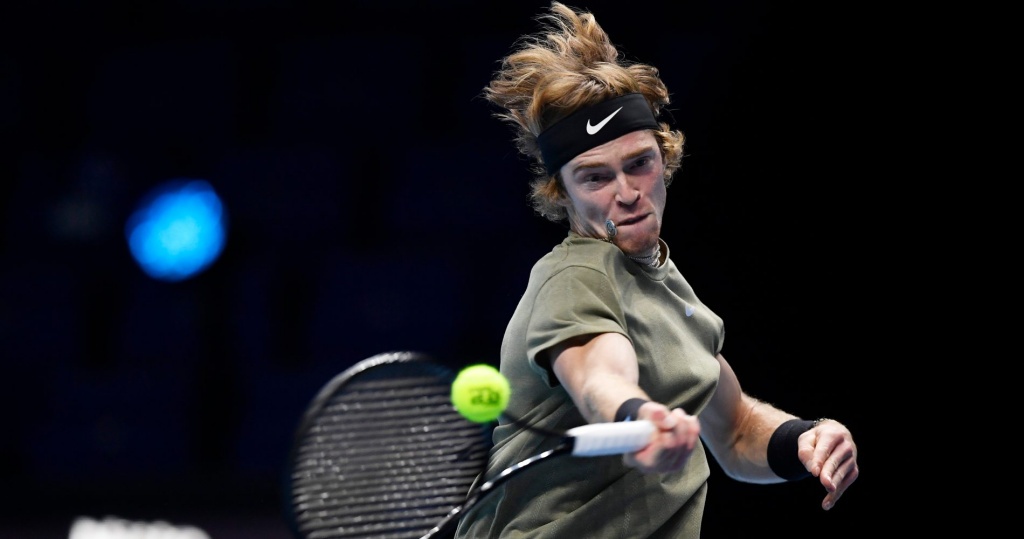 Rublev has reason to be happy with his 2020 season. He started with two titles in Doha and Adelaide and a round of 16 at the Australian Open. The ATP tour going on hold for five months did not disturb him and he followed the resumption with three titles (Hamburg, Saint Petersburg, Vienna), two quarter-finals in Grand Slams (US Open, Roland-Garros) and a series of 11 consecutive victories between October and November – results which allowed him to get his best ranking (8th in the world) and to play his first ATP Finals.

The Russian passed a real milestone in 2020 when he beat three top 10 players (Thiem, Tsitsipas, and Matteo Berrettini) and showing a very high level of play. He has improved a lot in his head and his tennis is less erratic than before. The next step will be to do better than a quarter-final in the Grand Slam. Rublev will also have to put the best season of his career behind him if he’s to do even better in 2021.