The Russian takes on Casper Ruud in the Monte-Carlo semi-finals on Saturday, one win away from his first ATP Masters 1000 final 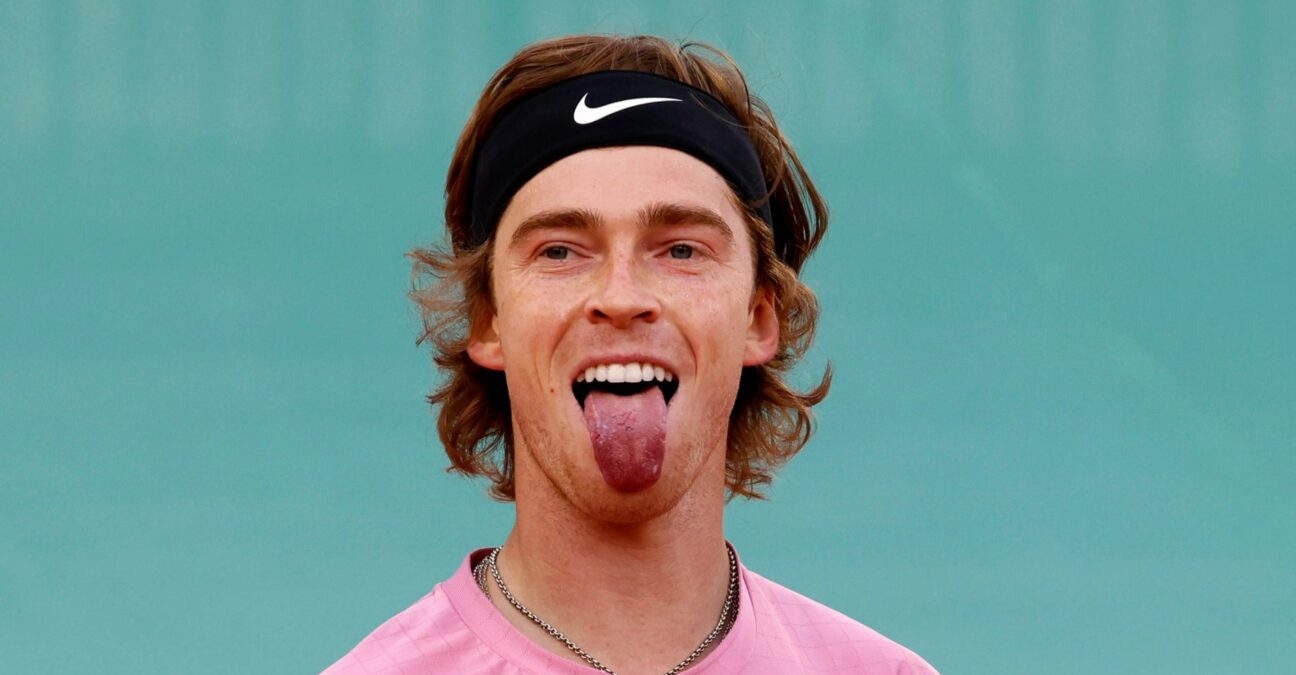 Russian Andrey Rublev revealed that controlling his emotions has been an important factor in his wins over 11-time champion Rafael Nadal and Roberto Bautista Agut at the Monte-Carlo Masters this week.

On Friday, Rublev scored his first career win over the Spaniard, surviving a Nadal comeback in the second set, to win 6-2, 4-6, 6-2 in two hours and 32 minutes.

“I’m happy that I could handle it” – Andrey Rublev

After Rublev jumped to a 6-2, 3-1 lead, the Spaniard, who was let down by his serve, fought back to claim the second set and many expected him to win in three sets. But Rublev remained calm to put that second set disappointment behind him and produce some fine tennis to win the third set and with it the match.

The Russian had also fought hard in his previous round against Roberto Bautista Agut to win 7-6 (2), 5-7, 6-3 on Thursday.

“I mean, I would say this week I am controlling really well my emotions,” Rublev said in his press conference on Friday. “At the end that’s the key. Especially with Roberto, if I would let to show a bit of emotion, I would lose for sure yesterday because he was winning with a break. He had break points for second break. Second set he was winning a double break. Third set I was up with a break and he come back. If I would show a bit emotion, for sure I would lose.”

“Same thing today with Rafa. If after the second set I would say something or if I would show emotions, for sure the third set will be over, will be 6-2 for him. So I’m happy that I could handle it. The way I am, I’m very emotional. I can go from zero to hundred. Next day can be completely opposite. That’s the thing I still need to learn and to improve, to learn how to be able to be like this most of the matches.”

While Rublev was understandably delighted at his win over the 13-time Roland Garros champion, the Russian was aware that Nadal was not at his best on the day.

“If we look about like a player, Rafa, who is the best clay court player in history, then of course it’s one of my best victories for sure. Like him or Roger… But if you look at in a way from other side, how he feel, like for sure he didn’t play his even good level today.”

Rublev also credited Nadal’s ability to deal with the pressure of having to win each time he steps on onto a clay court due to his unparalleled record on the surface.

“In his position is so tough when people expect you’re the best player on clay and you have to win every time. You cannot lose on clay because you’re the best. It’s so tough to play with this feeling. Every time you have to play even great player, like Djokovic or someone else, people still expect Rafa to win because this is clay. It’s so tough to play every time with this feeling. He’s doing this year after year. He’s winning all the tournaments or going deep every time on clay tournaments. This is amazing how he handles this. That’s why he’s one of the legends.”

The Russian also acknowledged that he had been dreaming of beating the Spaniard ever since he was a youngster.

Rublev will take on Casper Ruud of Norway in the semi-finals on Saturday. This will be the fourth meeting between the two, with the Russian winning all their three previous encounters.