ATP Finals: Medvedev wants more Thiem tussles after revelling in one of his ‘best victories’ 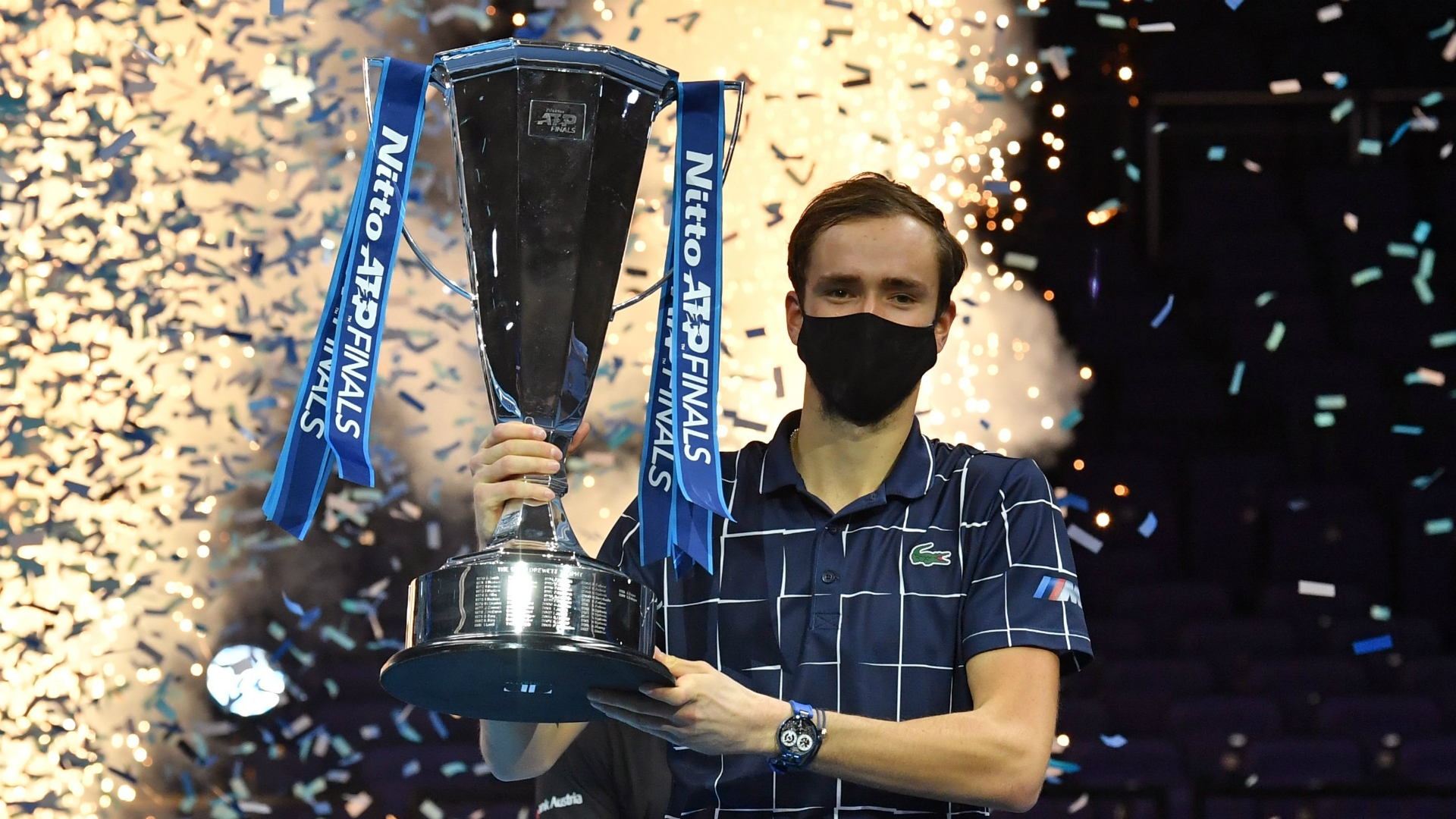 Daniil Medvedev expressed his desire for more matches against Dominic Thiem on the biggest stages after revelling in one of his “best victories” to become ATP Finals champion.

The Russian won a thriller at London’s O2 Arena, coming from behind to win 4-6 7-6 (7-2) 6-4 to overcome an opponent who had defeated him in the semi-finals of the US Open.

Medvedev and Thiem had beaten Rafael Nadal and Novak Djokovic respectively to reach Sunday’s showpiece, which marked the last in the English capital before Turin becomes host to the Finals in 2021.

The world number four had nothing but praise for Thiem, who went on to win the title at Flushing Meadows, when addressing his win after the match.

“First of all, what a match. Maybe one of my best victories,” the champion said.

“I mean, two hours 42, three sets against an amazing player, Dominic congrats for what you achieved in your career, I think your name is already in the history books of tennis.

“So, it’s amazing, you won a grand slam this year. I mean, you’re playing unbelievable. I hope we’re going to have many more matches to come on the big occasions like this – semi-final of the US Open and final here – so congrats to you and your team. You’re doing an amazing job.”

The respect was returned by Thiem, who was typically classy in defeat and reflected on a season that saw him make his major breakthrough.

“Of course, I’m disappointed, but at the same time I’m also proud of the performance, of all the week,” he said.

“Daniil really deserves it. Amazing match, congrats for, in general, another great year as well.

“Amazing month, November, with the Bercy [Paris Masters], title here and I hope we have many great matches to come. It was a pleasure today even though I lost.

“And thanks also to my team for all the support – without the crowd it’s even more important.

“Thanks a lot, we had an unbelievable year as well. Thanks for taking care of me in all the bubbles and I can’t wait for other great years with all of you.”