The first round of the Internazionali BNL d’Italia wraps up on Tuesday. U.S. Open quarterfinalists Denis Shapovalov and Andrey Rublev are among those who advanced. Denis Shapovalov maintained his fine form by defeating Guido Pella 6-2, 6-3 in round one of the Internazionali BNL d’Italia on Tuesday afternoon. The 21-year-old Canadian, who was a quarterfinalist at the US Open, did not get broken a single time while advancing in one hour and 25 minutes.

Andrey Rublev joined Shapovalov in the last 32 with a 6-4, 6-4 victory over qualifier Facundo Bagnis. The 12th-ranked Russian, who was also a quarterfinalist at the season’s second Grand Slam, broke Bagnis four times en route to finishing the job in one hour and 38 minutes. 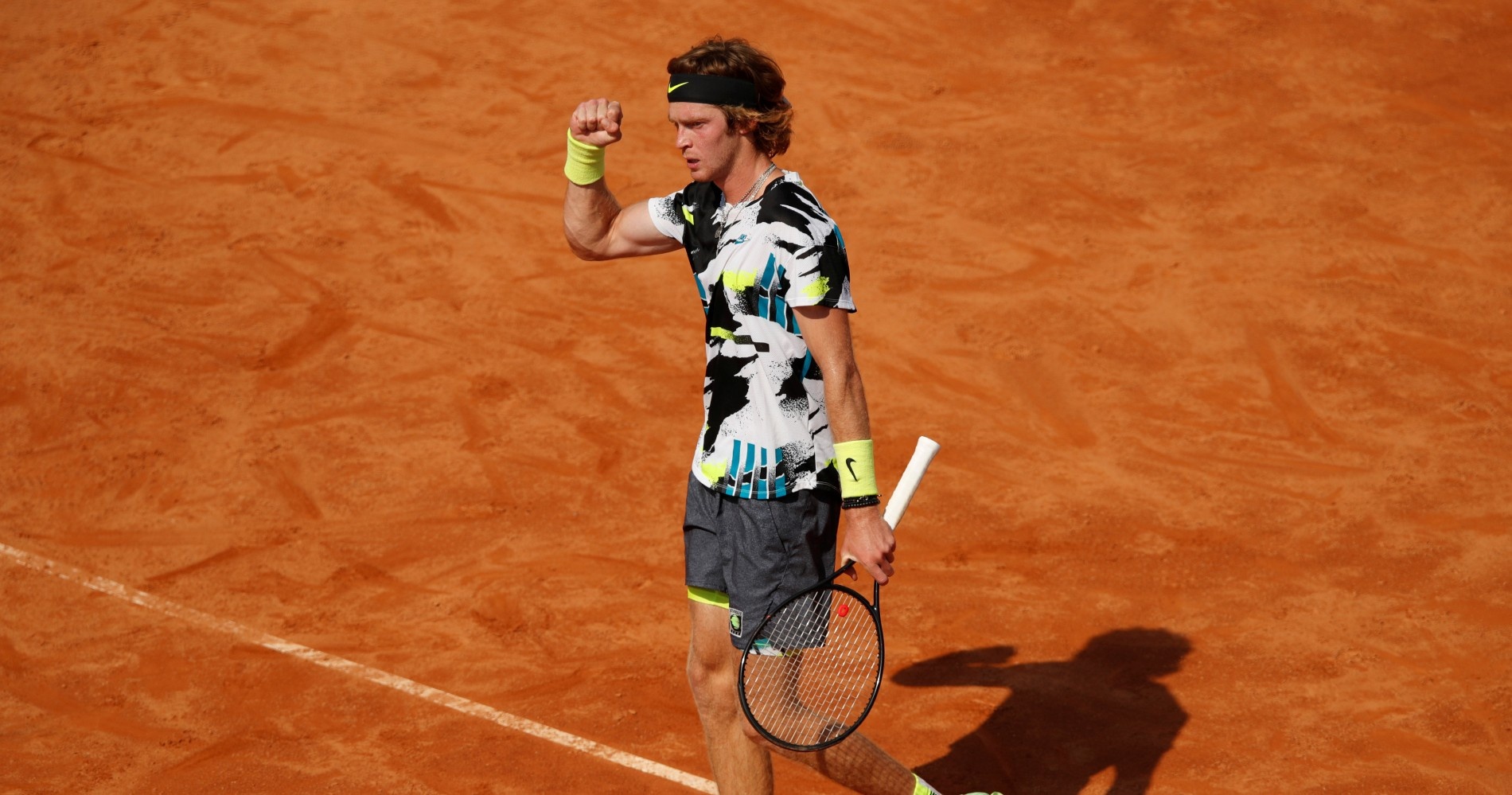 Next up for Rublev is Hubert Hurkacz, a three-set winner over Dan Evans on Monday. Shapovalov will face qualifier Pedro Martinez, who knocked off Sam Querrey 6-3, 7-6(3) in the first round of the main draw.

Shapovalov is not the only Canadian in the second round, as No 13 seed Milos Raonic took care of Adrian Mannarino 7-6(3), 6-2.

We witnessed a final-set tiebreaker in the US Open men’s singles final, and the Rome Masters is already producing similar results–albeit not exactly as dramatic, of course.

Dominik Koepfer qualified for the main draw and used that momentum to upset Alex de Minaur 3-6, 6-3, 7-6(5). In the other marathon thriller on Tuesday afternoon, Italy’s own Salvatore Caruso outlasted Tennys Sandgren 3-6, 6-3, 7-6(4) in two hours and 51 minutes.

Miomir Kecmanovic could not make the quick turnaround from Kitzbuhel to Rome. Two days after capturing the first ATP title of his career, the 39th-ranked Serb lost in the opening round of this Masters 1000 event–6-4, 6-1 to Yoshihito Nishioka. It was mostly routine work in one hour and 17 minutes for Nishioka, who squandered a two-set lead against Andy Murray at the US Open and lost in five sets.

Also ousted on Tuesday were Sam Querrey and Jan-Lennard Struff. Querrey lost to qualifier Pedro Martinez 6-3, 7-6(3), while Struff was sent packing by qualifier Federico Coria via a 6-1, 7-6(5) decision.