Every day Tennis Majors looks back to the biggest moments in tennis history. On December 16, 1990, Pete Sampras beat Brad Gilbert in the final of the newly established Grand Slam Cup, in Munich, to earn no less than $2 million prize money, a record at the time. 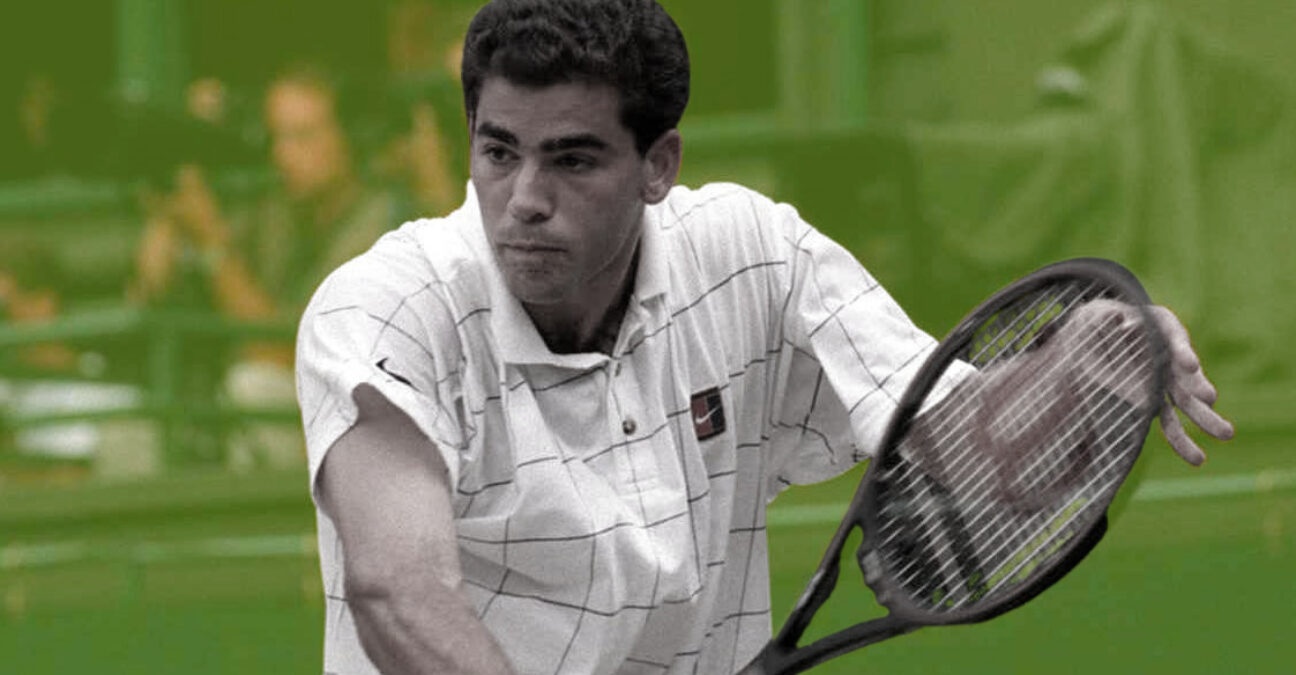 On this day, December 16, 1990, a19-year-old Pete Sampras, who had recently become the youngest US Open champion in tennis history, finished the year in style by defeating the experienced Brad Gilbert in the final of the Grand Slam Cup (6-3, 6-4, 6-2).  By clinching this title, the young American earned no less than $2 million, which, at the time, was the biggest prize money ever received by a tennis player in one tournament.

Pete Sampras was born in 1971. Although he was a part of a golden American generation, along with Andre Agassi, Michael Chang and Jim Courier, he was the last of them to become a top player. At the end of 1989, while his rivals had all claimed titles and achieved remarkable Grand Slam performances, Sampras was only No 81 in the world. In November that year, Ivan Lendl, world No 1 at the time, invited him to his house to practice with him for ten days: the young American then realized what kind of work ethics were required to become a champion. Six months later, he had already broken into the top 20 after having claimed his first two titles in Philadelphia and Manchester. In September 1990, ranked world No 12 in the world, he caused one of the biggest surprises in the history of the US Open, where he delivered a perfect match to rout Andre Agassi in the final (6-4, 6-3, 6-2). The Californian was the youngest male player to ever win the tournament, a record previously held by John McEnroe, and by December, he was world No 5.

The place: The famous Olympiahalle, Munich

The Grand Slam Cup was established in 1990 by the International Tennis Federation to compete with the ATP year-end Masters Cup. The 16 best-performing players in the year’s Grand Slam events qualified to compete in the event, and, after the two first rounds were played under a best-of-three sets format, the semi-finals and the finals were best of five sets. The Grand Slam Cup was a controversial tournament. Paying out the highest prize money of any tournament in tennis, it didn’t distribute any ATP points. On top of that, it was held in December, after the top players had already played a very long season.

The facts: Sampras sweeps aside Gilbert for title

The final of the first edition of the Grand Slam Cup, the year-end event established by the International Tennis Federation, featured Pete Sampras and Brad Gilbert. For both players, in Munich, the road to the final had been quite rocky, although for different reasons. The 19-year-old Californian, who had recently triumphed at the US Open, escaped two consecutive scares in the first rounds, against Andrei Cherkasov (5-7, 6-2, 7-5) and Goran Ivanisevic (7-6, 6-7, 8-6), but easily won his semi-final clash against Michael Chang (6-3, 6-4, 6-2). Gilbert, on the other hand, had to deliver a very tense five-set combat in the semi-finals to eliminate David Wheaton (3-6, 6-3, 7-6, 2-6, 6-4) after the players almost came into a fight at a changeover at the end of the third set. According to Gilbert himself, quoted by The New York Times, “It was in the heat of the moment and we are playing for a lot of money.”

Gilbert was right: no other tournament had ever offered a prize money comparable to the Grand Slam Cup. In total, $6 million was distributed to 16 players, with $2 million for the champion and $1 million for the runner-up. In comparison, Sampras, when he had won the US Open three months before, had earned “only” $350,000.

However, although in the semi-finals, Gilbert had shown that he could push his limits with so much money at stake, this time, even the idea of earning an extra million dollars didn’t help him against a roaring Sampras. On a very fast surface, the US Open champion delivered an amazing performance: with 16 aces and 12 service winners, he faced only one break point in the entire match. Combined with 14 forehand winners, it was too much for Gilbert, who was swept off the court (6-3, 6-4, 6-2).

“From the middle of the second set on I felt hapless,” said Gilbert, according to The New York Times. “He was serving big and that gave him the chance to break me, and he was outplaying me from the baseline and when I saw that I knew it was going to be a lot of problems.”

Sampras was obviously thrilled by his performance. “I just felt similar to when I beat Agassi at the U.S. Open, that anything I hit turned to gold,” Sampras said .”I was as confident as I was at the U.S. Open.”

The young American, who was only ranked 81 in the world 12 months before, cashed $2 million, the biggest prize money ever seized in one tournament by a tennis player. However, the outrageous amount of money he had just earned didn’t make his head spin. “That’s the reason why Becker and Edberg and Lendl have so much money and they’re still looking after being No 1 in the world and winning Grand Slams. There are far better goals and pride rather than making a lot of money.”

What next: Sampras starts to dominate, Gilbert becomes “super-coach”

Gilbert would slowly decline in the early 1990s, and he would then become famous as a tennis coach, leading Andre Agassi to become world No1. He would also write a book, Winning Ugly, where he would explain his views on the game. After his coaching career would end, Brad Gilbert would work as a well-respected TV commentator.

The controversial Grand Slam Cup would survive until 1999, and it 2000 it would be merged with the Masters Cup into one year-end tournament. 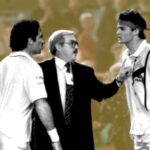 December 15, 1990: The day Gilbert and Wheaton had to be separated by an official in the midst of a heated match
tennis majors 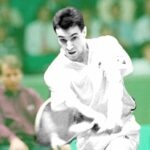